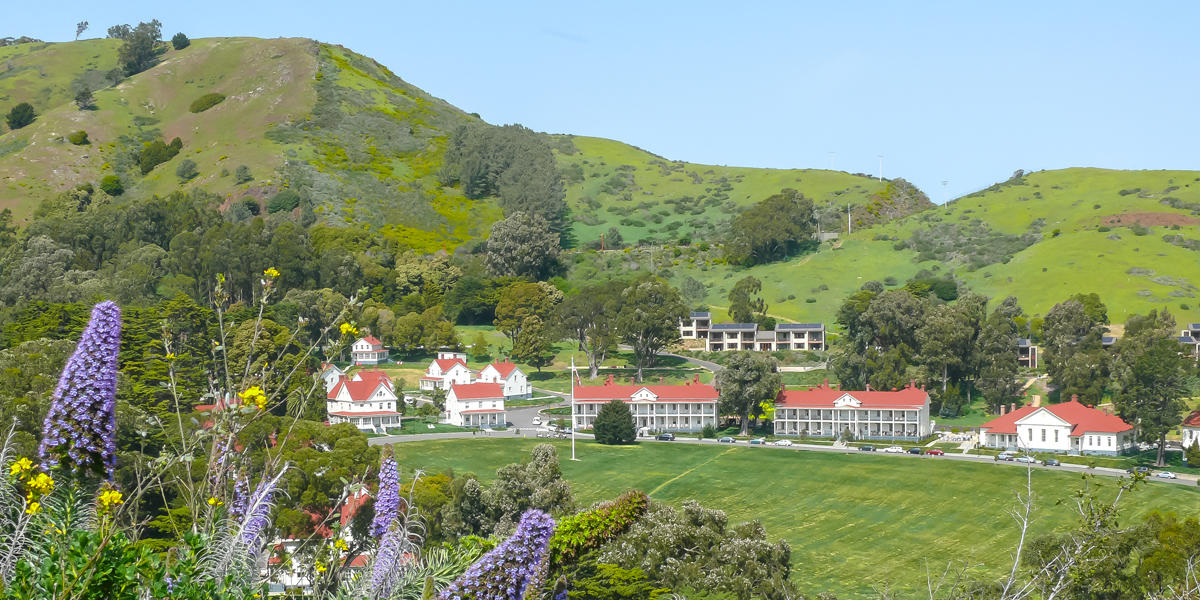 Have you ever looked down at the rows of buildings below while working at our beautiful Wolfback Ridge? If you have, you probably know those buildings are a part of Fort Baker, a national park site with a lodge. It was redeveloped 11 years ago from a military base into the Golden Gate National Parks site that we know today, with a mission in part to help environmentally-focused programs get their message out. But how did this military base end up as a national park site?

Established during the military buildup after the Civil War in the 1890s, Fort Baker provided housing for the Coast Artillery Corps, which was created in 1901 to man the batteries and coastal fortifications constructed during the Endicott Period of peacetime military buildup. The Coast Artillery Corps manned batteries Yates, Spencer, Kirby, Duncan, and Orlando Wagner.

During the period of demilitarization right after the Cold War, Fort Baker was decommissioned in 1995 as part of a federal program. In the same year, the Parks Conservancy began to raise funding to support the National Park Service (NPS) as it began to transform Fort Baker into its new purpose as a national park site. After acquiring funding for planning studies and gathering feedback from the public, the NPS settled on turning Fort Baker into a lodging and retreat center. The last contingent of soldiers in Fort Baker moved their activities to Camp Parks, Calif., in 2000. The fort was transferred to the Golden Gate National Recreation Area and turned into a national park site in 2002.

The NPS and Parks Conservancy started conversations with potential private partners to find a firm that could develop the project, save and re-use the historic buildings, and have the least negative effect on the traffic, environment, and scenic quality around Fort Baker. After a competitive process, the Fort Baker Retreat Group, a partnership of firms Passport Resorts and Equity Community Builders, was chosen as the private development partner of the project. Cavallo Point Lodge was created with this partnership of Fort Baker Retreat Group and the NPS. A 60-year lease of the property was established between the NPS and Passport Resorts, requiring Cavallo to pay a certain amount of money every year for the maintenance of the lodge by the NPS. 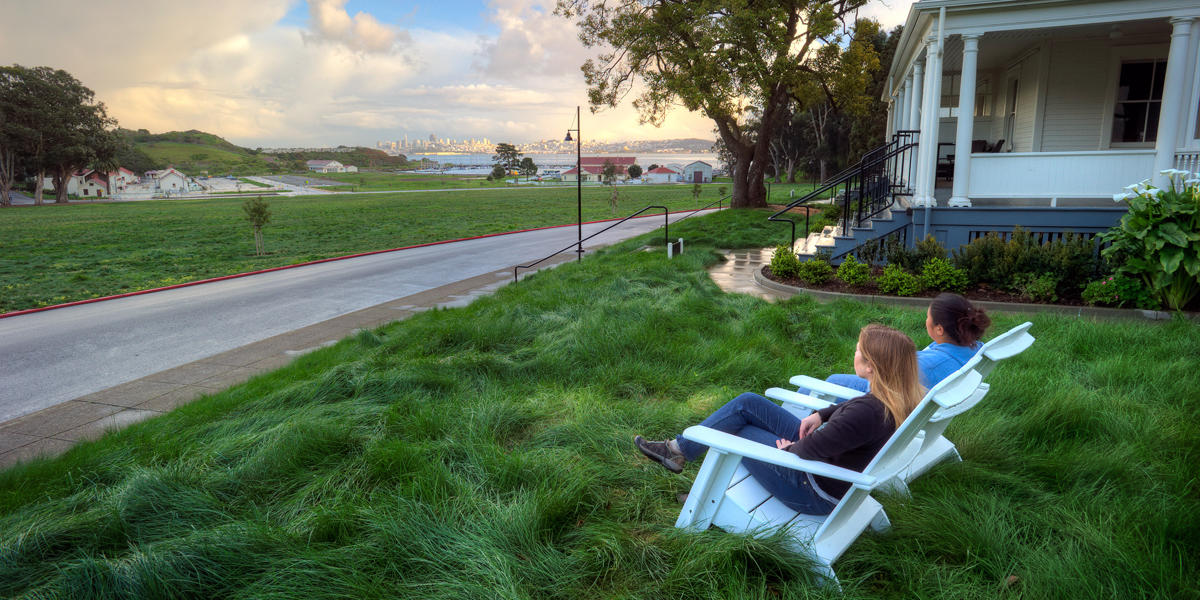 To help fund the vision for the project and the planning effort, the Conservancy received grants from the Marin Community Foundation. The lodge was also designed to be environmentally sustainable and energy-efficient to help with costs in the long run, and to fit with the Standards of Rehabilitation of the Department of the Interior to qualify for a historic rehabilitation tax credit, establishing a 20 percent tax credit for the restoration of Fort Baker’s buildings. Funding for infrastructure was also secured from the Department of Defense.

To reach a larger audience and contribute to the public good, the Institute at the Golden Gate was founded by the Parks Conservancy, and began its operations at Fort Baker. The Institute at the Golden Gate reimagines parks as catalysts for social good, making them more vibrant, relevant, and valuable for all. Enhancing that mission is the Institute’s ability to convene nonprofit and government agencies focused on environmental sustainability and, in collaboration with Cavallo Point, offer discounted rates to utilize the unique space.

The redevelopment project was completed in 2008, and since then, the NPS, Parks Conservancy, and the Fort Baker Retreat Group have been partnered up to keep the park a hub for public good and environmental awareness. Fort Baker today stands as a testament to just what partnerships between private, nonprofit, and government institutions can achieve, for your eyes to enjoy while you’re helping us protect the endangered mission blue butterfly at Wolfback Ridge.