The island, once an 1850s military fort, is the site of the West Coast’s first lighthouse (since replaced by the current lighthouse) and the birthplace of the Native American “Red Power” movement (sparked by an occupation of Alcatraz from 1969-1971). Gardens, tidepools, nesting birds, stunning bay views, and a compelling new exhibit addressing issues of incarceration in the United States today are also among its many attractions.

To protect the health of those who work and visit national parks, visitors must adhere to all current COVID-related CDC, state, and/or local public health ordinances.

Visitors must adhere to CDC, state, and local public health guidance by social distancing and wearing a face mask when in NPS buildings and facilities.

Make sure to check out the Parks Conservancy's award-winning "Doing Time: The Alcatraz Cellhouse...

Lighthouse
Alcatraz was the home of the West Coast’s first lighthouse. Equipped with a simple oil lamp, the Alcatraz light began guiding ships in 1854. In 1909, when construction of the cell house threatened to block the light, the old lighthouse was replaced with the iconic 84-foot tower seen today. The tower’s automated rotating light continues to be a key navigational aid.

Fortress Alcatraz
The oldest extant structure on the island, the sally port, dates to the 1850s when Alcatraz was fortified by the US Army. At the dock, look for Building 64, Fortress Alcatraz’s original barracks building. Other relics of the island’s military past include a parade ground, the ruins of officers’ cottages, and the first floor of the original military citadel (an inaccessible maze under the cellhouse).

The Cellhouse
During Prohibition and the Great Depression, the federal government developed a new type of prison for the most incorrigible troublemakers. The maximum-security, minimum-privilege Alcatraz facility was specially designed for inmates so troublesome that other federal prisons couldn’t handle them. During its 29 years of operation, more than 1,500 convicts were incarcerated here. The expense of operating and maintaining such an isolated facility brought about the prison’s closure in 1963.

Learn more about the prison’s history through the self-guiding audio tour, which features the voices of inmates and correctional officers (and their families) who lived and worked on Alcatraz.

Native American Occupation
While Alcatraz stood empty and the federal government debated its fate, a boatload of 89 Native Americans claimed the island as “Indian land.” Frustrated by lack of support and personal tragedies, and confronted by US Marshals, the last of the occupiers left Alcatraz in 1971. While the occupation was short-lived, its ramifications were not: Native American pride surged and the US government abandoned its attempts to eliminate the Native American reservation system.

The Gardens of Alcatraz
Military and prison personnel transformed portions of Alcatraz from barren sandstone rock to gardens of lush leaves and colorful blossoms. Once the prison closed in 1963, the neglected gardens became overgrown and wild. Today, through the efforts of dedicated volunteers, the Garden Conservancy is partnering with the Golden Gate National Parks Conservancy to bring the gardens back to life! Visitors can now see a host of unique plant varieties no longer commercially available. For more on the gardens, visit www.alcatrazgardens.org.

A National Park
In 1972, Alcatraz was added to the newly created Golden Gate National Parks and was opened to the public in 1973.

Find your passion through the many events available at the park. 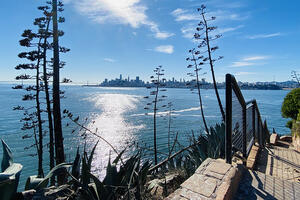 Trail
Find other activities in the park

From the Park Store 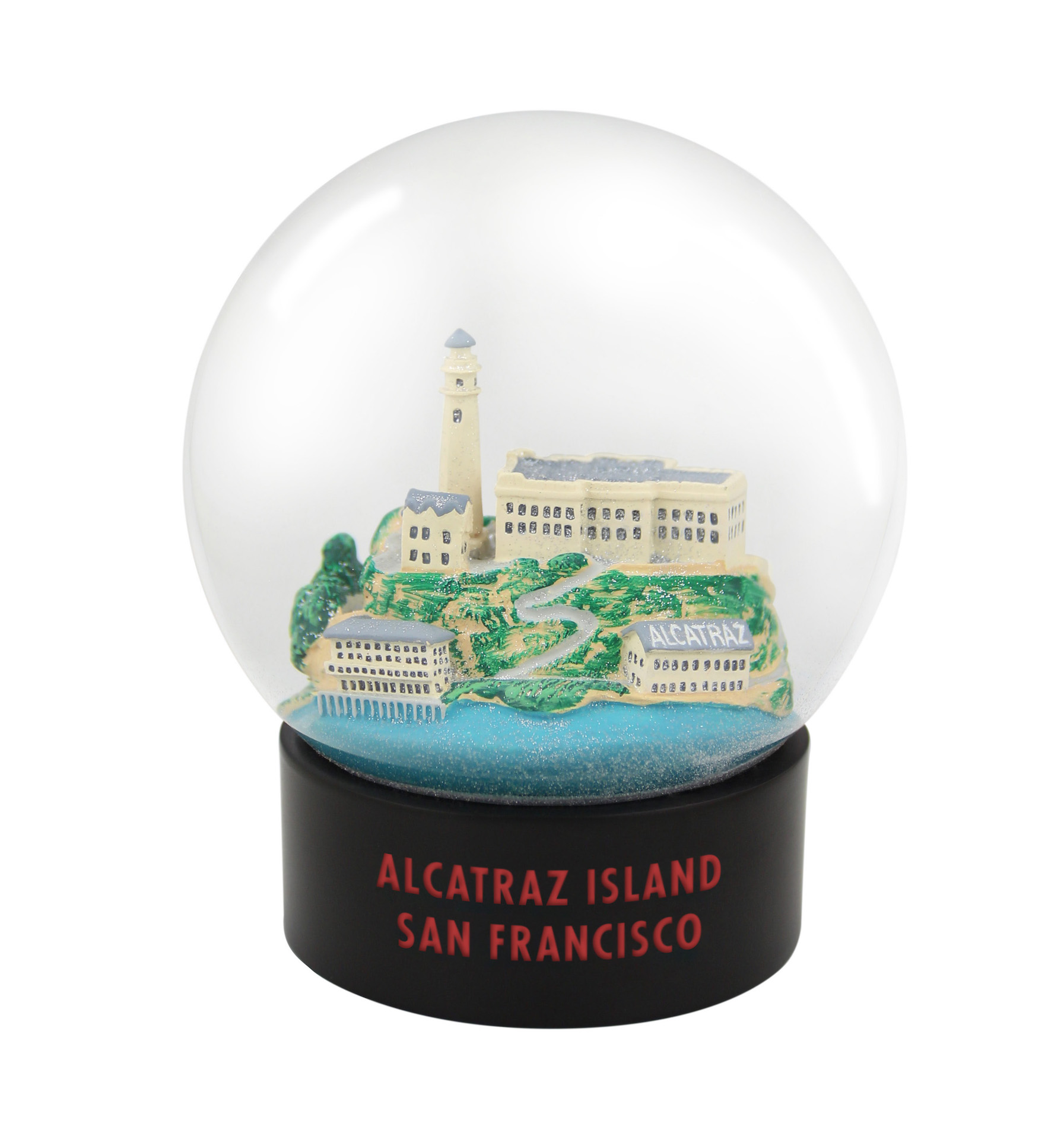 Billowing through the Golden Gate Strait, the fog that swirls around Alcatraz Island has played a pivotal role in the island’s history, from the establishment of the first lighthouse on the Pacific Coast, to six fog-shrouded escape attempts during the federal penitentiary era. Our new Alcatraz Fog Globe celebrates this...
Buy now! 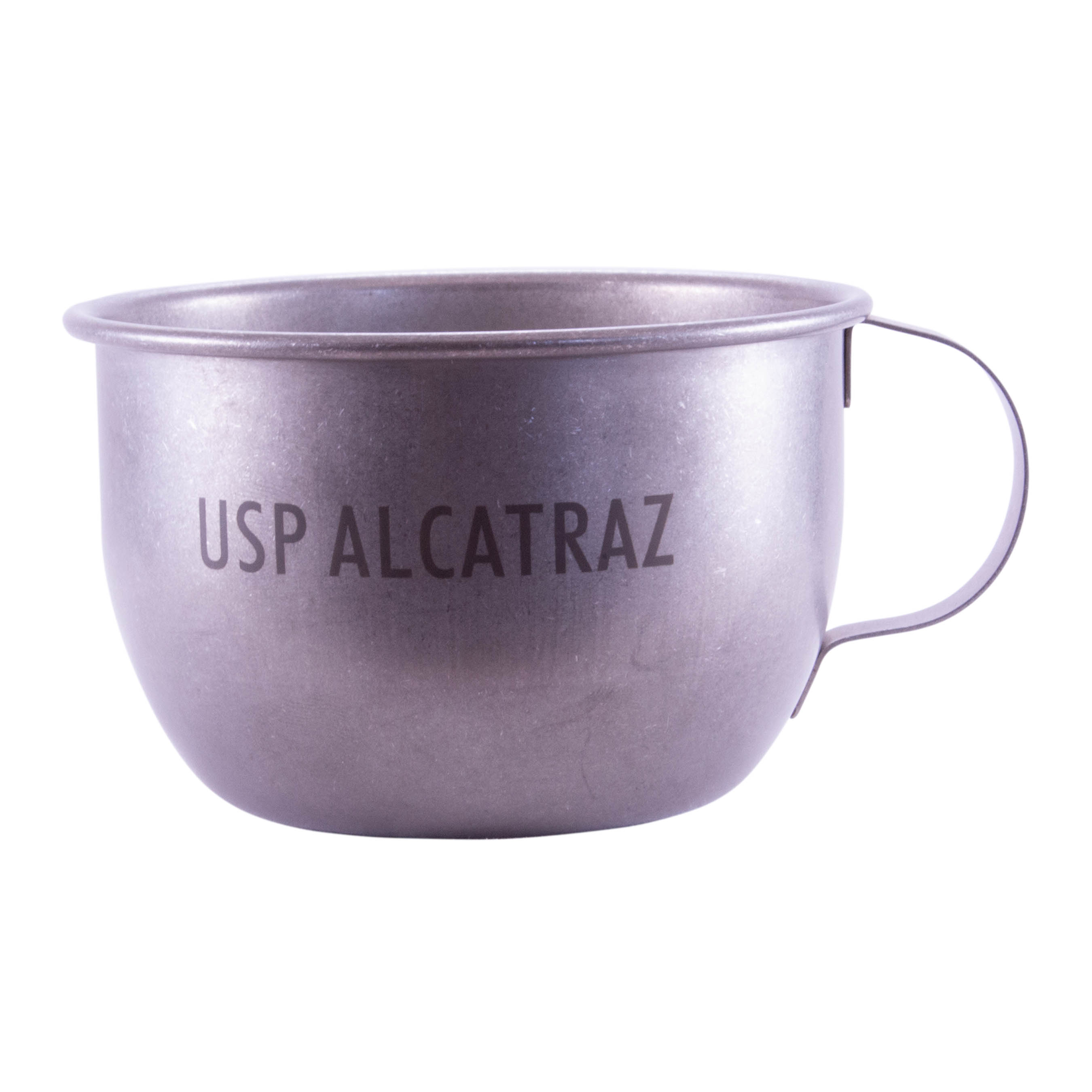 This replica Alcatraz Inmate Cup, made from food-grade stainless steel, is based on original artifacts in the Golden Gate National Recreation Area Museum Collection.
Buy now!
Shop for Other Alcatraz Items 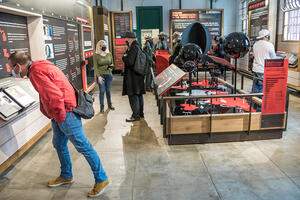 'The Big Lockup' and more: New experiences at Alcatraz Island 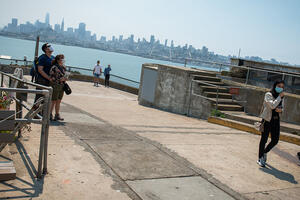 The new Alcatraz experience: Now is the time to escape to Alcatraz Island! 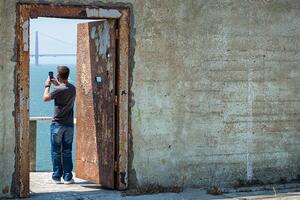 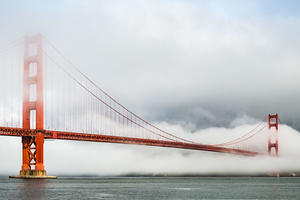 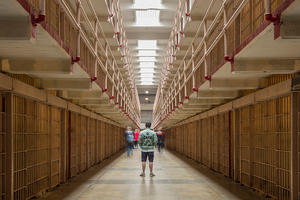 Alcatraz at a Glance 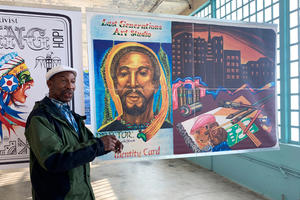 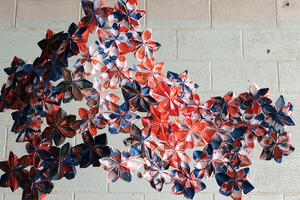 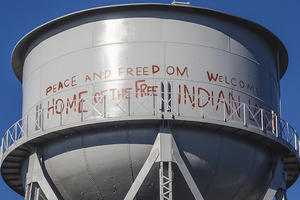 Indians of All Tribes Occupied Alcatraz from 1969-1971 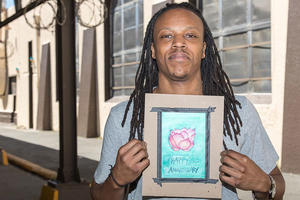 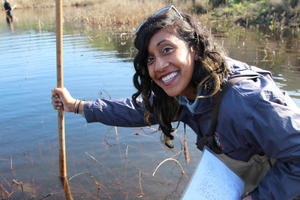 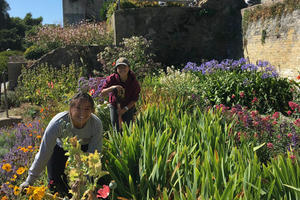 Learn about amazing wildlife, new trails and visitor amenities, fascinating people, expert-recommended hikes, and upcoming park events—all delivered to your inbox, for free. Subscribe to the Parks Conservancy's monthly e-newsletter, Park E-ventures, for the latest updates from your favorite national park.
Sign me up for Park E-ventures!
Today