Spouting off: Whale see you out here! 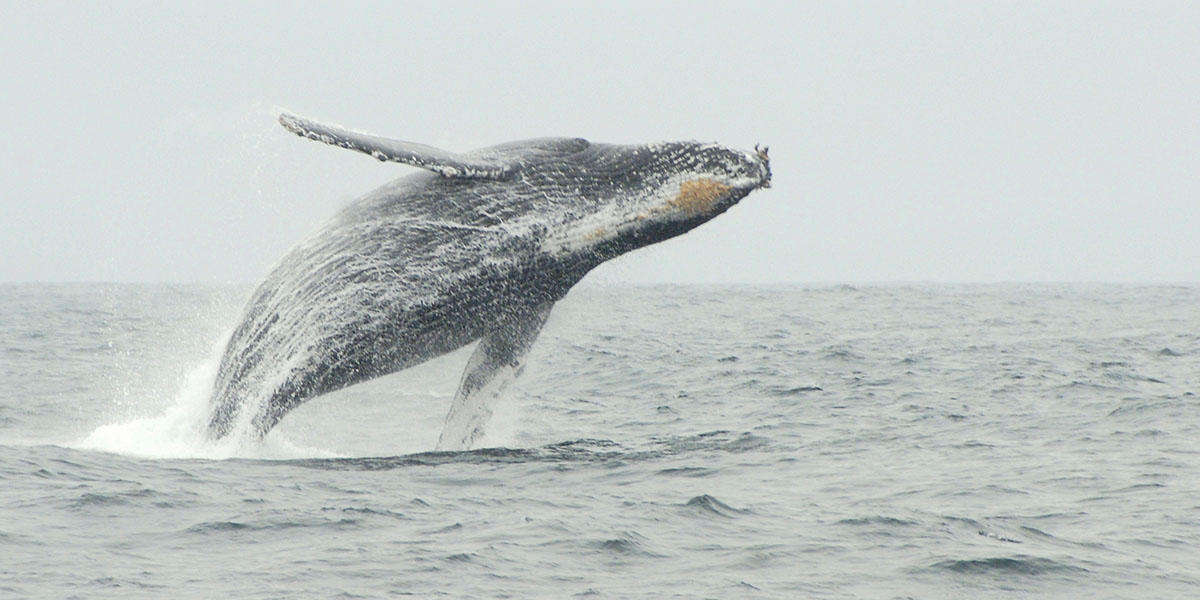 A humpback whale is seen breaching off the coast of California in 2010. Jessica Weinberg McClosky / Parks Conservancy

It’s just about time to wave goodbye to our migrating whales as they head down south for the winter. We have been fortunate to spot humpback and gray whales from the coast at Mori Point, as well as from the mountains at Rancho Corral de Tierra. We recommend heading out to the coast as soon as possible, if you want to bid them adieu.

Each migrating season, from roughly mid-December to June, humpback whales, Megaptera novaeangliae, and gray whales, Eschrichtius robustus, can be observed making their long migration south toward warmer, more protected and shallower waters in Mexico. Humpback and gray whales measure about 45 feet long on average and can weigh anywhere from 25-40 tons. They feed on krill, small shrimp-like crustaceans, and various kinds of small fish.

Found in all the world’s oceans, most populations of whales follow a regular migration route, spending summer in temperate and polar waters for feeding, and winter in tropical areas for mating and calving. From the frigid waters of the Bering and Chukchi Seas, these migrating whales swim an average 10,000-14,000 miles round trip along their journey.

Perhaps the most interesting behavior scientists have discovered is that humpback whales sing long, complex “songs.”  A typical song lasts from 10-20 minutes, is repeated continuously for hours at a time, and changes gradually from year to year. Singing whales are primarily male and the songs are most likely used for communicating with and attracting female mates.

Gray whale mothers are often very protective of their young and their devotion earned them the nickname “devilfish” by early whalers who encountered pods. When looking out for these amazing whales, bring a pair of binoculars and take note that gray whales, unlike other whales and dolphins, have no dorsal (top) fin.

The humpback and gray whales routinely make the longest migration of any mammal on earth and have suffered significant habitat and population degradation. Thankfully, gray and humpback whale populations seem to be recovering from destructive whaling practices and natural attrition. It is truly a treat to have the opportunity to observe these majestic mammals in essentially our backyard of San Mateo.