The White-Tailed Kite is quite a sight 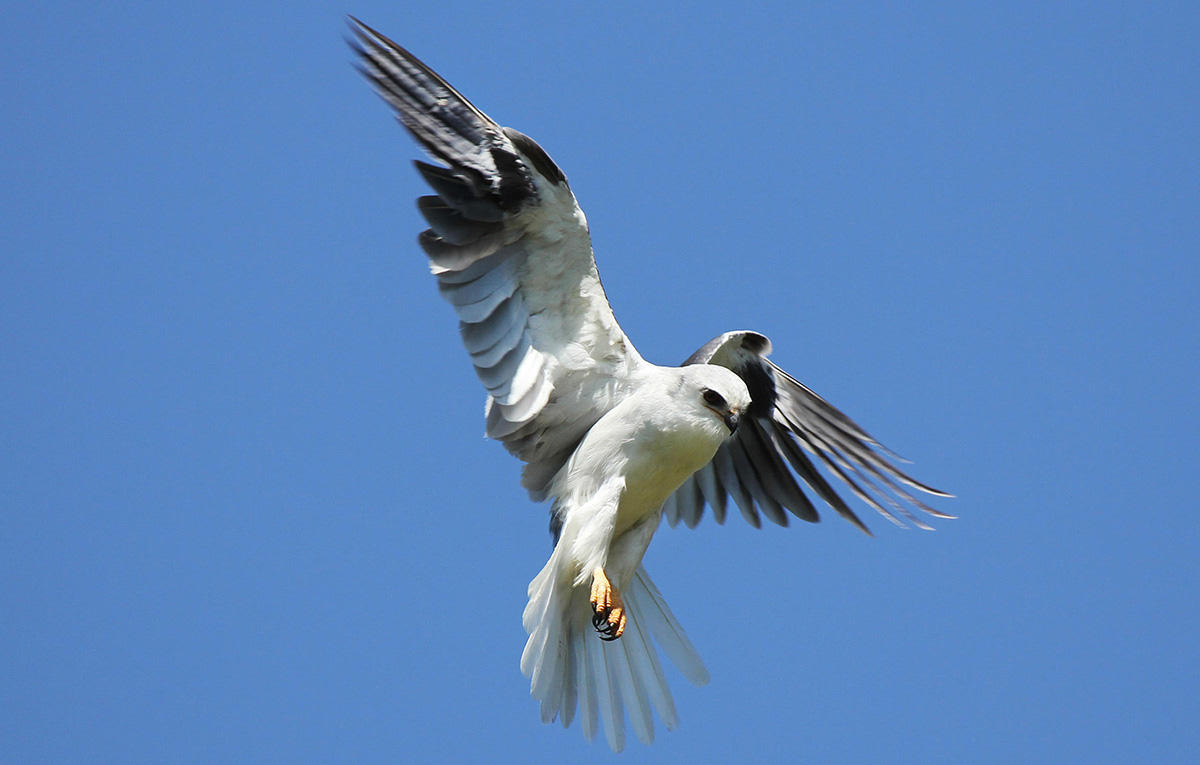 Imagine walking through Mori Point, heading towards the ocean. As you step on the boardwalk surrounded by various grasses, forbes, and shrubbery you look up to see a medium-sized white bird perched atop a tree, claiming a bare branch as its prime lookout spot for the moment.

At first you might think the bird is a species of gull, considering the ocean is merely steps away, but as you get a better look and the bird descends from its perch to swoop over the landscape, you notice its elegant flight and dark black eyes, as if it had just gotten in a tussle.

This bird is no gull, but a predatory raptor known as the White-Tailed Kite. These birds have sharp talons for grasping prey in a swift and efficient motion. Kites feed mostly on small mammals, but have also been known to eat smaller birds, lizards, and even insects.

Similar to a kite we might take out on a windy day at the beach, White-Tailed Kites are able to hold a stationary position in midair by facing into the wind and fluttering their wings. Although White-Tailed Kites are relatively common, it’s important to note urban development can influence available nesting habitat, as well as the population size of their prey.

Within the past two weeks, we have encountered these beautiful birds at Mori Point and Milagra Ridge, so next time you’re out on a walk and taking in the views, make sure to look out for the Kite. If the timing is right, and the sun is bright, these birds will be soaring at great heights.