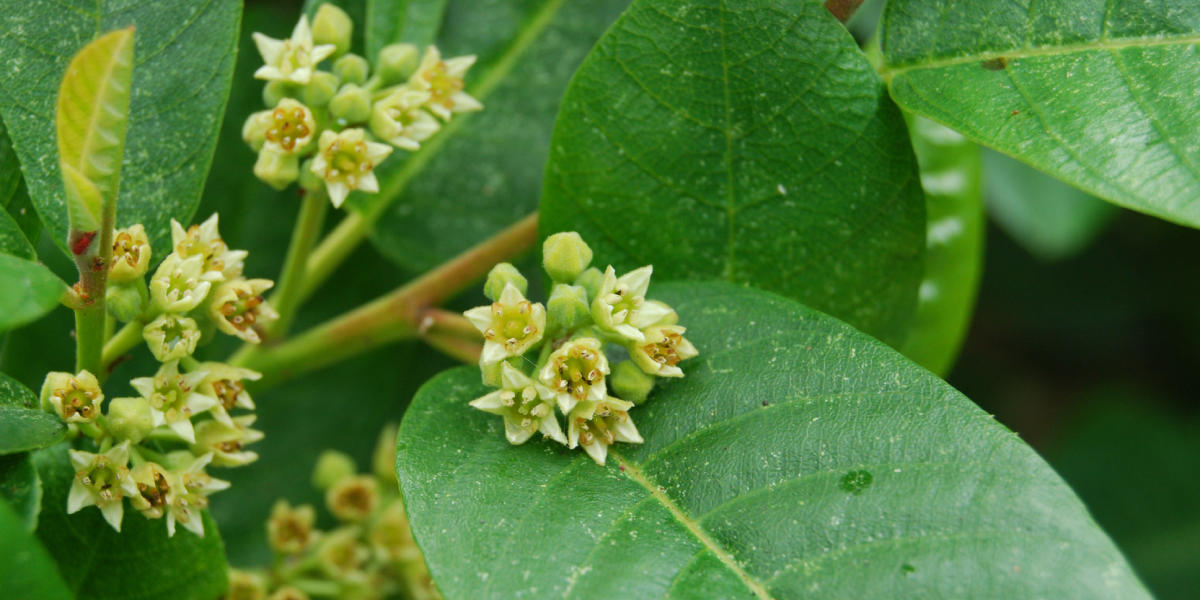 Species: californica - of or from California.

Frequent member of coastal chaparral and sage scrub community. Also locally abundant on cool, fog-dominated sites along the central Coast Range where it occurs beneath mixed-hardwood.

Coffeeberry is distributed throughout much of California and is generally considered a staple browse of both big game and livestock. The fruits of coffeeberry are extensively utilized by numerous wildlife species, particularly birds. Palatability of plant depends upon stem age and community associates. Coffeeberry is useful for erosion control on dry, steep hillsides. Seeds should be collected in fall, approximately two weeks before fully ripe and then pulp removed prior to sowing. Also used as ornamental because shiny, colorful berries contrast nicely with the light green foliage.

Coffeeberry bark is a popular herbal remedy for chronic constipation. Both it and Rhamnus crocea—Spiny Redberry—are sold commercially under the name of Cascara Sagrada. The preparation is tricky (it involves aging it for a year followed by extensive heat treatment and tincture preparation) so it is not recommend to just chew on some raw stuff. Berries were gathered historically by west coast Indian tribes for culinary as well as medicinal purposes. The berries are sweet and edible. They superficially resemble the commercial coffee bean, however, attempts at using coffeberry as a coffee substitute have not be successful.