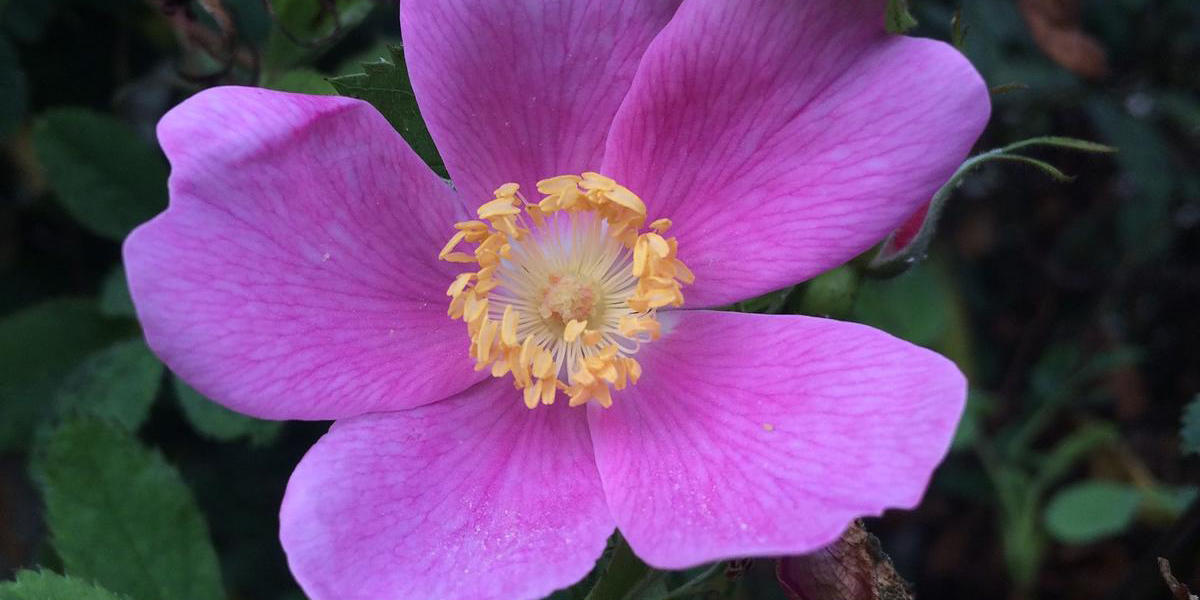 Species: californica - Of or from California.

Flowers: 1-2 inch pink flowers that cluster at the end of stem. Blooms May through November. Fragrant 3/4 inch hips-good for tea.

Leaves: Leaves are heavily veined and hairy below.

Stems/Root: Stem is grey-brown and stout, thorns are generally few, compressed and strongly curved. Thorns are like prickly Velcro.

Fruit: Fruit has a fragrance and is edible.

Grows up and down coastal ranges in California and Oregon. Likes shade to partial shade in lower elevations. Higher elevations (up to 6,000 ft.) and near coast, sun is preferred. Found along roads, meadows, and streams.

Fruit of the wild rose, known as the hip, is said to contain more vitamin C, calcium, phosphorus, and iron than oranges. During WWII in England, hips were gathered for their abundance of these vitamins and minerals. Hips can be dried for tea, or used for jelly or sauce. They resemble a small, dry apple in appearance and taste. Flowers have long been used in folk recipes for butter, perfume, candy, jelly, and tea. Cahuillas picked buds and ate raw or soaked blossoms in water to make a drink. Some tribes made tea from roots for colds, and from leaves and fruits for pain and colic. Wood was used for arrow shafts and fiber from bark was used in making twine and other goods.

Hips remain on shrub throughout winter and into spring. Good forage in times of scarcity. Rose thickets provide good shelter and nesting sites. Audubon cottontail and wood rat are among western animals that use the California wild rose.