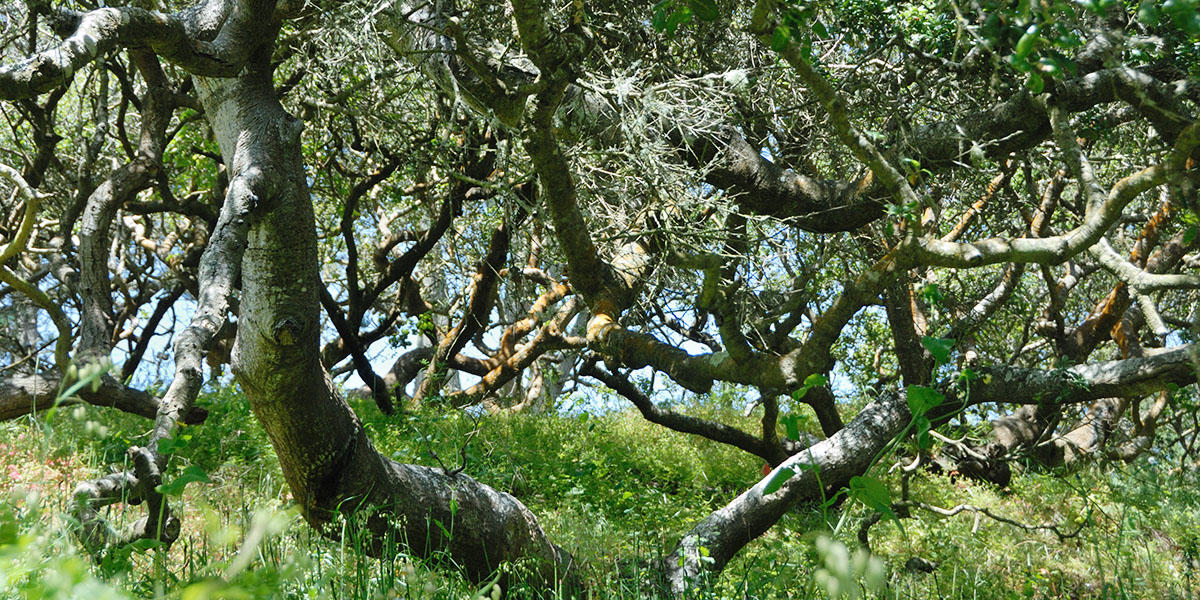 Fagaceae, the beech family. Characterized by alternate leaves with pinnate venation, flowers in the form of catkins, and fruit in the form of nuts, one to seven in a scale or spiny husk that may or may not enclose the nut.

Genus: Quercus - the classical Latin name for the oak, possibly derived from the Celtic quer, “fine,” and cuez, “tree."

Twig: Slender to moderate, initially quite fuzzy but later often completely smooth and gray-brown; end buds clustered, reddish brown, broadest at the base with a rounded tip. 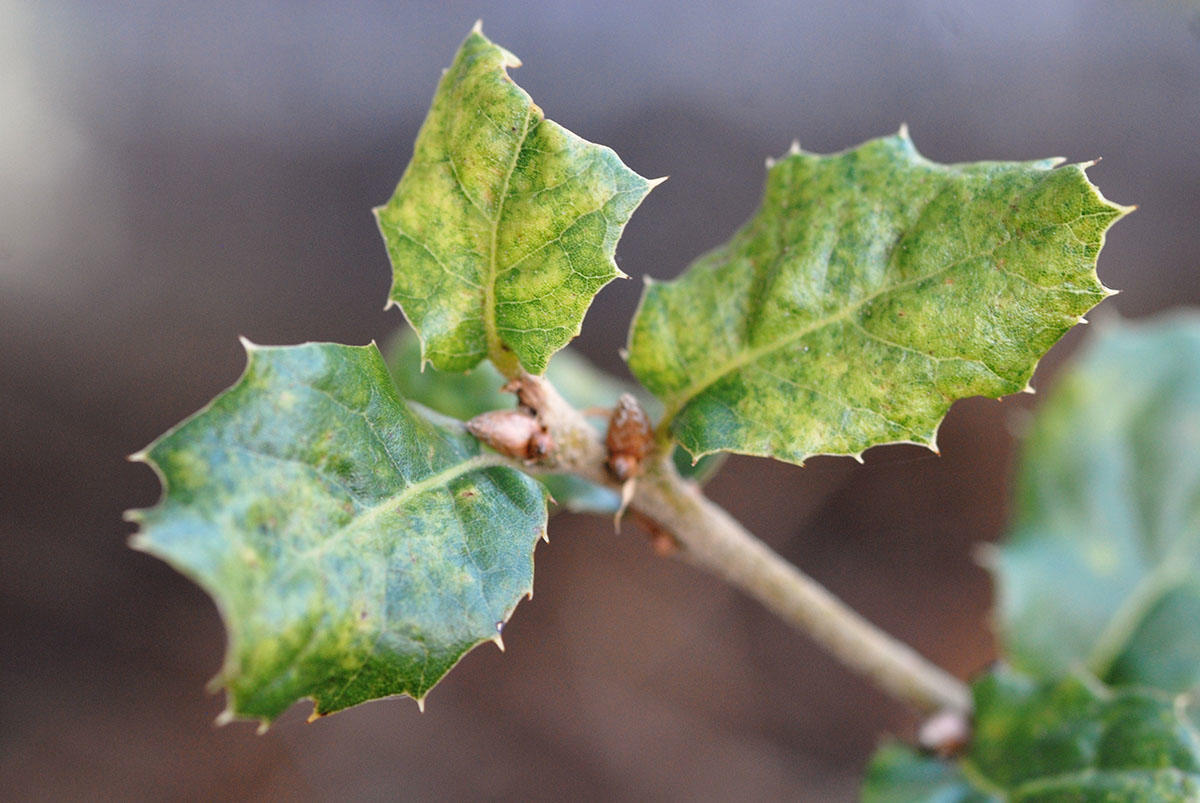 Where to Find It

Quercus agrifolia grows west of the Sierra Nevada from Mendocino County south to Baja California in Mexico. Normally the tree is found on well drained soils of coastal hills and plains, often near year-round or perennial streams. While normally found within 100 kilometers of the Pacific Ocean at elevations less than 700 meters, in southern California it occasionally occurs at up to 1,500 meters in altitude. Coast live oak is the only California native oak that actually thrives in the coastal environment, although it is rare on the immediate shore; it enjoys the mild winter and summer climate afforded by ocean proximity, and it is somewhat tolerant of aerosol-borne sea salt. The coastal fog supplies further buffering from the rainless California summer heat.

The seed of the plant, or acorn, was used as a staple food by several native North American Indian tribes. It can be dried, ground into a powder and used as a thickening in stews etc or mixed with cereals for making bread. The seed contains bitter tannins - these can be leached out by thoroughly washing the seed in running water though many minerals will also be lost. Either the whole seed can be used or the seed can be dried and ground it into a powder. Since it can take several days or even weeks to properly leach whole seeds, one method was to wrap them in a cloth bag and place them in a stream. Leaching the powder is quicker. A simple taste test can tell when the tannin has been leached. The traditional method of preparing the seed was to bury it in boggy ground overwinter. The germinating seed was dug up in the spring when it would have lost most of its astringency.

Coast live oak forms hybrids with other oak species, so can be tricky to identify. This and other oaks have been hit hard by Sudden Oak Death, spread by the plant pathogen Phytophthora ramorum.