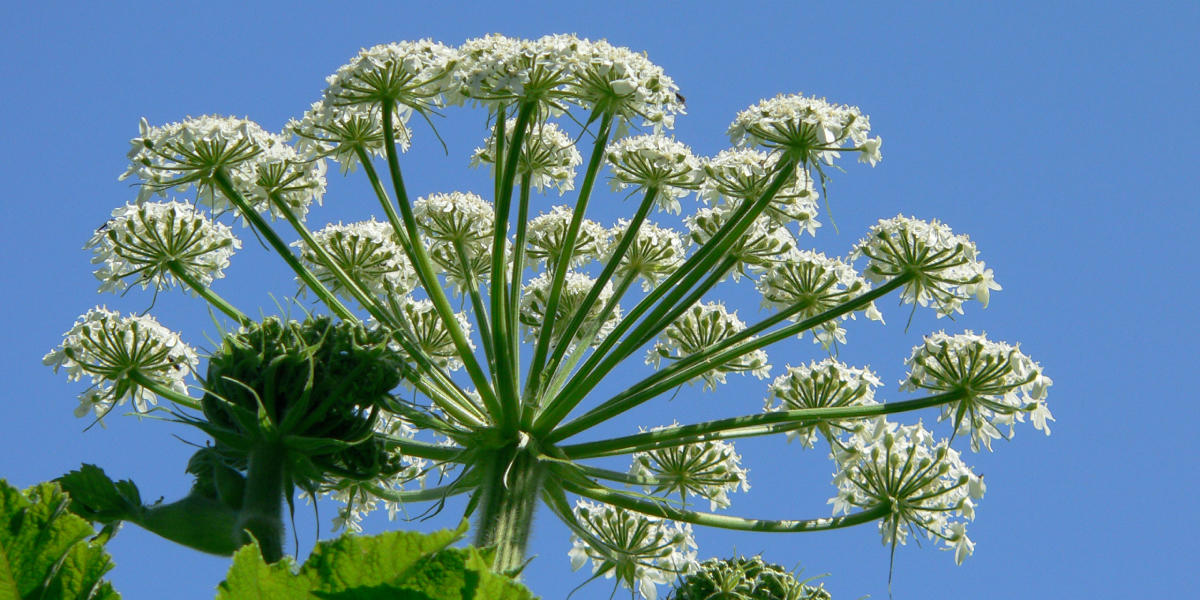 Genus: Heracleum - named for Hercules, who was supposed to have used it first for medicine. Also thought to be named after Hercules because he was considered a mortal of great size and strength much like the plant.

Stems: Stem is erect, branched, hairy and hollow. Usually 1-2.5m tall and 2cm in diameter. Leaf is ternate (having 3 leaflets); each leaflet is lobed, deeply toothed, and finely serrate.

Inflorescence: White flowers are large compound umbels 15-30cm across. Some flowers only produce stamens, while other produce bisexual flowers that produce seed. Primary umbels produce 80% of the seed. Blooms March to May.

Fruits: The fruit is oblong, 8-12mm long with very fine hair. The fruit is marked on the faces by narrow ribs and dark lines. Some think the fruit has a disagreeable smell.

The Cree gathered young cow parsnip stalks and roasted them on hot coals, later eating the pith. Young roots were also cooked as a vegetable, like parsnip. Medicinally, pastes of dried grated roots were applied to swollen legs to relieve swelling and were used on aching limbs and heads to relieve pain. Young leaf stalks and stems, before flowering, were eaten like stewed celery.