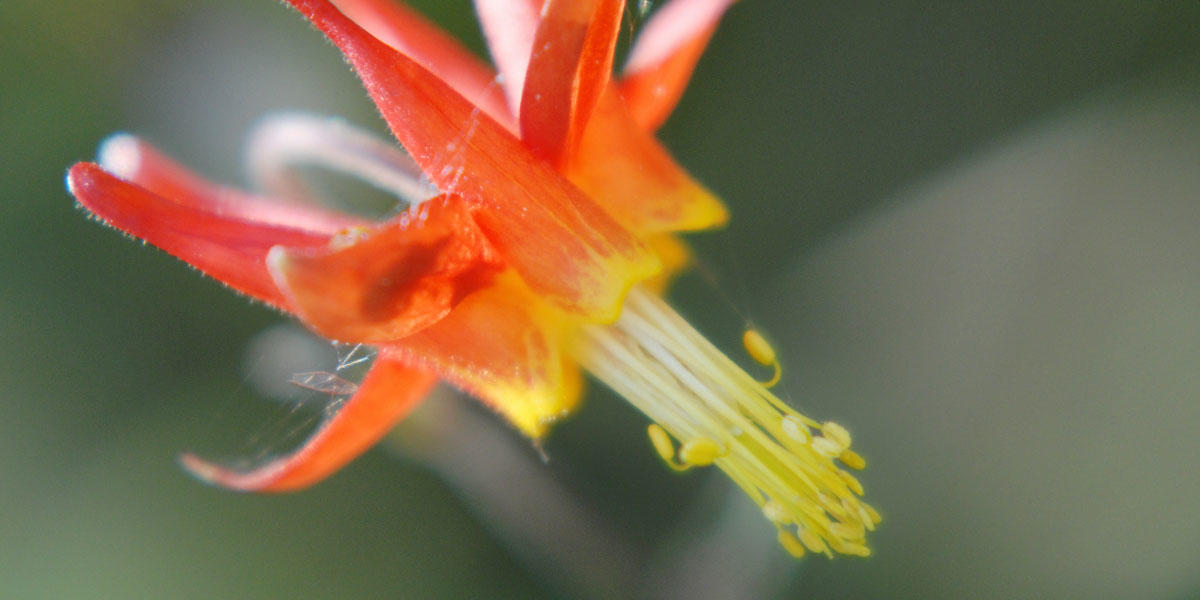 Ranunculaceae or “buttercup.” Ranunculaceae has few obvious traits that distinguish it: the plants are usually herbaceous (lacking a woody stem), the flowers have numerous stamens, and either many pistils that develop into single-seed fruit or a few separate pistils that develop into many-seeded fruits. When both sepals and petals are present, there are usually 5, but sometimes 4, and sometimes no petals, but brightly colored sepals; the petals may have spurs that run between the sepals (as with columbines), or only some petals with spurs that run into the sepals (as in delphiniums). Some species have separate staminate and pistillate flowers, some do not, and even if they do, some flowers develop both sexes. The basic combination of numerous stamens with a few or many separate pistils is uncommon anywhere outside this Family. Many members of Ranunculaceae have been long cultivated: delphiniums, columbines, and ranunculus in particular. Note: Nearly all members of this family are POISONOUS if eaten, and thus dangerous to humans, pets, and livestock.

Perennial herb. There are several kinds of columbines with many different colors found all over the northern hemisphere. Flowers: bright red, five-spurred, tubular petals that curve outward to show yellow flower parts. Petals have short yellow lobes erect above the circle of sepals, and the remainder of the petal is drawn back into red tubular spurs with nectar in the tip. Nectar lures and feeds hummingbirds and butterflies. Stamens and stigmas extend beyond upper lobes of petals in a tight cluster ready to brush against nectar seekers as they feed. Blooms from April to June. Leaves are delicate lobed leaflets in groups of three. Grows up to three feet.

Native Americans ground its toxic seeds into a paste to get rid of head lice.

Is a poisonous member of Ranunculaceae.