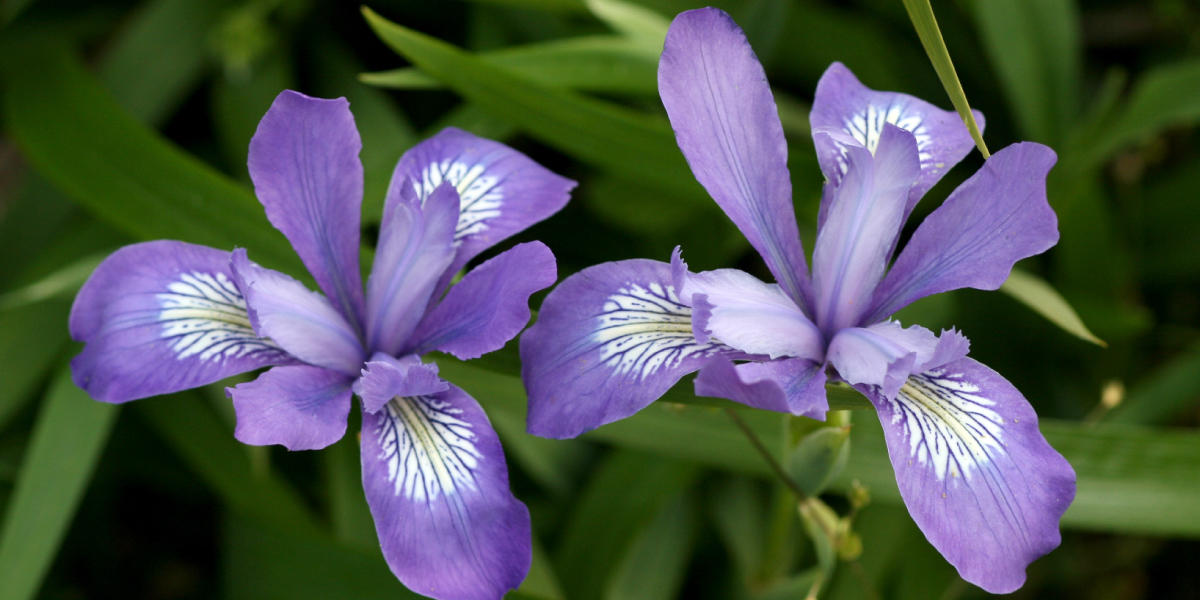 Douglas iris (Iris douglasiana) is named after the Scottish collector David Douglas (1798-1834) who traveled through the American Northwest collecting a variety of plants. It is a member of the Iridaceae (Iris) Family.

Members of this family can be perennial, bulbed, cormed, or rhizomed. Their stems are generally erect and they tend to have basal leaves that are folded along the midrib. Flowers are generally bisexual and the hypantheum (structure derived from fused lower portions of sepals, petals and stamens and from which these parts seem to arise, the whole generally in the shape of a tube, cup, or plate) is fused to the ovary.

There are 80 genera and about 1,500 species of Iridaceae worldwide, which can especially be found in Africa. There are also many cultivars from this family, including Iris, Gladiolus, Crocus, and Freesia.

Douglas iris grows from a rhizome. It has narrow basal leaves that are often longer than the stems and reddish at the base. The stem is sometimes branched and grows to be 6 to 30 inches tall with two to three flowers per stem. The flower can be pale creamy yellow to dark blue, lilac, or purple. It blooms from January to May.

Douglas iris can be found on coastal hills from southern Oregon south to Santa Barbara, California. You will find it locally from Sausalito to the Point Reyes Peninsula and Tomales. It often forms large colonies on open coastal hills and is also a frequent plant to find in woods and forests. Douglas iris is considered a noxious weed in pastures because the leaves are unpalatably bitter.