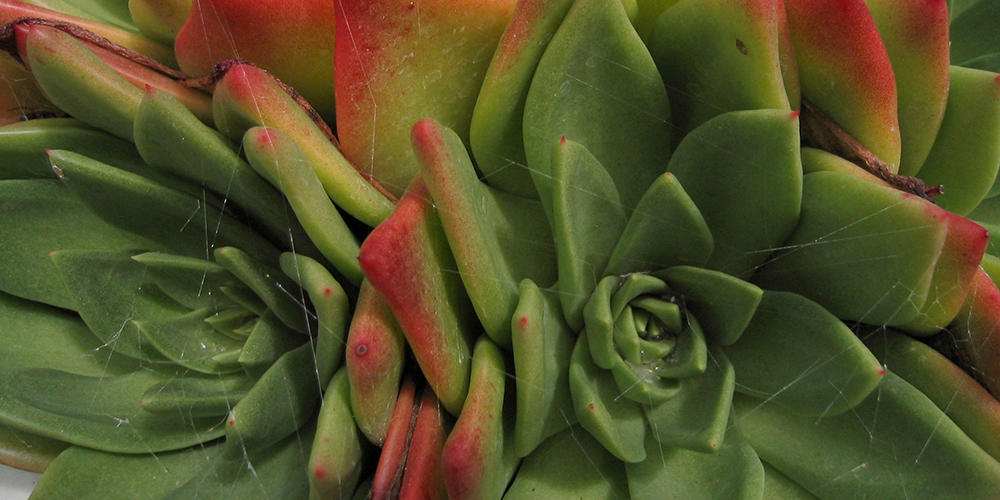 Genus: Dudleya is named for Wilham Russel Dudley (1849-1911) who was the first professor of botany at Stanford University.

Species: farinosa is Latin for mealy or powdery.

Leaves are green to red, oval and pointed; they occur in basal rosettes as well as forming triangular platforms alternating along stems. Lower leaves are often densely covered with a white, mealy wax. Flowers are pale lemon yellow and characterized by five fused petals forming an upright tube. Flowers occur in tight clusters at top of stem. Blooms from May to September. Small, dark seeds form in dried cups of flowers.

Live forever occurs in rocky areas and trail cuts. You can find this plant in the Marin Headlands along the coastal trail above Rodeo Beach.

Plants within this family have a specialized form of metabolizing—Crassulacean Acid Metabolism (CAM)—that is a photosynthetic adaptation to high light, low moisture environments. The stomates (pores) on the leaves of this plant open at night to allow the accumulation of carbon dioxide in the form of an organic acid. The stomates then close during the day when the stored carbon dioxide is used for photosynthesis.