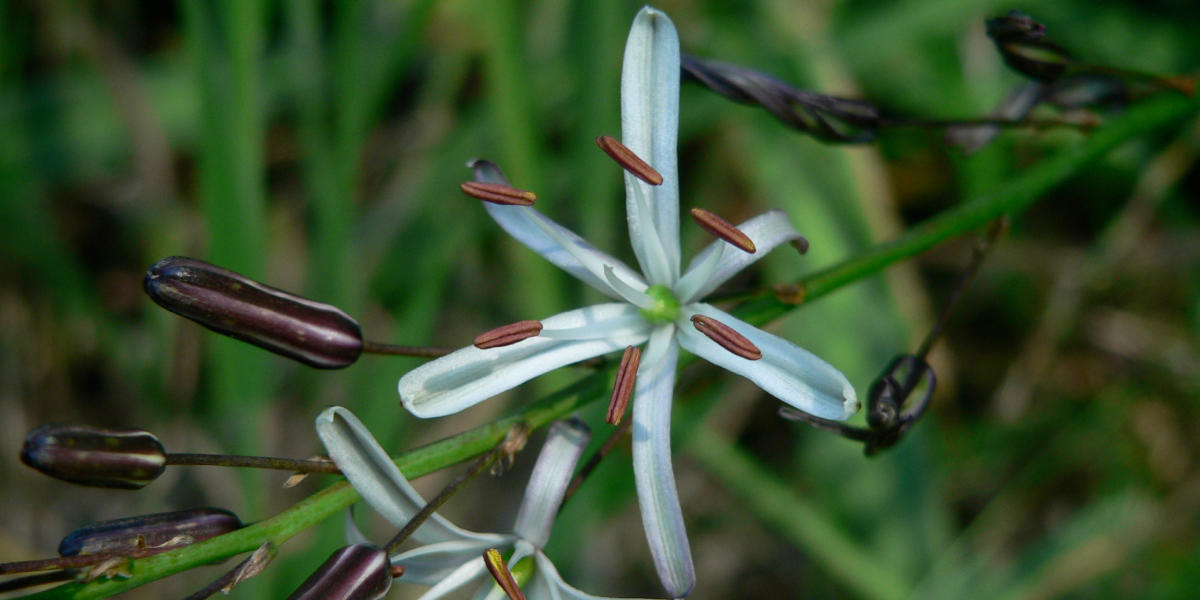 Species: pomeridianum - means “of the afternoon", and refers to the flowers appearing during that time.

Both the Native Americans and the early Spanish-Californians found many uses for the bulb or root -- both fresh and cooked: As the name hints, when the coating is removed and the bulb is crushed and rubbed on hands or clothes in water, it creates a fine lather for washing body and garments (including delicate fabrics!). The bulb’s properties are also gentle enough that it can be used for a good shampoo. The crushed bulb can be rubbed on the body to relieve rheumatic pains and cramps, and perhaps as a salve for poison oak rashes. And the Native Americans used the crushed bulbs as a fishing method: the bulbs were thrown into pools or dammed streams and their juices in the water stunned the fish, causing them to float to the surface where they could be picked out by net (without poisoning the fish). The bulbs were also cooked by slow roasting in ground-pits: For the Native Americans, they were a good source of dietary starch. The cooked bulbs contained fiber that could be made into small brushes. The bulbs were made into poultices used on sores. The thick juice obtained from the cooking was used as a glue to attach feathers to arrowshafts. The bulbs contain chlorogenin and amolonin, and can be sliced, crushed, and mixed with water to create an antifungal soap or shampoo.