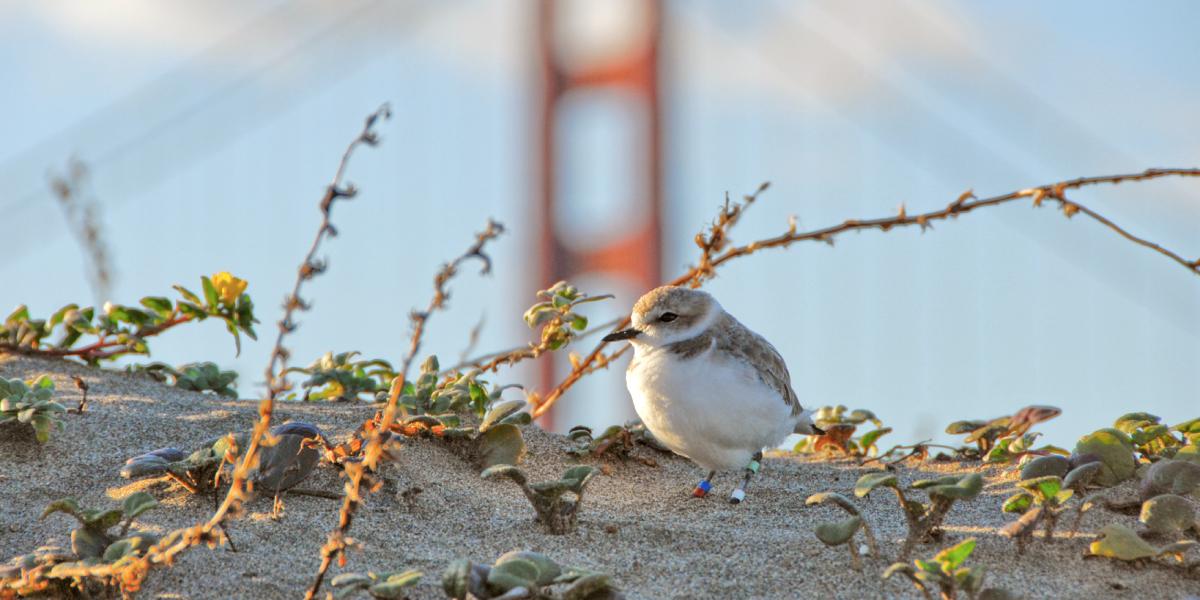 Although western snowy plovers used to be widespread on beaches up and down the West Coast, it is estimated that the total breeding population was around 2,350 birds in 2017. California’s 2017 breeding population probably consisted of slightly fewer than 2,000 birds.

Western snowy plovers are small, sparrow-sized (~6 inch) shorebirds with pale brownish or grayish backs, white breasts, and dark patches on the sides of their neck, behind their eyes, and on their forehead. Their legs and beak are black.

Western snowy plovers’ range extends from Washington in the North to Baja California, Mexico in the South.

The western snowy plover breeding season lasts from March until September. Nests consist of a shallow “scrape” in the sand, and pairs of birds usually lay three white and brown speckled eggs. Males and females share incubation duties until the chicks hatch (~ 1 month), but males usually take on the responsibility of chick rearing (also ~1 month). When a predator threatens the nest or the chicks, parents will perform a broken wing display to distract them. Chicks can run around and find food under the watchful eye of their father within just a few hours of hatching. If there is time left in the season, females may go on to nest with another male.

When resting, snowy plovers can often be found taking shelter from the wind near beach debris or in small depressions in the sand. They are well camouflaged and can be very tricky to spot. When feeding, they exhibit a unique “run-stop-run” behavior as they pick invertebrates off the surface of the sand. Unlike sanderlings which may look similar, snowy plovers do not run around in the waves or stick their beaks in the sand to find food.

The U.S. Fish and Wildlife Service listed the western snowy plover as federally threatened in 1993.

Many western snowy plovers spend their winters on Ocean Beach, feasting on beach invertebrates and conserving energy for the breeding season. National Park Service biologists have been monitoring these birds since 1994. In 2004, just a few years after the Parks Conservancy completed its signature restoration of Crissy Field, a small group of plovers began spending winters at the new dune habitat there as well. They too are now monitored each year by park biologists. 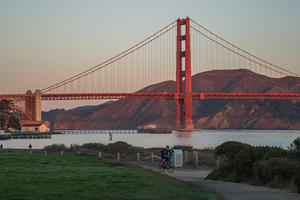