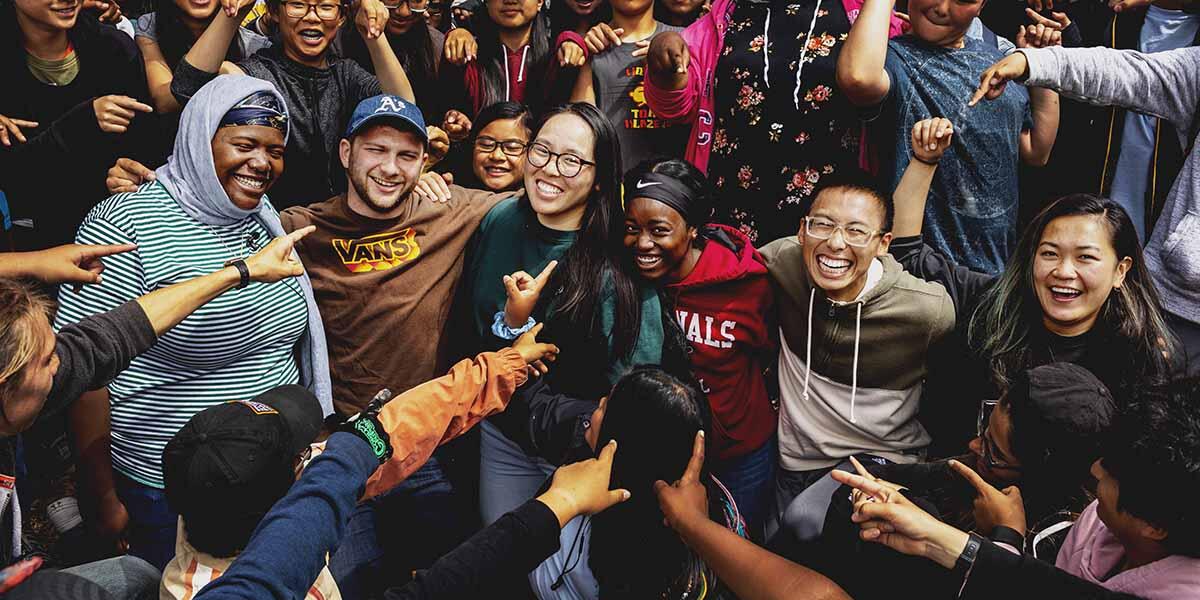 At Crissy Field Center youth programs, nicknames equal love. Especially when shouted at maximum decibels across the back garden. And judging by those metrics, love was flowing like a river through the Center this summer.

It was partly thanks to six special people. All six Middle School Programs Instructors this summer were past participants in Crissy Field Center programs, so inspired by their own experiences that they wanted to mentor a new generation of park lovers.

“Just telling them, we’re in a city, and we have a national park in a city, and we have a campground in the city, what? That’s so unheard of,” said Olive Tambou, who spent a previous summer interning with the Camping at the Presidio program. “Not everybody knows about those things, so it’s really cool to share that knowledge and have participants share with their peers.”

Throughout the summer, the six used a variety of methods to help middle schoolers in the Urban Trailblazers program process issues surrounding climate change. The “Food for Thought” group examined the future of foods threatened by climate change. A podcasting group took audio samples in San Francisco neighborhoods and imagined which sounds could disappear under climate change. An art group created climate change murals.

The leaders helped the middle schoolers work through their preconceived notions of “well, what can we do about it?”

“Climate change science and politics, right now it’s this big mess, I hope they have the takeaway that youth voice matters,” said Nhi Nguyen. “It’s really powerful, coming together and becoming a collective.”

The six instructors, all around 20 years old, became a collective themselves along the way. Just listen to how they speak about the summer:

“The Crissy Field Center has always been home for me,” says Imari Keith.

“The fact that you can come to a national park and find such a strong community, I think it’s really rare,” Kathleen Wong says. “It’s hard to think of a place I’d want to work more than the Crissy Field Center,” says Aiden Koontz.

The teams spent the bulk of the summer in the Golden Gate National Parks, but some of the most awe-inspiring moments came during a week-long trip to Yosemite.

“They got to hike up the waterfalls, and when we were at the stairs with the waterfall they were flabbergasted, speechless, with the beauty,” said Dion Chung.

For just a moment, the nicknames and the quips stopped flying. That might be the most powerful statement of all.