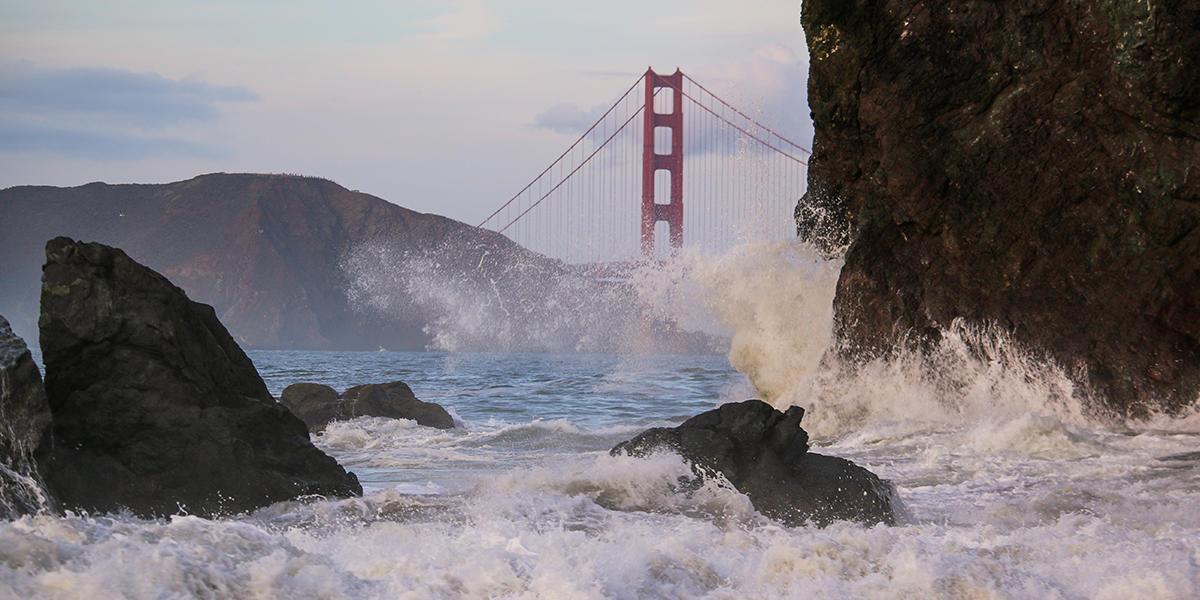 The ocean is the beating, swirling heart of Earth’s climate system. Just as the heart circulates blood and regulates body temperature, the ocean regulates the global climate system by controlling the circulation of heat and moisture. And just as our own hearts, it is fragile and prone to contamination.

In late September, the Bay Area Climate Literacy Impact Collaborative (BayCLIC), with the support of the Institute at the Golden Gate, held the first Local Climate Science & Education workshop. More than 80 attendees--including formal teachers, informal educators, and scientists--gathered for the workshop, Deep Dive into Ocean Acidification. The event spanned subject matters like how scientists are studying local impacts of ocean acidification, how educators are bringing this science into their educational settings, and how we can include solutions in our climate messaging.

Below are the top nine facts from that workshop:

1) We need to address ocean acidification through common sense measures to protect our habitats and ecosystems.

Often referred to as the “other carbon dioxide problem,” ocean acidification, like climate change, is harming regional and global environments by changing the chemistry of our oceans. We must be aware of the impacts it poses and protect the environment.

When we burn fossil fuels, like coal and gas, for our energy needs (such as: driving or using electricity), CO2 is released into the atmosphere. Adding to the naturally-occurring levels of carbon dioxide, this excess CO2 is harmful because it acts like a suffocating blanket and traps in the Earth’s heat. The heat trapped in the atmosphere puts stress on the ocean, damaging its ability to keep the climate stable.

3) About 26 percent of carbon dioxide in the atmosphere is absorbed by the ocean.

4) The added CO2 changes the chemistry of the water--it's acidifying, but is not an acid.

When water and CO2 react, they form carbonic acid. You may be familiar with this acid because it is the same acid found in carbonated drinks like soda. Increased acidity in the water reduces the amount of an important material called carbonate, which is used by shell builders like sea snails and by coral.

Seawater is a basic substance, like bleach, with a pH around 8 units. Ocean acidification has changed the water’s chemistry to the point where its pH has dropped by 0.1 units, which has resulted in a staggering 30 percent increase in acidity overall. To put it simply: The ocean’s water is acidifying, but it is not an acid.

5) The “Osteoporosis of the Sea,” ocean acidification robs shell builders like sea snails and coral of key molecules or building blocks.

The presence of more acidic water reduces the amount of carbonate in the water. Carbonate molecules are the building blocks of many shell-building organisms or calcifiers, such as oysters and mussels. Fewer building blocks make it difficult for calcifiers to grow to adulthood, build a protective shell, and maintain the shell they need to survive.

6) Ocean acidification affects the marine food web, including the seafood that we like to eat.

Ocean acidification and its effects on shell-building organisms place the whole ecosystem in danger. Many marine animals like to eat a certain calcifier--pteropods or small, translucent sea snails with wings. Unfortunately, ocean acidification is threatening their survival because the change in pH prevents pteropods--an important link in the food web--from forming their shells completely and strongly. The impact of ocean acidification on pteropods is predicted to have negative impacts on fish that we like to eat, such as salmon and herring.

7) Scientists along the West Coast are working with oyster growers to monitor waters.

The change in water chemistry in the San Francisco Bay is affecting the oyster’s ability to form and maintain a hard shell for their survival. At the same time, many oyster growers and fishers make a living and contribute to our local economy by cultivating the seafood we consume. Researchers are working with oyster growers to monitor the water conditions to prevent the loss of oyster beds and to adapt to rapidly acidifying ocean conditions.

8) Researchers are working together to find solutions to ocean acidification.

9) We can all help by lowering our carbon footprint.

Ocean acidification is the “other carbon dioxide problem” along with climate change because it is caused foremost by rampant carbon dioxide emitted from burning fossil fuels like gas and coal. We can address ocean acidification by taking community-level action to reduce our carbon footprint. Such actions include supporting the adoption of electric vehicle infrastructure, promoting initiatives at your work or school that encourage active transportation, and promoting food movements that are local and more vegetable-based. Any changes that we can make together as a community in the Bay Area can protect and preserve the bay and the ocean that we all love. For more information on how you can make a difference, visit bayclic.org/our-work/action-campaigns.