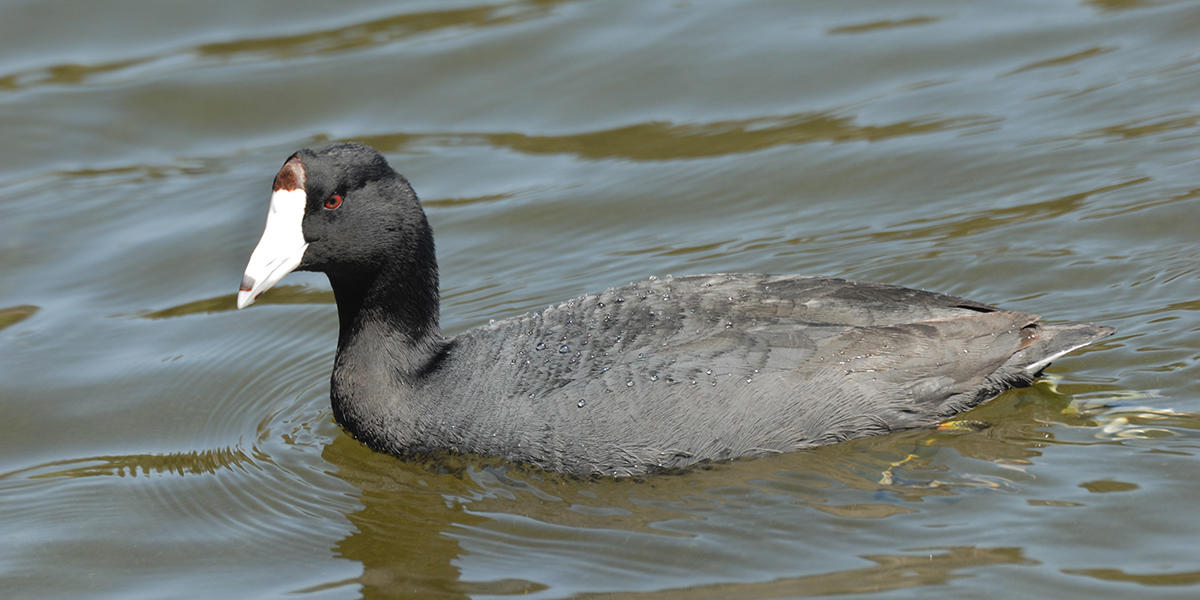 On any given winter day, you might see over a dozen species of water birds in Rodeo Lagoon (ducks making up only a small proportion of these)—not to mention all sorts of interesting songbirds and mammals.

The most abundant species in the lagoon right now is the American Coot (Fulica americana).  In mid-November, 1,100 were counted in the lagoon by local birder William Legge—far more than what Allen Fish remembers seeing in his 30 years of working in the Headlands! Many people lump coots in with ducks, but they actually aren’t related. Coots belong to the taxonomic family Rallidae—otherwise known as the rail family—whereas ducks fall into the family Anatidae. This becomes apparent when you see the coots’ large lobed feet, which help them wade through the mucky wetland environments that they live in. Their feet also make them powerful swimmers and fighters, and help them get airborne from the water despite their short, rounded wings.

Why would a bird want to parasitize others? Raising a brood of chicks requires a huge energy investment, and the more chicks a bird successfully produces over her lifetime, the higher her lifetime fitness is. Laying an egg in another individual’s nest means she produces one extra offspring that season—while avoiding the energetic cost of raising it.

Falling victim to brood parasitism, on the other hand, is costly to the host parents because it means they are investing energy on offspring that are not their own, which actually hurts their lifetime fitness.

Brood parasites and their hosts have been in an “arms race” for generations. European Cuckoos are such specialized parasites that their eggs almost perfectly mimic the eggs of their hosts, and their hatched young even resemble a clutch of the host species’ offspring in both appearance and begging call sound. Female coots use egg counting and recognition strategies to avoid parasitism by burying or ejecting another female’s eggs.

Many people neglect to celebrate the American Coot to the degree that it deserves. Hunters eschew the species for its “mucky” taste and birders ignore it as commonplace. I find these little birds quirky and fascinating, and I hope this article convinces you to give them a second look.