During World War II, the Presidio of San Francisco—the Army's Western Defense Command—played a pivotal role in the unjust incarceration of 120,000 Japanese Americans, purportedly in the name of national security.

A special exhibition, “Exclusion: The Presidio's Role in World War II Japanese American Incarceration,” opened in April at the Presidio Officers’ Club, exploring this little-understood part of the post’s history. 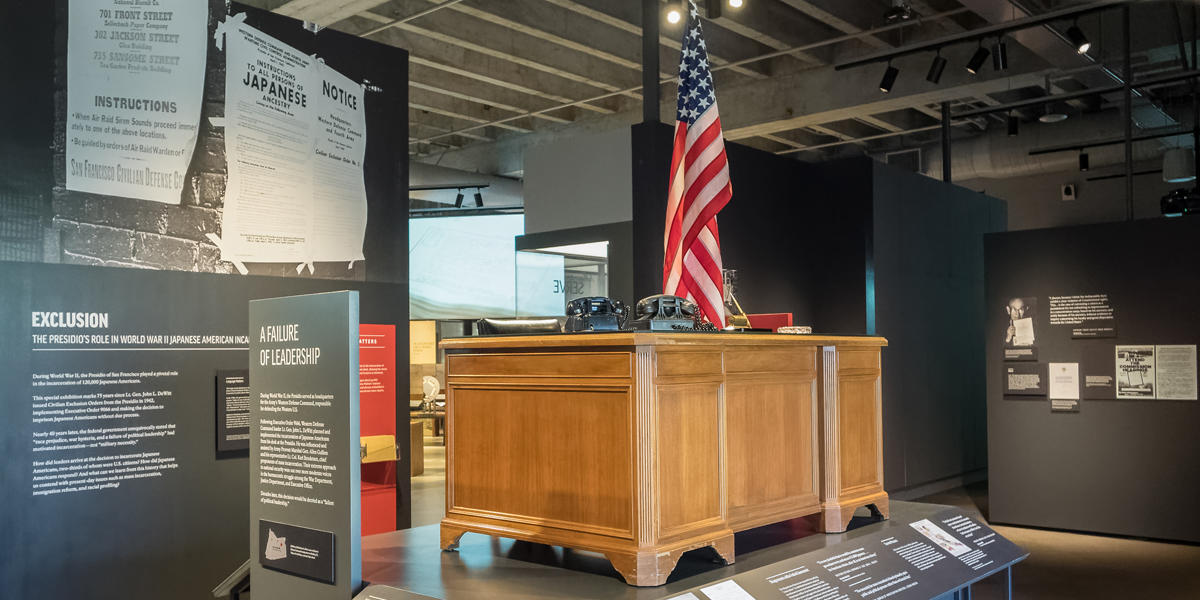 Information about the Japanese internment at the Presidio Dan Friedman

Rosalyn Tonai, executive director of the National Japanese American Historical Society (NJAHS), collaborated with the Presidio and the Fred T. Korematsu Institute to share this important historical event with the public, as this topic feels especially relevant and urgent today.

The exhibition invites visitors to investigate the choice—both personal and political—that led to this dark chapter in American history. How did leaders arrive at this decision? How did Japanese Americans respond to the violation of their civil liberties? And what, as a nation, have we learned that can help us address the present-day issues of immigration, racism, and mass incarceration? 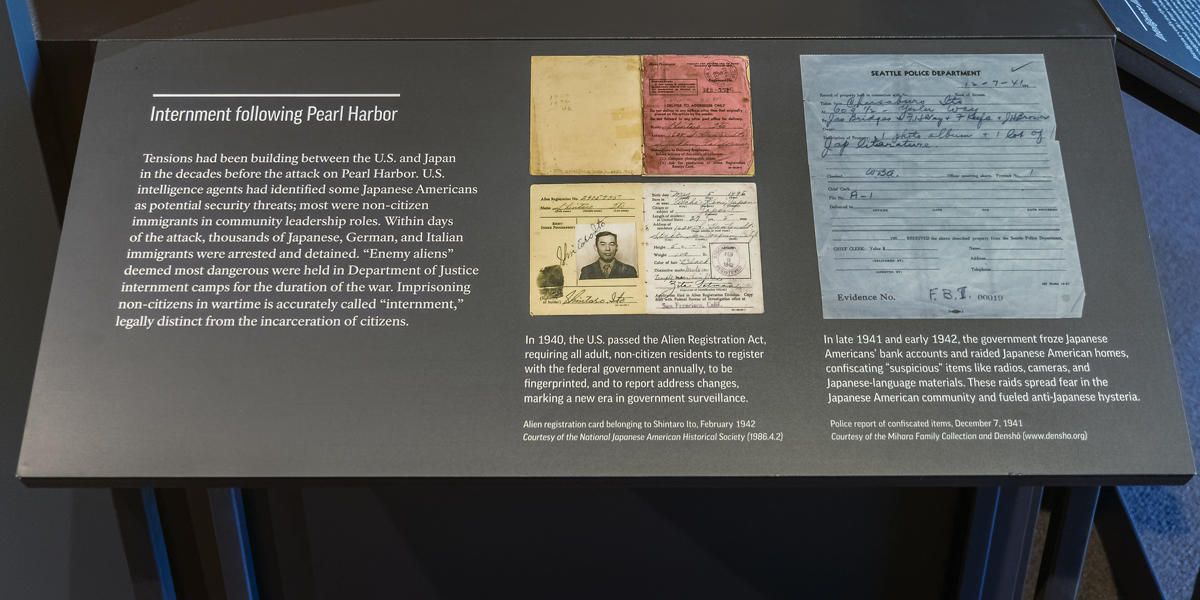 Information about the Japanese internment at the Presidio Dan Friedman

As the long-time executive director of NJAHS, Tonai was a key figure championing the creation of the Military Intelligence Service Historic Learning Center, located at the Presidio’s Crissy Field.

Within its walls, visitors learn about the U.S. Army language school created just before the attack on Pearl Harbor where mostly Japanese American soldiers were trained as linguists supporting the American World War II effort.

These linguist soldiers have been credited with significantly shortening the war in the Pacific and saving many lives. Ironically, at the same time these soldiers were serving their country, many of their family members were incarcerated in crude and humiliating camps by the government to wait out the war.

In recognition of the 75th anniversary of these events, two special exhibitions at the Presidio help visitors understand what transpired and think about how lessons learned may apply to the issues of our times: “Exclusion,” at the Presidio Officers’ Club, and “Children of the Camps,” at the MIS Historic Learning Center.