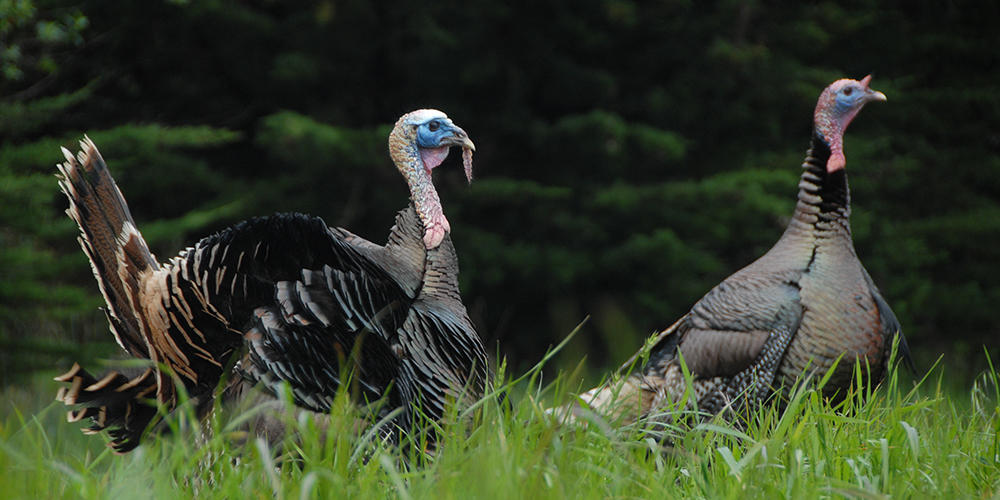 At your next holiday feast, impress friends and family with some fresh knowledge. Read on to learn the origins of popular holiday foods and discover their closest relatives, found in our parks. Please don’t forage for these items (quite a few are inedible)—but fill your plate with some food for thought!

Park Relative: Wild cucumber (Marah fabaceus)
The wild cucumber, also called the California manroot (its tuber resembles a human, for those with a generous imagination), is a fellow member of the family Cucurbitaceae. Common across the state, this plant produces spiky, spherical fruits. Don’t toss this “cucumber” into your salad though—all plant parts are bitter (Marah is “bitter” in Hebrew) and essentially inedible. The fruit can cause vomiting and diarrhea!

Park Relative: Pacific madrone (Arbutus menziesii)
In the large heath/heather family Ericaceae, one will find seemingly mismatched relatives like the low-lying cranberry shrub (rarely more than 6 inches high) and the evergreen Pacific madrone (which can grow to 100 feet tall in optimal conditions!). This West Coast native—easily identified in our parks by its papery red bark that peels away to expose preternaturally smooth wood—also produces edible berries.

Park Relative: Pacific pea (Lathyrus vestitus)
The “green bean” is just one variety of Phaseolus vulgaris, the common bean upon which much of the world’s population depends as a staple of their diet (the green beans are actually the unripe fruits of the plant!). Its familial classification, Fabaceae, is the third-largest land plant family and counts the Pacific pea among its members. With its lovely pinkish flowers, this California native is especially attractive to birds.

Park Relative: Wild turkey (Meleagris gallopavo)
Well, actually, the domesticated turkey and wild turkey are the same species—and none of the subspecies are native to our parks. Unlike their luckless brethren that are bred for meat, the wild turkeys roaming around park locales such as Phleger Estate, Tennessee Valley, and Muir Woods are adept fliers. Tough and wily, they have become a scourge in oak savannahs, where their overgrazing damages native habitat.

Many thanks to staff in our Park Stewardship program and native plant nurseries for information and inspiration in support of this article.