Holly-daze: A Case of Mistaken Identity 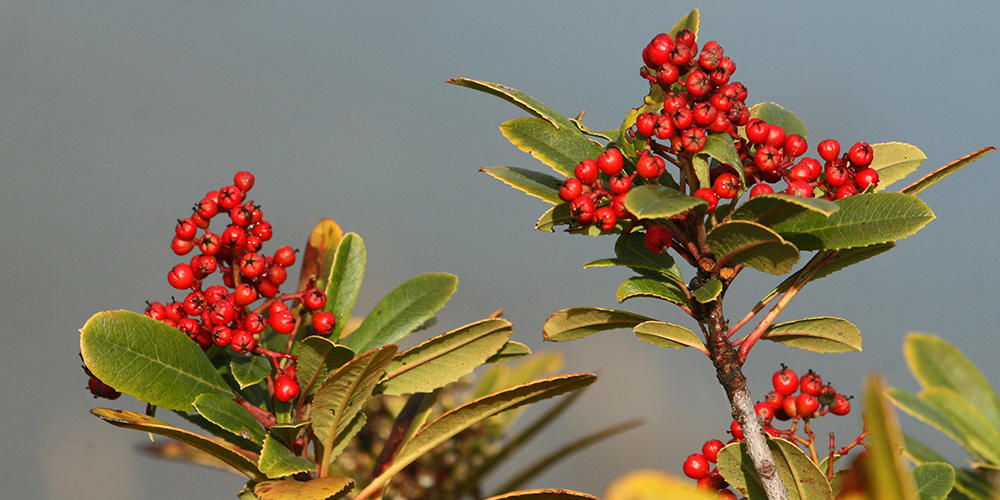 Widespread throughout California, toyon is often seen intermingled with other chaparral species like coffee berry, manzanita, and ceanothus, and is also found in oak woodlands and mixed-evergreen forests. Will Elder/National Park Services

Did Christmas come early this year? Well, if you are out hiking in our parks this month it may seem like it.

Heteromeles arbutifolia—otherwise known as Christmas berry or toyon—is in full glory right now. With its brilliant display of bright red berries and leathery serrated leafs, it can often get confused for holly (which are in an entirely different family). In fact, Hollywood, California was erroneously named for the “holly” that used to blanket the hillsides there. Apparently, collecting toyon branches for Christmas decorations became so popular in the 1920s that a state law was passed in Los Angeles forbidding this practice on public lands without permission.

But this plant is not just for wreath making. Widespread throughout California, toyon is often seen intermingled with other chaparral species like coffee berry, manzanita, and ceanothus, and is also found in oak woodlands and mixed-evergreen forests.

This tall shrub can grow up to 8’ high and 4’ wide and is sometimes referred to as a small tree. In the late summer and fall, it has clusters of small white flowers that make a great nectar source for butterflies.

The berries, which develop in late November-December, provide essential sustenance over the winter for many migrating songbirds and mammals such as coyotes and bears that might not find too much else to eat that time of year. The berries contain small amounts of cyanide compounds and can be toxic if eaten uncooked and in large doses.

We need your support in funding our year-round work of building trails, protecting endangered species, introducing kids to the wonders of nature, and more!