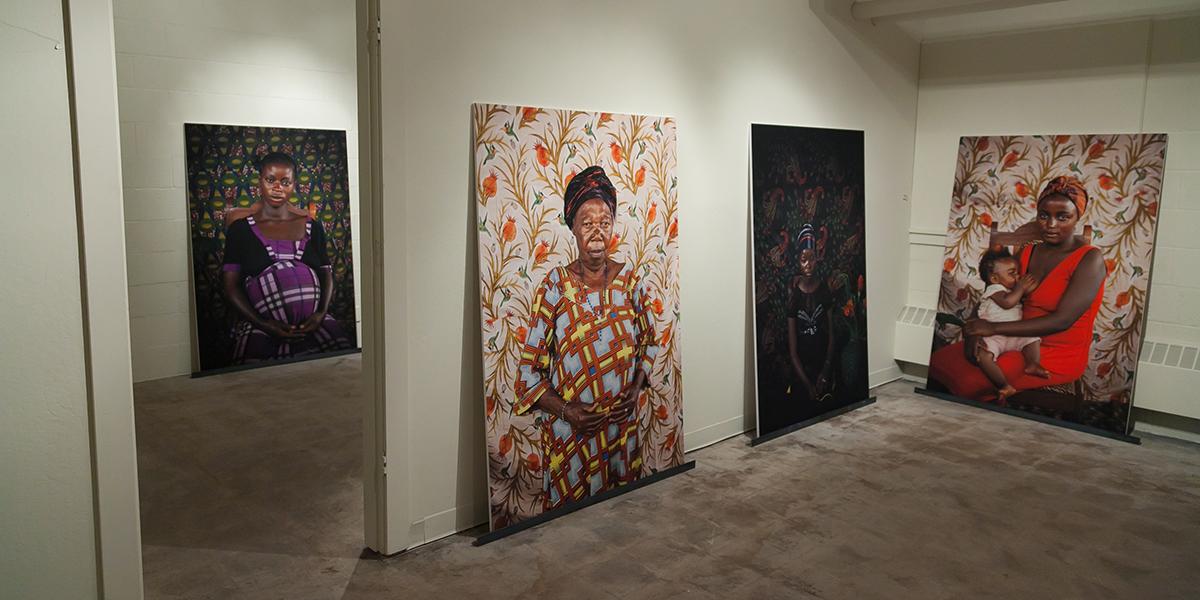 The roots of a thought-provoking new art exhibition on the bluffs of the Presidio can be traced to the heart of the Middle East.

"The genesis for Home Land Security started during my visit to Tehran, Iran,” said Cheryl Haines, executive director of FOR-SITE Foundation and curator of the exhibition. “I met warm, welcoming people in Tehran who were excited that I was American, but when I came back to the United States people asked me if I was afraid or felt that I was under surveillance. I realized that there is a huge cultural disconnect between the idea of safety and fear of the unknown, and I wanted to bring the conversation about the commonality of humanity experience forward.”

And the perfect platform for this conversation through art is a national park setting—an inherently public and democratic place—that also happens to be a former military site.

Installed at the decommissioned coastal batteries Godfrey, Boutelle, and Marcus Miller; the Nike Missile Administrative Office (Building 1648); and the Chapel at Fort Winfield Scott in the Presidio, Home Land Security is a free exhibition open to the public until December 18. It is open Wednesday through Sunday, 10 am–5 pm.

Presented by FOR-SITE in partnership with the National Park Service (NPS), Golden Gate National Parks Conservancy, and Presidio Trust, it is the fourth site-based art exhibition in a national park pulled together by this unique collaboration.  A product of the ongoing Art in the Parks initiative in the park, the exhibition also commemorates the NPS Centennial year.

“The historic military batteries—some open to the public for the first time—along the edge of the Presidio bluffs offers the perfect setting for this art exhibit,” said Aaron Roth, acting superintendent of Golden Gate National Recreation Area. “[The NPS] now has 100 years of experience protecting and stewarding these parks, and the Art in the Parks program offers us an opportunity to bring people in to these military structures that overlook the beautiful Golden Gate Bridge and Pacific Ocean and have a larger conversation about the world around us.”

These new and recent works respond to these themes through a variety of media ranging from sound to performance to video. Together, they offer an opportunity to reflect on the varied and complex narrative of national security, including the physical and psychological borders we create, protect, and cross in its name.

“These artists are digging below the surface to provoke, illuminate, and show visitors how to explore important topics like security for all,” said Greg Moore, President & CEO of the Parks Conservancy.

Art has the ability to make us think of a place differently. The location alone—a military site formerly accessible only to a few and now open to all—is itself a democratic concept that upholds the ideals being presented by the artists tackling difficult topics like displacement and loss.

A particularly memorable experience is seeing the portraits by Alexia Webster, who set up mobile studios at refugee camps around the world, capturing photos of refugees in front of improvised backdrops fashioned from bedspreads. She used portable printers to give her sitters their portraits—and with it a chance to reclaim a sense of dignity and self.

“Some of the refugees photographed in my work would wait for hours to get just that one photo when they could be waiting for food or water or other supplies, but they chose a photo instead,” Webster explained. “Even though they are all displaced people, a family portrait is a precious object. Something they could now hold on to, after all they had lost.”

To encourage dialogue about the exhibition’s multilayered themes, Home Land Security will provide a team of art guides positioned at the installation sites, offering background about the artworks and the history of the area. Additional facets of the project will be shared through social media (#ArtAboutPlace and #parks4all).