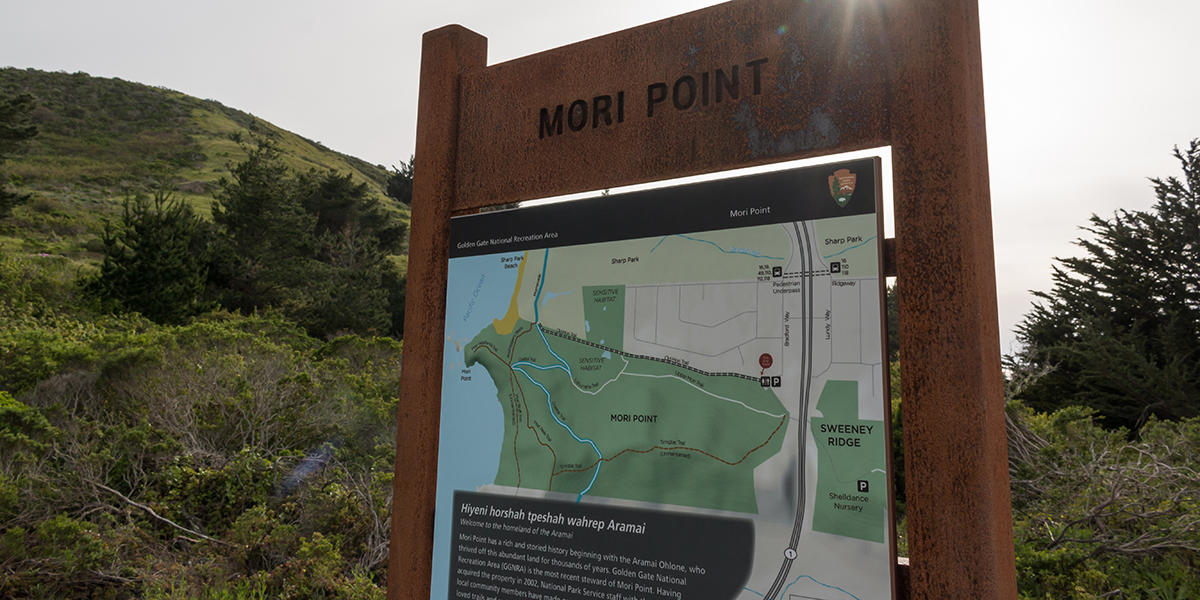 “Renaissance man” is an apt sobriquet for Ron Maykel. A close neighbor of Mori Point in Pacifica, Ron not only has a dazzling array of interests befitting someone with such a moniker—he also played a key role in that park site’s rebirth.

Professionally as a planner, Ron had served on Pacifica’s Open Space Committee and became a liaison to Golden Gate National Recreation Area when Mori Point was transferred to the National Park Service in 2002. And personally, living less than a mile from Mori, Ron rolled up his sleeves to play an even more hands-on role in the restoration and revitalization of the landscape.

Through volunteering with Park Stewardship, Ron saw first-hand the need to balance recreational opportunity with the conservation of endangered species such as the San Francisco garter snake. “It was a new adventure and still is a new adventure—learning about plants and the value of native plants and native wildlife,” Ron says.

Starting from his very first volunteer project (pulling iceplant at Fort Funston), Ron became one of the Conservancy’s staunchest—and most active—supporters. He became a Parks Conservancy member, volunteered with the trail crew and several of the park’s native plant nurseries, served as one of the first Trail Keepers, attended Park Academy classes, participated in Institute at the Golden Gate programs, started hawkwatching with the Golden Gate Raptor Observatory up in Marin County, studied mushrooms under the tutelage of local experts, and helped name the Lishumsha and Bootlegger trails at Mori Point!

“It’s not all about altruism,” Ron confesses. “It’s the whole experience; I like working with people and being outdoors, getting exercise. And there are always surprises to see, just by walking through the park.”

Ron says that it’s the people—and all that they can teach each other about the natural world—that keeps him coming back. “The opportunity to work with other nature-loving volunteers, Conservancy interns, and national park staff has been the most rewarding part of my association with the Parks Conservancy,” he says.

Thank you, Ron, for giving so much to our national parks!

We’re continuing to collect memories and testimonials from volunteers, interns, students, staff, partners, and donors who have contributed to the Park Stewardship Program during its 20 amazing years. Share your story! Contact us at sgardner@parksconservancy.org.