A Shamrock or a Sham? 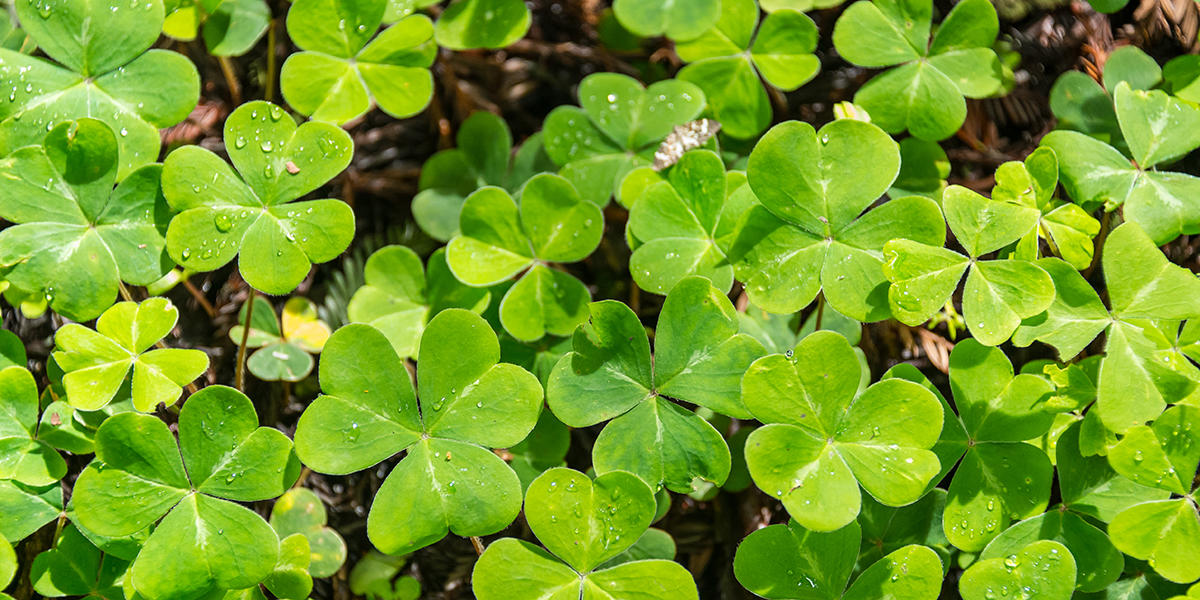 People often equate four-leafed clovers with shamrocks—probably because both are said to bring luck—but the original significance of the shamrock is more closely tied to the sacredness of groups of three in Celtic tradition.

Interestingly, there is no one species known in Ireland to be the shamrock. The word “shamrock” comes from the Gaelic word for clover, seamróg, and it is widely believed that the original shamrock was white clover (Trifolium repens), a simple lawn weed native to Ireland. Other Trifolium species are contenders for this official title, including red clover (Trifolium pretense).

Both of these species are now found extensively throughout the United States as non-native lawn weeds. Therefore, if you are trying to be authentic and true to history, you will do best by plucking a three-leafed clover from your yard to stick to your lapel on St. Pat’s.

Some recognize the less common wood sorrel as the “official” shamrock of Ireland, most likely because its shape more closely matches the icon we hold dear. Here in the Golden Gate National Parks we don’t have any of the same wood sorrel species that can be found in Ireland, but you wouldn’t be too far off if you chose to believe that leprechauns might lurk among the extremely common garden weed known colloquially as sourgrass or Bermuda buttercup (Oxalis pes-caprae, pictured). This invasive wood sorrel is indigenous to South Africa, and is generally unwelcome in gardens (and in the sensitive habitats of our parks!).

Finally, if you are looking to simply observe beautiful shamrocks and search for lucky leprechauns in the wild, you can visit Muir Woods National Monument or Samuel P. Taylor State Park (now managed by the Golden Gate National Recreation Area) to see the redwood sorrel plant (Oxalis oregano, pictured), now starting to bloom. This pink-flowered native plant lies on the forest floor, in beautiful contrast to the towering redwoods, reminding us that we are lucky for the rich diversity in our parks. And remember—when in your national parks, please look and enjoy but do not pluck these lucky plants.