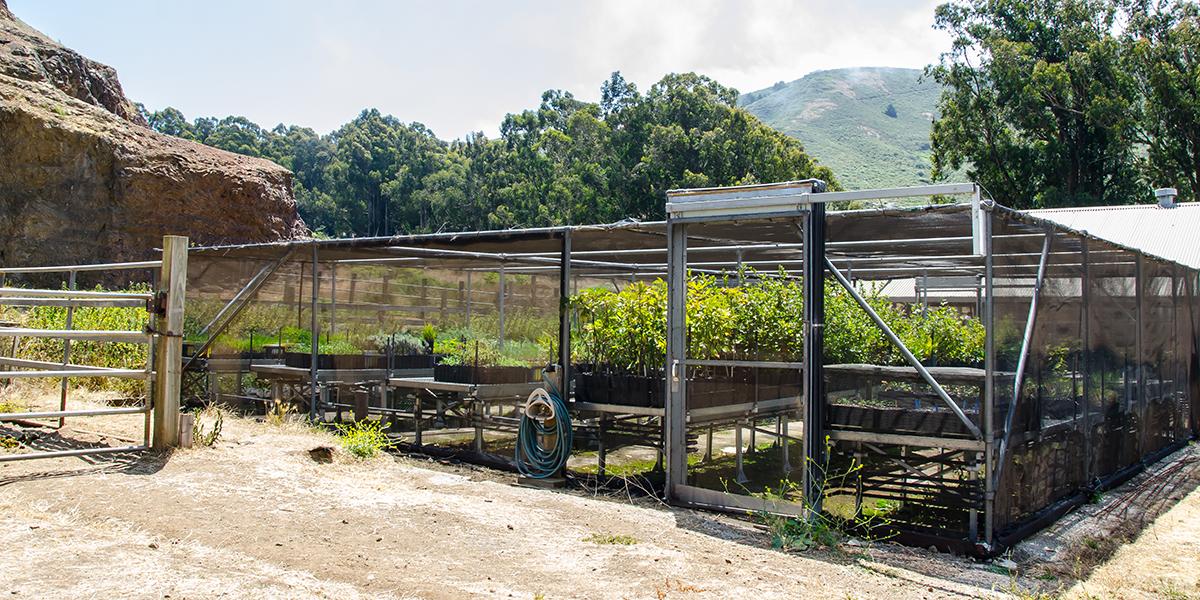 After supplying more than 300,000 native plants to over 20 restoration sites across the Golden Gate National Parks, the Tennessee Valley Nursery closed its doors on May 1, 2016. The Golden Gate National Recreation Area’s General Management Plan calls for the removal of facilities in Lower Tennessee Valley, heralding a new and more ecologically vibrant era for the valley.

This rustic nursery, tucked in the Marin Headlands off the main trail through Tennessee Valley, was one of the smaller native plant nurseries at Golden Gate—but its impact on habitat restoration has been nothing less than remarkable.

“The nursery grew plants not only for the Tennessee Valley Watershed but for sites worked on by the Habitat Restoration Team all over the Golden Gate National Recreation Area, ranging from Olema Valley in Marin to Sweeney Ridge in Pacifica,” says nursery manager Liz Ponzini.

Native plants weren’t the only things to grow in that nursery. Over the years, a group of dedicated volunteers began to sprout, and developed deep roots with the program, the parks, and each other.

“Several students that went through the Aim High youth program later became Aim High staff and one even became National Park Service staff,” Ponzini explains. “Many of the returning volunteers have been coming out every week for more than 10,15, or 20 or more years. We owe an enormous amount of gratitude for all of the work that has been done over the years!”

As a thank you for the years of service, we put together a video to commemorate all the green thumbs who helped to grow Tennessee Valley Nursery. And even though this chapter has ended, Ponzini says that volunteers have transitioned over to the other nurseries, including the Marin Headlands Nursery.

If you want to help grow your Golden Gate National Parks, learn how to get involved with the other nurseries programs across Marin, San Francisco, and San Mateo counties.