What's Hiding Under the Pines? 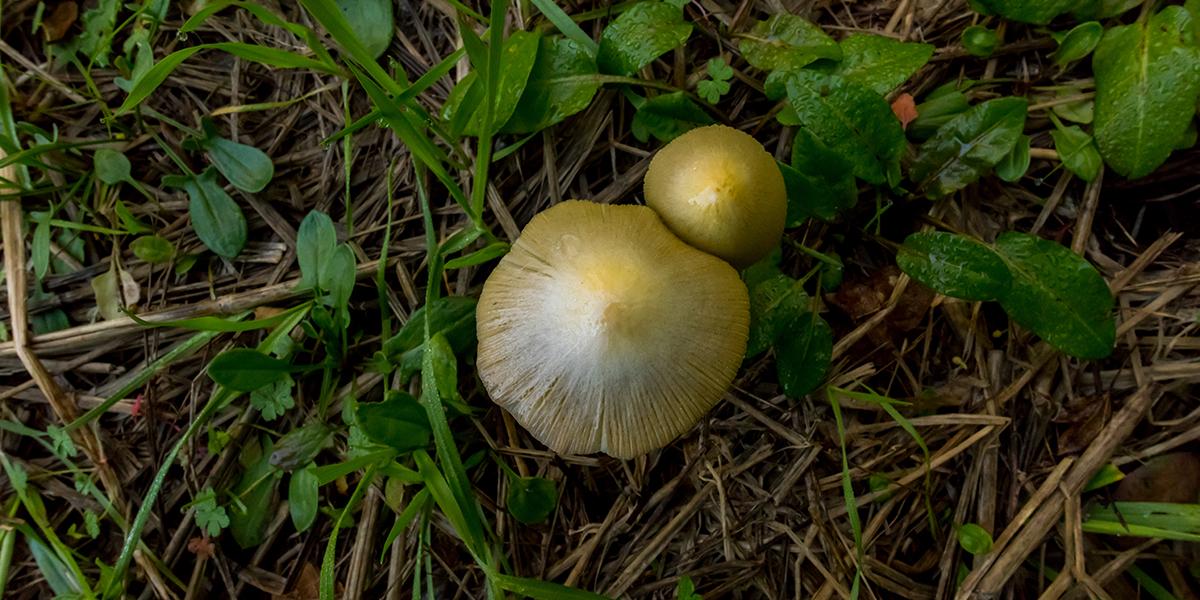 The seasonal game of hide and go seek has begun! There are many players involved, so it is good to know what you are up against. What am I talking about? Mushroom hunting of course.

This seasonal adventure game is one of my favorite winter time activities, and with the late rains, I imagine we will be seeing mushrooms popping up later than usual, but don’t take my word for it. Go see for yourself.

Maybe I will see you there, crouching down at the edge of the branches of a Monterey pine. In this wet spot you probably will see two of my favorite mushrooms. These fungi have a symbiotic relationship with the Monterey pine. The fungi exchange the soil nutrients that they have absorbed for the sugar that the tree has made in its needles. Both fungi and tree benefit from this exchange and both are healthier because of it.

If you were to come closer and look under the mushroom you would notice that it does not have the “classic” gills under the cap, but spongy pores that are common of the Boletes family. If you are this close, you will also notice that it has a bit of a fresh Lysol pine scent.

Another mushroom that you will often see with the slippery jack is the pine spike or Chroogomphus vinicolor. This mushroom is dark brown and its gills are attached to the stem. If it is broken, it snaps and seems fibrous. It is also always found under pines.

Every year I commit myself to learn just a couple more mushrooms and their favorite hiding places. In this way the huge world of fungi becomes fun and manageable to learn. I hope that, with these two new mushrooms in mind, you will also join the seasonal mushroom-hunting game of hide and go seek.