How does fog contribute to Bay area ecosystems? 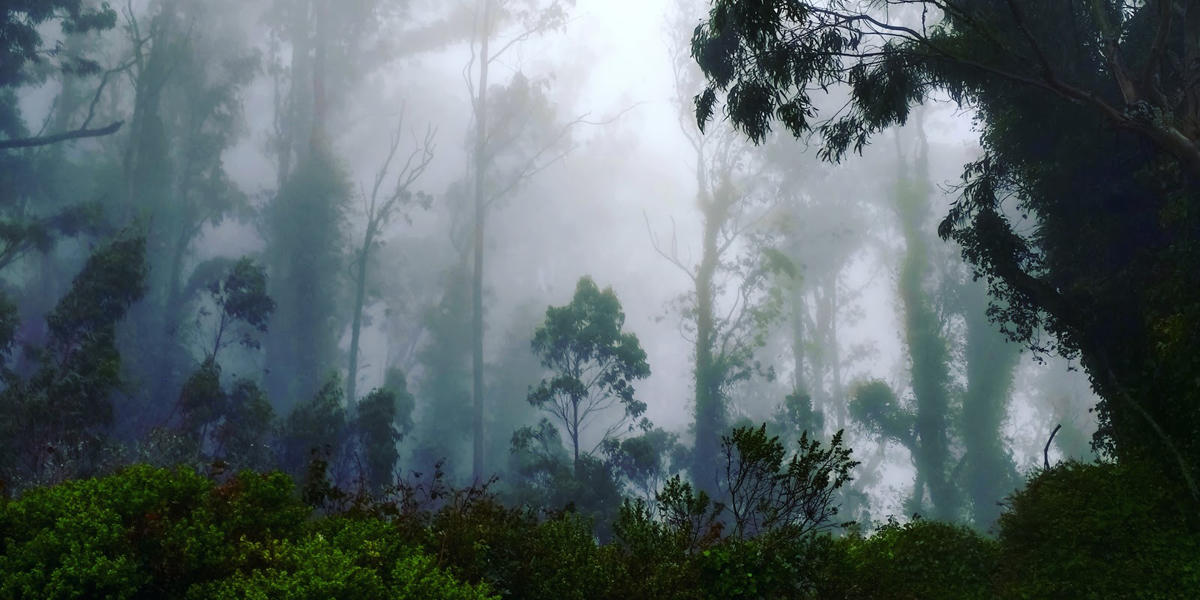 Even if you’ve never been to the Bay Area, you’re likely aware of San Francisco’s foggy reputation. Because of a perfect mix of cool vapor over the Pacific Ocean, cold water from the northern Pacific, and hot Central Valley summers, fog gets funneled through the Golden Gate with vigor during the summer months. It’s estimated that, during its busiest months, up to a million tons of fog and water vapor make their way into and around the Bay Area each hour.

Not only does it cool off residents and visitors, this moisture helps to nurture the natural environments we know and love. It helps clean the air of pollutants, and microscopic nutrients like salt and dried kelp in the vapor are distributed to forests and dunes alike.

Generally, fog systems fluctuate every 20-30 years with small changes in earth’s temperature. If that schedule sways more severely in the next decades, the change in size and mass of fog banks will certainly begin to affect many ecosystems and the flora and fauna within them. Below are some of fog’s biggest fans in the Bay Area:

COAST REDWOODS
A staple of the California experience, coast redwoods are made to live in fog-laden environments, and are rarely found outside them. Over 30 years ago it was discovered that the clever evergreens can absorb fog moisture through their leaves, a process called foliar uptake. Gathering over half of their moisture from fog during the summer helps them grow into giants over hundreds of years, in an area that receives less than 20 inches of rain per year.

FOREST PLANTS
The moisture redwoods cannot initially absorb through their leaves drips to the ground and on their smaller neighbors. In addition to reaping the benefits of soil-absorbed fog drips, 80 percent of these redwood forest understory species use foliar uptake as a main source of water absorption. Species include sword ferns, huckleberries, tanoaks, California bay, and Douglas fir trees.

COASTAL PLANTS
Along the central California coast, many plants live in a maritime chaparral ecosystem, a unique type of ecosystem that is characterized by a humid and mild climate and mostly scrub-like plants. This environment supports rare, threatened, and endemic species we can see covering the dunes and lowlands throughout the Bay Area. Coyote bush, manzanita (over half of the manzanita species in California are endemic), California sage brush, rare wild lilacs, and California blackberry are among the flora found in this ecosystem. You can thank the summer fog for supplying these unique plants with the moisture they need to survive.

SALMON
In addition to many of the animals that rely on the previously mentioned plants for shelter and food, salmon can be affected by changing fog patterns as well. Some ecologists have noticed lower creek flows during summer months. Paired with a potential for less fog drip, creeks may heat more quickly and affect not only the fish but other wildlife in riparian areas.

If you’re feeling gloomy traveling around the Bay Area in this month of Fogust, keep in mind all the plants and animals thriving in this misty world. Perhaps there is a silver lining to the gray skies after all!