The importance of maintaining our grasslands 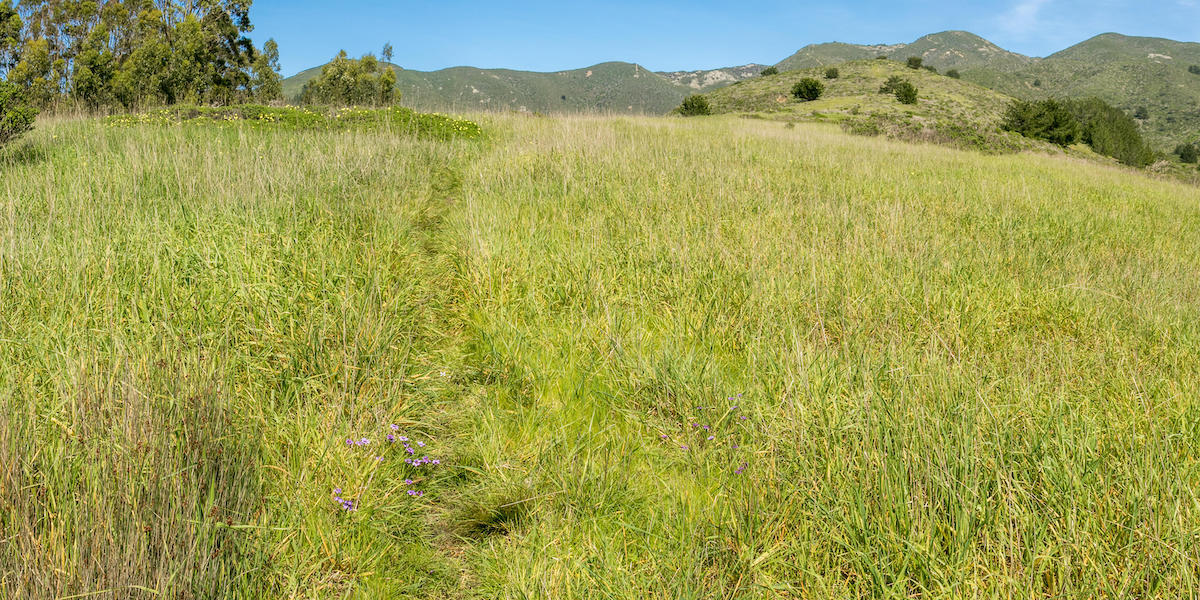 During the late spring and early summer our team starts to spend a fair amount of time out in our parks collecting seeds, which are then brought back to the nursery and propagated. The seeds are planted in the pots, start to grow, and are taken care of by our nursery staff until it is time for staff, interns, and volunteers to take these plants out of our nurseries and get them planted in the ground in our parks during planting season. Seed collecting has been one of the most touching and meaningful experiences for me thus far in the internship. I think it’s a beautiful thing to collect seeds out of a watershed, plant and grow them in the nurseries and then return them back to the original watershed where they will hopefully thrive and flourish.

One of the first things I noticed when initially getting involved with planting season was the amount of grasses that we planted. There seemed to be a lot more grasses that needed to be put into the ground compared to other plants. The longer I was working for the Park Stewardship program, the more I began to understand the importance of maintaining and restoring areas of our parks into grasslands. I also began to look into the history of grassland ecosystems in California.

California was once covered with prairies dominated by perennial bunch grasses. With the arrival of the first Spanish colonists in the 1700s, grasslands experienced a dramatic shift in the type, intensity and timing of disturbance and a dramatic shift in species composition. The Spanish brought with them grazers such as cattle, horses and sheep. Coastal prairies were considered prime property for cattle and sheep ranching because of their productive native perennial grasses. Ranching was becoming a lucrative business due to the increasing demand for beef around the time of the Gold Rush. With the spread of domestic grazers consuming grasses, invasive species were also able to spread throughout the grasslands. Exotic annuals may have easily spread when native perennial grasses were severely overgrazed and went through long periods of drought. Most of California's native grassland areas disappeared once non-native plants species were introduced. Additionally, much of the previous areas of grasslands have been lost to human development. It is believed that there is actually only 1 percent of native grasslands remaining in most areas of California.

Here in San Mateo County, grassland ecosystems provide habitat for some of our endangered and threatened species such as the San Francisco garter snake, Mission blue butterfly and California red-legged frog. Grassland ecosystems help maintain the biodiversity of our parks, disperse seeds, and prevent erosion. These are of the utmost importance for our parks and that is why the work we are doing with the Golden Gate National Parks Conservancy, along with the help of our dedicated volunteers, is so meaningful and special.