Keeping up with: the San Francisco garter snake 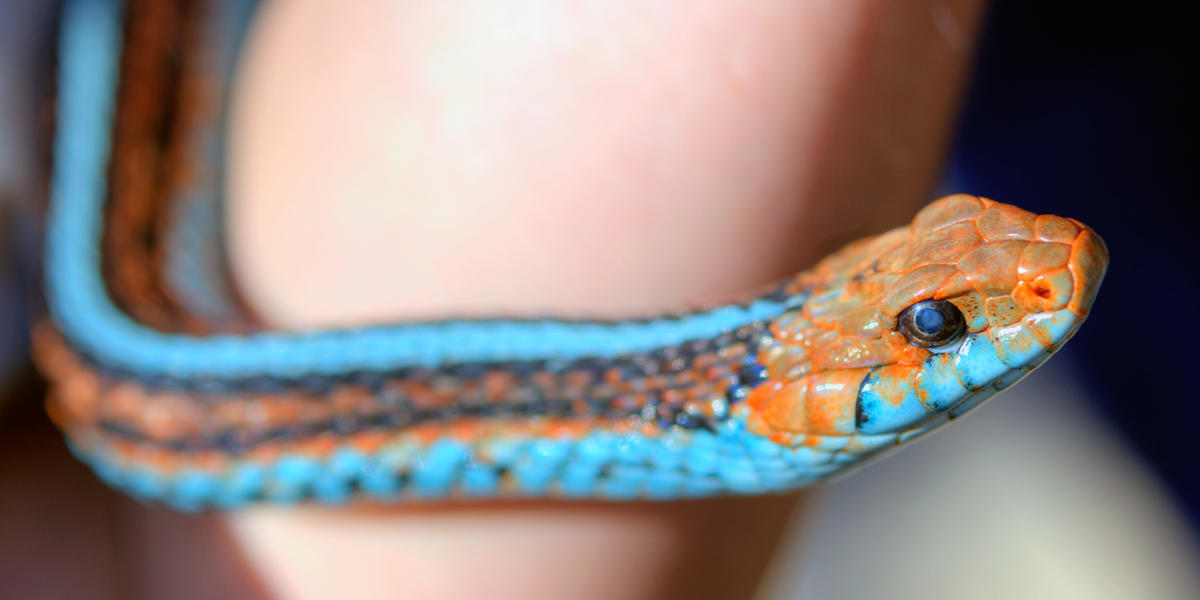 The San Francisco garter snake, considered “the most beautiful snake in North America,” is an absolute treasure residing within our very own San Mateo County. Flashing a bright teal underside, red and black stripes, and a notable red head, the snake is famous for its beautiful coloration.

Unfortunately, the snake’s fantastic display of colors have made it very popular in the pet trade, thus making it one of the most endangered species in North America. In addition, the snake’s preferred habitats—coastal and bayside wetlands adjacent to upland grasslands—have been hit hard by agricultural, residential, commercial, and even recreational development.

Mori Point provides a protected area with crucial habitat for the reptile species. Since 2013, biologists from the National Park Service (NPS) have been conducting visual surveys in an effort to track trends in abundance. In the spring of 2019, they had six observations of the San Francisco garter snake. An NPS aquatic biologist captured four of the individual snakes by hand, noting that three of the four snakes were unique individuals that had not been captured and marked in previous years. While these numbers may seem low, sighting this elusive and majestic serpent is no easy feat as they are extremely shy and quick to flee when they detect any disturbance.

Another organization that is actively researching the snake is the United States Geological Survey (USGS). The goal of their studies is to identify (sub)population sources for potential captive breeding, rearing, and translocation of SF garter snakes to sites with threatened populations. They have been collecting capture-mark-recapture data for the past two years. This involves trapping the snake, marking a scale to give the snake a unique identifier, and releasing it. After repeating this process several times, they acquire data that helps with estimating the number of individuals in these sub populations. Genetic samples from the snakes are also taken to analyze the health of the populations. The results of this year’s study have not yet been compiled and posted, so if you’re interested in following this story, look out for updates on the USGS website.

As we practice habitat restoration in our parks, it’s important to understand the ecology of the wildlife that needs the space to live and thrive. Over the years at Mori Point, the community, volunteers, non-profit organizations, and many more have put in the work to help restore and create critical habitat for threatened and endangered wildlife. A boardwalk was commissioned to help the snake pass from pond to pond on a safe route, avoiding any trampling that could occur by hikers, bikers, or dogs. New ponds were created to help bring additional crucial habitat to the threatened California red-legged frog, which happens to be the main source of food for the San Francisco garter snake.