Positively batty: Why bats are so important to ecosystems 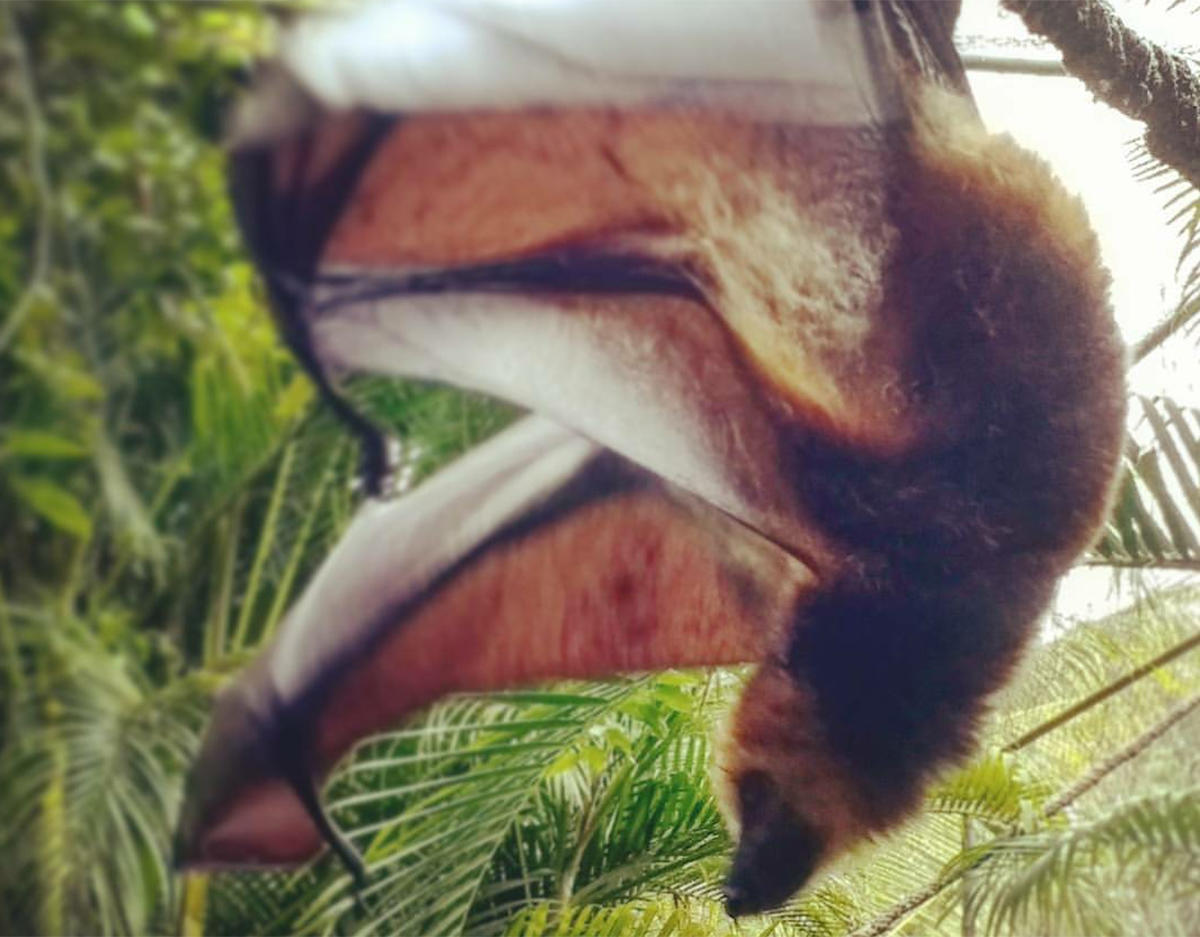 Word association time: What’s your first thought when someone says “bats!”? You might think of furry faces and friendly flying dogs, or Dracula with ominous organ music playing in the background, or that one time as a child you mistook a bat for a bird stuck in your bedroom (true story). Personal experience and popular culture can cast these creatures as both the superhero and the villain. Some cultures believe bats are good omens, while others eat them as delicacies. It’s only natural that people can feel conflicted about them; after all, falling down a well into a colony of bats doesn’t sound like a good day for anyone, including Bruce Wayne.

With all the stigma surrounding them, it’s important to understand all sides to the story. Bats play a major role in the balance of an ecosystem, in California and around the world. They are great mosquito control and are some of the world’s best pollinators, not to mention they make tasty meals for hawks and owls. They are also sensitive to climate change, habitat loss, pesticides, disease, and disturbance at breeding colonies, which means researchers can use them to study the overall health of an ecological system.

I spent the summer of 2017 working with the Mauritian Wildlife Foundation (MWF) in Mauritius, a tiny island in the Indian Ocean home to countless endemic and endangered species. Mauritius fruit bats are key to pollinating and spreading plants that help mitigate flooding and climate change on the island. In 2016, due to misinformation, a government-led cull (killing as a means of population control) wiped out an estimated excess of 30 percent of the fruit bat population. When I was able to visit MWF’s bat nursery and see some rehabilitated bats, I was not only enamored by their fuzzy faces, but blown away by the significance of these creatures in the ecosystem and the work it takes to keep them around!

As you can see, misunderstandings and false data surrounding bats can lead to habitat loss and disturbance, and culls of even previously protected species. Depending on the species, the loss can affect anything from tree density to soil erosion; in California, insect populations and predators’ diets would likely be affected. The balance of any ecosystem, (that’s including human populations), can become unhealthy over time if just one piece is off-kilter.

Right now, a collaboration of scientists are studying 13 bat species throughout Marin County. The US Geological Survey Western Ecological Research Center, Point Reyes National Seashore, and One Tam partners are gathering data about roosting sites, distribution, disease, and diversity of colonies at Muir Woods, Point Reyes, Mount Tam, and other locations. The results of the study will inform wildlife and habitat managers how the bats can be better protected and managed. The study began in 2017 and is expected to take 3 years to complete. The Bay Area needs these bats!

Be sure to check our website, and the Point Reyes and One Tam websites for updates on the bat monitoring and research project. And stay batty!