Taking a Lichen (Or Lovin’) to Rancho Corral de Tierra 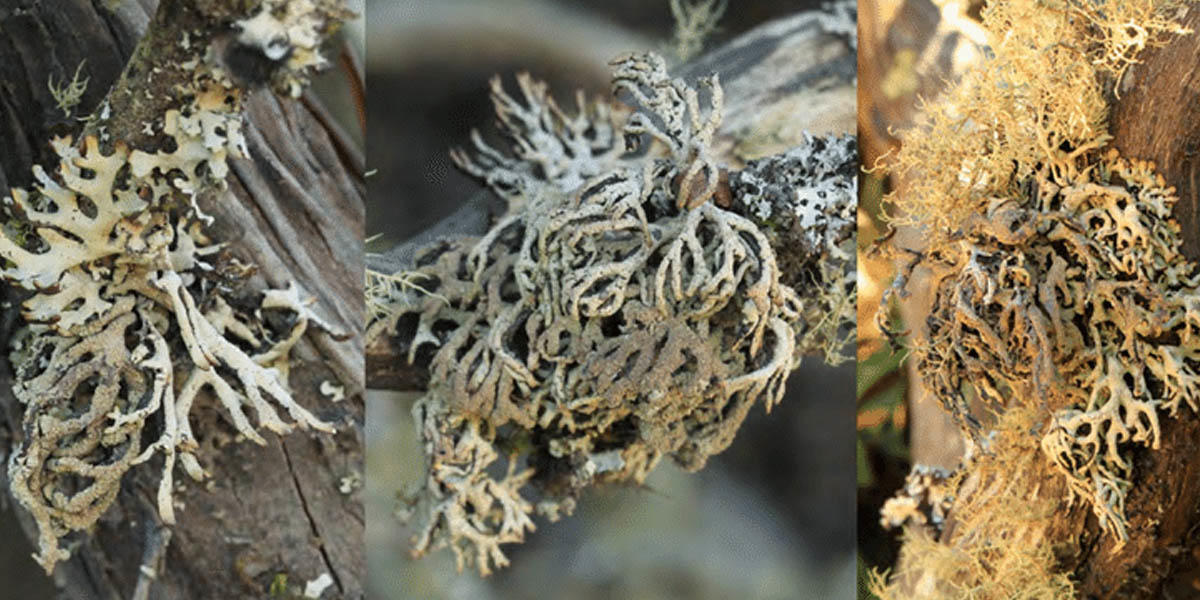 Many visitors of Rancho Corral de Tierra may be familiar with the different plants and wildlife that reside within the 4,000-acre national park site. A less familiar organism that’s often overlooked is the thriving populations of lichen. Lichens are composite organisms that arise from algae or cyanobacteria—they live among filaments of multiple fungi species in a mutualistic relationship.

Back in the summer of 2015, Tom Carlberg, a biological consultant, conducted a survey on lichens across various areas of San Mateo County. He documented 96 different lichen species, including a rare lichen, Hypogymnia schizidiata (HYSC). This species was found at 1,837 feet in elevation on top of Montara Mountain, the highest point in Rancho Corral de Tierra. HYSC is considered a Lichen of Conservation Concern. Before discovering its presence at Montara Mountain, this lichen was known to only exist on four islands south of Santa Barbara. Its common name is actually island tube lichen. The occurrence at Rancho represents a range extension of approximately 280 miles.

The discovery of Hypogymnia schizidiata on Montara Mountain questions whether this lichen might be an example of a rare coastal species with a broad distribution or perhaps an example of limited presence due to habitat destruction. The habitat that many different species of lichen reside in is increasingly being threatened by anthropogenic causes, such as development, grazing, introduced species, and fire.  Many species of lichen are mistakenly considered rare due to their small size, but the HYSC has a very distinctive appearance and is not small. HYSC is often described as greenish-gray or greenish-brown  in color with some dark spotting and tends to branch off the surfaces it grows on. It grows primarily on the bark and wood of both hardwoods and conifers in woodlands, isolated groves, and forests.

As a coastal national park, the Golden Gate National Recreation Area can support a healthy lichen community. It has been estimated that 60 percent of California’s lichen species can be found within 30 miles of the coast. Rocky headlands, characteristics of the coast, are known to have distinct advantages in terms of clean air, constant moisture, and cooler temperatures. At Rancho Corral de Tierra, lichen is able to successfully sustain itself given its habitat within the park is relatively undisturbed and it’s able to gain a fair amount of moisture from the fog that rolls in each day.

This winter we welcome the rainy season, as it typically allows for a rich diversity of various fungi and lichen species to emerge. Take this opportunity to check out the different varieties of species thriving in our San Mateo park sites! You might just take a lichen to what you see.