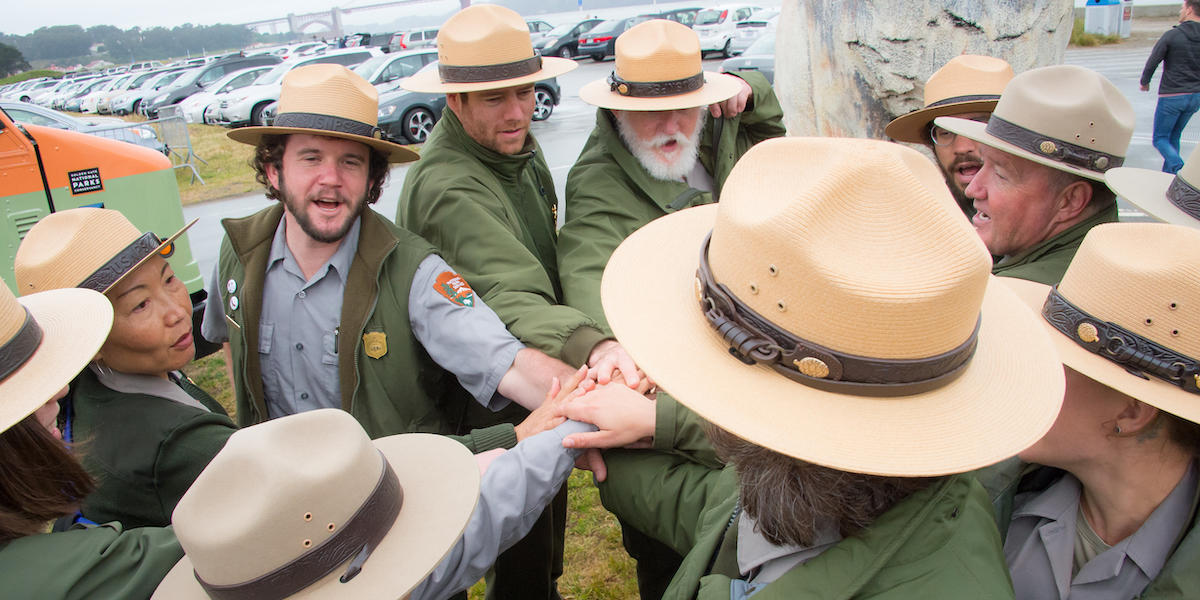 Rangers rally together during the Junior Ranger Jamboree in 2016. Alison Taggart-Barone/Parks Conservancy

Crowning the classic National Park Service (NPS) ranger uniform is the iconic, broad-brimmed “flat hat.” The hat not only protects the wearer from the elements, but it also represents the passion behind the national parks system. According to NPS Ranger James Marks, when a visitor sees the signature silhouette, it communicates “I’m here, here to help.”

The archetypal shape of the hat, complete with a dome pinched into four quadrants (also known as the Montana Peak or the Montana Pinch), was inspired by dimpled hats worn by Vaqueros in Mexico and the Buffalo Soldiers protecting Yosemite National Park. The flat hat, topped with that “lemon squeezer” profile, was officially adopted by the U.S. Army in 1911.

This style of felt or straw hat—also known as a campaign hat—is also referred to as a “Stetson” after a cap manufacturer, the John B. Stetson Company. The hat was first formally specified in the NPS uniform regulations in 1920, but it wasn’t until 1934 that Stetson officially started selling hats to NPS.

Until 1959, according to NPS, employees were instructed to manually put four small dents in the hat crown before the dimples were later inserted during the manufacturing process.

While anyone can wear a quad-dented campaign hat, the NPS leather hatband is what completes the ranger look. Etched in the Manzanita-toned ribbon are the words USNPS (United States National Park Service) surrounded by whimsical swirls and sequoia tree cones. Bookending the band are two metallic sequoia cones with a spiraling leather fastener in between to secure the hat.

According to NPS, during a conference of park superintendents at Yellowstone National Park in 1929, a band was recommended for the uniform. Landscape architect Thomas Vint prepared a sample hatband that consisted of tree cones and foliage, secured at the left side by ring fasteners.

On January 16, 1930, the hatband was approved and became part of NPS lore, complete with a provision to mandate the sterling silver ornaments as official uniform swag. During a change in ranger uniform suppliers in the late 1970s to early 1980s, the once-silver sequoia tree cones were switched to gold-plated. 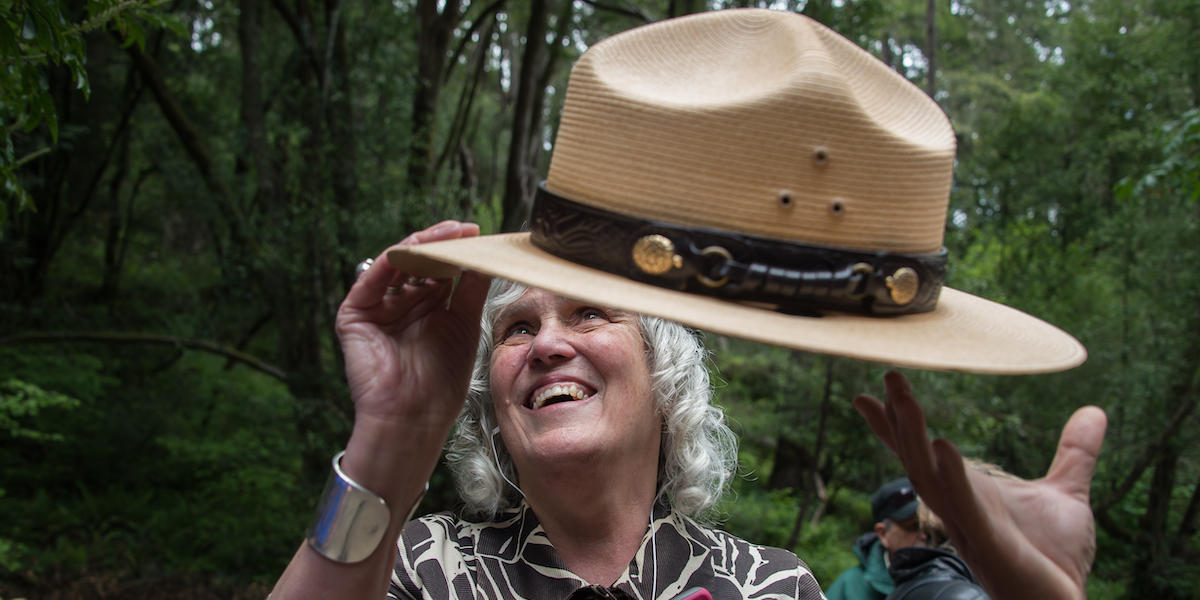 But if the situation calls for it, an NPS ranger’s closet also includes a wide variety of other styles of hats (ball caps, knitcaps, ear flap hat, etc.).

“Any of us can wear whatever hat is suitable for the situation,” Ranger Marks said.

However, Marks says rules prohibit the mixture of seasonal uniforms.

Regardless of the season, hats exposed to the elements require some TLC. Ranger Marks says all you need are a sponge for spot cleaning and a stiff hat brush for getting the dust out. “No soap,” he added.

While traveling, roving rangers have to use a specialized, reinforced hat box to maintain its shape. Think of it as a small, hard-sided briefcase with a head-sized rotunda in the center for the hat’s dome.

Depending on its condition, oftentimes the hat serves in the NPS ranks longer than their original wearer. There’s a custom of handing down hats from retiring park rangers to new park rangers, as outgoing staff is not supposed to keep the uniform upon retirement. Ranger Marks was bestowed a hat that had been passed down by other rangers for 45 years.

“Eventually, if you wear a hat long enough then you need to replace it. That’s a good thing, that means you put it to good use,” Ranger Marks mentioned.

Ranger Marks remembers the first time he ever saw a ranger hat, at Tioga Pass in Yosemite in the 1960s. Marks is now that ranger for another child who might be seeing the hat for the very first time.

No matter the person donning the ranger hat, each ranger in the uniform has a new opportunity to expand how the public sees the Park Service and what it represents. 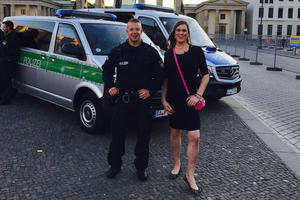 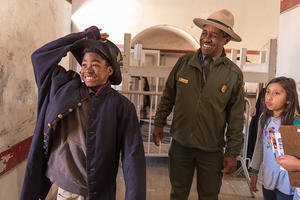