A Bird’s Eye View of Alcatraz 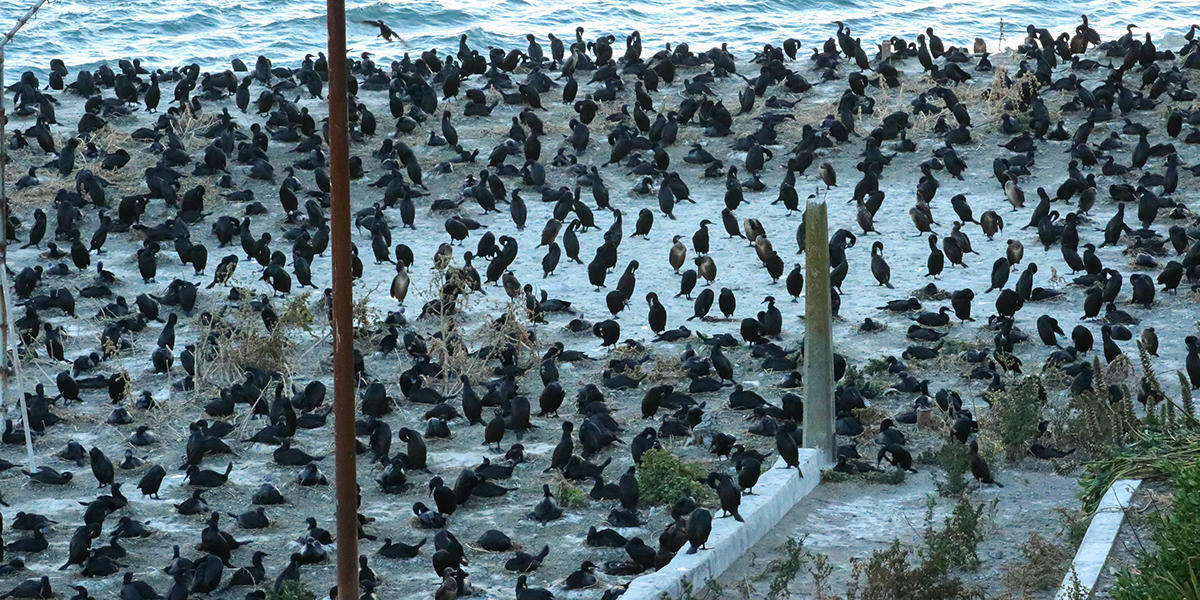 I recently spent part of the day visiting Alcatraz. There’s a lot of interesting history on that island, from military base to prison to park. But on that day, I was more interested in the bird life. What many people don’t realize is the abundance of nesting birds on the island, including California and Western Gulls, three species of cormorant, and Black-crowned Night Herons.

The spring and summer bring a profusion of birds to this small island and you are surrounded the minute you step off the boat. Pigeon Guillemots, with their bright red legs, patiently bob in the water right off the pier, welcoming you to the island. Ravens chortle in the Monterey cypress trees above, and Brandt’s Cormorants, with their striking blue throats, can be seen nesting in a large colony from the lookout by the warden’s house.

Also notable are the Snowy Egrets. Generally, the island is home to dozens of pairs of Snowy Egrets that build their nests in the shrubs and trees below the cell house. Several pairs even nest within a dozen feet of West Road, and can easily be seen as they fed their week-old chicks.

Breeding egrets have beautiful wispy feather plumes that they use to attract mates. Standing so close to them, it was easy to see why those feathers are so attractive to other egrets. It’s also easy to see why they were so coveted by people just a century ago when those feathers, and feathers from other species, could cost more than their weight in gold.

In the late 1800s and early 1900s plumes and feathers in hats were considered high fashion. This trend prompted plume collectors to go around and shoot birds to collect their feathers for sartorial purposes. Egrets and herons often nest in colonies, known as rookeries. These rookeries, which can contain thousands of nests, are generally located on islands—beyond the reach of most mammalian predators and egg-robbers. 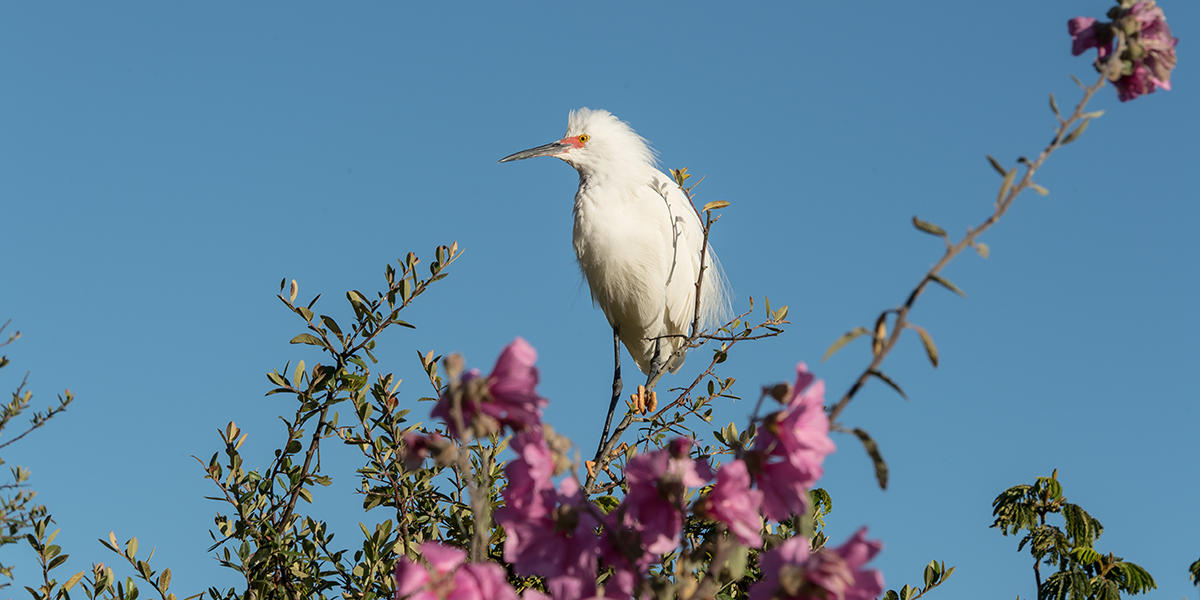 Snowy egret Alison Taggart-Barone/Parks Conservancy
Unfortunately for the Snowy Egret, those targets were too tempting for plume hunters around the turn of the 20th century, especially because those beautiful plumes were particularly prized. Hunters would wipe out entire colonies of birds for their plumes. The sad spectacle caused at least one plume hunter to quit the trade, after witnessing the aftermath of hundreds of chicks dying in nests because the parents had all been killed.

Such wanton destruction of nesting colonies led to crashes in populations of Snowy Egrets, and they were almost wiped out from the East Coast. Other species were also not immune to the effects of the feather trade. In fact, the Carolina Parakeet—the only native parrot to the U.S. and extinct in the wild since the early 20th century—may have been wiped out partially due to this feather trade.

The numbers of birds killed were so staggering (estimated at over 5 million birds per year during the height of the feather trade) it helped jumpstart the environmental movement and gave rise to the Audubon Society—which still uses the Snowy Egret as its symbol. Because of the declines in bird populations, in 1918 Congress passed the Migratory Bird Treaty Act which, among other things, banned the sale and trade of native non-game bird species. It is for this reason that it is actually illegal to keep native non-game bird feathers, even ones that are simply found on the ground.

The foresight to put nature over fashion helped to save a number of the country’s species. And now, it’s possible for you to take a trip out to Alcatraz and see a few of those nesting birds, and enjoy not only the cultural history but the natural history. But remember, these birds can be sensitive and as visitors to the island we need to be respectful that this is their home.