The Hunt for Bulbs in Redwood Creek Watershed 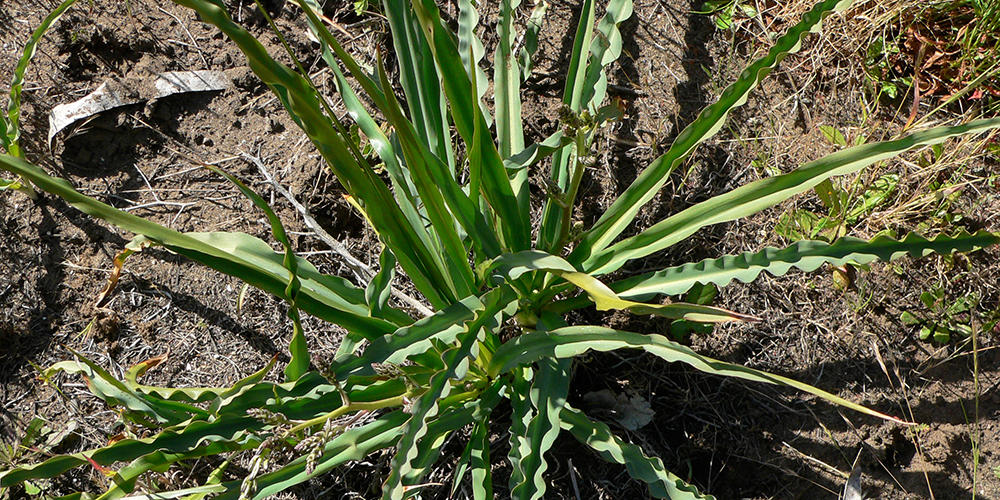 The Spring Equinox is almost upon us and it’s the time of year when we all wait for the rains to get the wildflower show started. At the Redwood Creek Nursery, though, we are collecting something a little different this year.

This year we are on the hunt for bulbs, specifically for bulbs of blue dicks (Dichelostemma capitatum), Ithuriel’s spear (Triteleia laxa), harvest brodiaea (Brodiaea elegans), and soap root (Chlorogalum pomeridianum). We will need about 48 bulbs of each species for planting among the coastal scrub and grassland restoration areas of the Muir Beach project.

With most species grown for restoration, Parks Conservancy nurseries mostly collect and sow seed for propagating plants. In this way we assure that that we are collecting from as many individuals as possible and thus promoting greater genetic variability.

Collecting bulbs is quite a bit different. We will be collecting single bulbs by digging up individuals from various areas throughout the watershed. As a result, there will be limited genetic variability and few individuals.

The main reason we are collecting bulbs from the field instead of collecting seed for these species is because we do not have the time to grow each bulb to a plantable size by November 2012. Bulbs, when grown from seed, take a minimum of two years or more to grow to a size that is sufficient for survivability in the field and even then they are about the size of a pencil eraser or smaller. We have eight months until the fall planting date, so our only option is to do a “field-to-nursery-to-field” transition of these bulbs.

At this time, my role is to determine where the best collection spots will be. The most difficult part is identifying each species by leaf shape, color, and texture before they even flower. Once they flower the job is much easier, but it will be fun to see whether my bulb-identifying guesses are correct.

For each species I need to find areas where there are plenty of bulbs, so that when I am ready to dig them up, I am not taking more than 5% of a population. In fact, I will probably take far less from each population than what our collection rules allow.

Lucky for me, most bulbs are already propagating themselves in a couple of ways. Not only can they be grown from seed, but the plants also form underground structures called corms and cormlets. Think of a cormlet as a baby bulb that is attached and grows next to its momma bulb; when someone like me (or an underground digging creature such as a gopher) comes along and disturbs the soil, these cormlets break off and are left behind to continue to grow. While I head off with the biggest corm to be transferred to the nursery and held onto until the November planting date, there is plenty left behind to keep the population growing.

It’s been said that native peoples kept their bulb food sources healthy in this way.  Traditionally, bulbs were dug up with special digging sticks and then taken home to be roasted or processed for eating. While I won’t be roasting and eating the bulbs, I will be taking them back to the nursery and caring for them. They will be held in flats of soil through the spring and summer, when they will go dormant and will receive no water.

In the fall, I will look forward to watching those bulbs leave the nursery and head out to a new location in the watershed, where they will proliferate and multiply for the future—bringing even more color in many spring seasons to come.

Chelsea is the manager of the Redwood Creek Nursery, and has been working in nurseries her entire career