The Importance of Knowing What "Invasive" Means 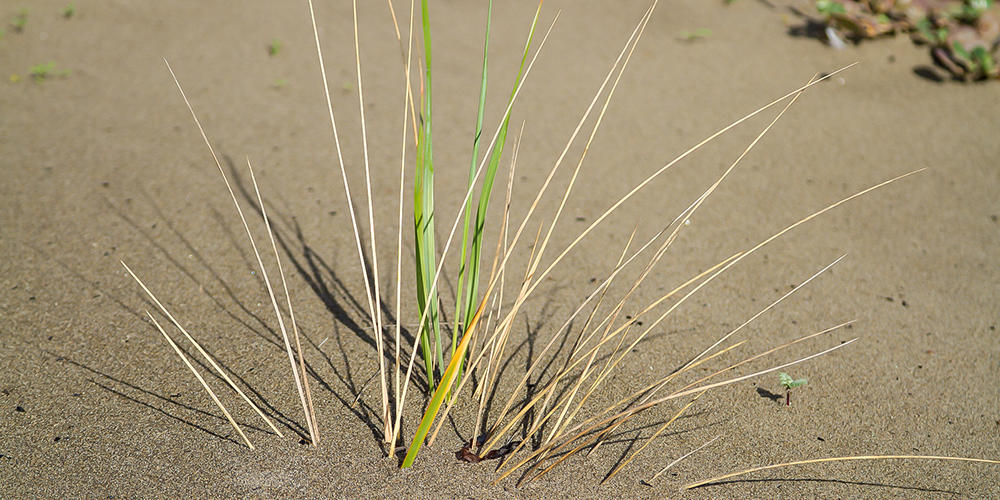 Invasive species, like this European beachgrass, cause an imbalance to the native communities and upset the food web Kirke Wrench/National Park Service

What do these words mean to you? No matter what the context, these terms have strong connotations. It's no wonder that volunteers sometimes balk when we use these hot-button terms to describe plant species existing in the Golden Gate National Parks. Also, we all make the mistake of using these terms interchangeably when they really mean very different things.

Since this incident and my participation in a UC Davis workshop on educating the public about invasive species, I am committed to clearing up the misconceptions about what these words mean and the context in which they should be used.

I think environmental educators, myself included, need to be more careful, sensitive, and consistent in their explanations of habitat restoration. Lastly, I believe it is imperative that we provide the ecological background necessary for our volunteers to understand why the plant removal they perform is important to maintaining their parks.

Let’s take a closer look at the words we use. Native or indigenous species are organisms that have evolved and existed in an area for hundreds or thousands (or millions!) of years, without the help of humans. They are adapted to the ecosystem's geology, hydrology, and climate. They fit into a community food web where they gain enough energy and nutrients to survive and are a food source for other organisms living in the community. A native plant and animal community is in balance with the environment, and can sustain itself for many years until abiotic conditions change.

Non-native, exotic, or introduced species are organisms that have been brought to an area intentionally or unintentionally by humans. Some species are brought to a new area because of their beauty or beneficial uses. Others hitch a ride on cargo ships or on the bottom of our shoes.

The small fraction of non-native/exotic species that do harm native ecosystems are called “invasive” species. These species enter native ecosystems and survive so well that they take up space normally inhabited by native species. They cause an imbalance to the communities and upset the food web that had long been established there.

How do they do this? First, it’s important to remember that invasive species in one area are native species in another. In their native community, these species have predators or bio-controls that keep their numbers in check. They are part of a stable, balanced food web.

However, when they are introduced to a new community, they may no longer have natural predators or controls on their population growth. When times are good, what do living organisms do? They successfully reproduce! It's easy for these invasive species to outcompete native species that have predators and bio-controls.

And so, the picture becomes a little bit clearer. According to the California Invasive Plant Council, we have 4,200 native plant species in California, and 1,800 non-native/exotic species. Of those 1,800, only 200 are considered invasive. Case in point: Few non-natives are actually invasive.

When a high school student says, "I wasn't born in this country; does that mean that I'm a non-native? Does that mean that I'm viewed as a bad thing that needs to be removed?", we have already failed that student. We should have defined our words and created a context of understanding, so that those questions would not need to be asked.

Parks For All Forever is the motto of the Conservancy. It is vital that we use our words so that all people feel invited and welcome in these parks and that we thoroughly explain how the habitat restoration we are doing is a way that we are preserving these parks forever.

Learn how we control invasives in the Golden Gate National Parks; register for this upcoming Park Academy class >>