The Ravens of Hawk Hill: Intelligence, Play, and Social Behavior 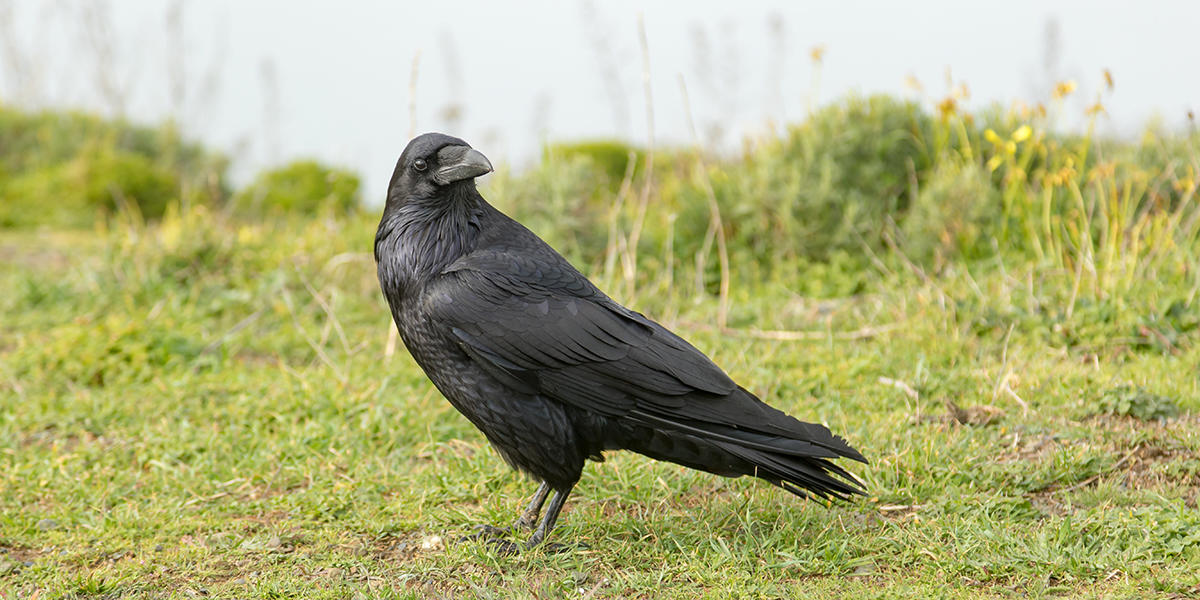 Ravens are among the most fascinating birds to observe here in the Headlands. Kirke Wrench/National Park Service

On any visit to Hawk Hill, you might notice the resident common ravens (Corvus corax) hanging out on fencing, sitting on platforms, or acrobatically tumbling through the air.

Ravens belong to a taxonomic family of birds called the corvids, which also includes crows, jays, magpies, and nutcrackers. Corvids are among the most intelligent birds, and are known for their advanced learning capacity, memory, and tool use. Some corvids are clever enough to obtain food using a sequence of tools, and even manipulate the shape of tools to optimize efficiency.  Studies have shown their ability to recognize human faces, and to associate certain sounds and signals with a food reward.

By engaging in play, ravens can learn more about the environment around them, develop social skills, and practice flight maneuvering. When you visit Hawk Hill, keep an eye out for ravens chasing each other and doing barrel rolls through the air. If you look closely, you might notice the birds playing with sticks or other objects. Occasionally one bird will start playing with a stick, and the others will follow. As they fly, the birds may pass the object back and forth, “playing catch” with it through the air. It is truly amazing to watch their flying skills. In one instance, I even watched a raven pick up a small rock at his feet and drop it onto a passing red-tailed hawk!

Along with the groups of playing ravens, look for raven pairs perched around Hawk Hill. This species establishes long-term pair bonds, and adults usually stay together year-round.  Allopreening (preening each other’s feathers) is a commonly observed behavior between pair members on the hill, and may help to reinforce the pair bond.

Ravens have a complex repertoire of calls. Researchers have deduced the apparent meanings of some raven calls, such as the “knocking” call used by females to assert their dominance. Ravens sometimes “yell” to recruit others to food. Although this may seem strangely altruistic, juvenile ravens have a purpose in calling others towards food. Recruited groups of young birds can overwhelm resident adults at a carcass, which allows the juveniles to gain access to food that might otherwise be defended. Scientists have only begun to understand the variety of meanings behind different calls, and there are many corvid vocalizations that remain mysterious. It is very interesting to listen to these calls and to note whether certain sounds seem to be associated with particular behaviors.

If you are intrigued by ravens and would like to learn more about their behavior, there are a variety of books, papers, and other resources to explore. Two books by Bernd Heinrich are a good place to start:  Mind of the Raven:  Investigations and Adventures with Wolf-Birds and Ravens in Winter. Both books discuss the reasoning behind some of ravens’ complex behaviors.  And of course, you can learn so much about these amazing birds by observing them in the field.  Happy raven-watching!