The Smaller Winged Creatures Flying Through the Headlands 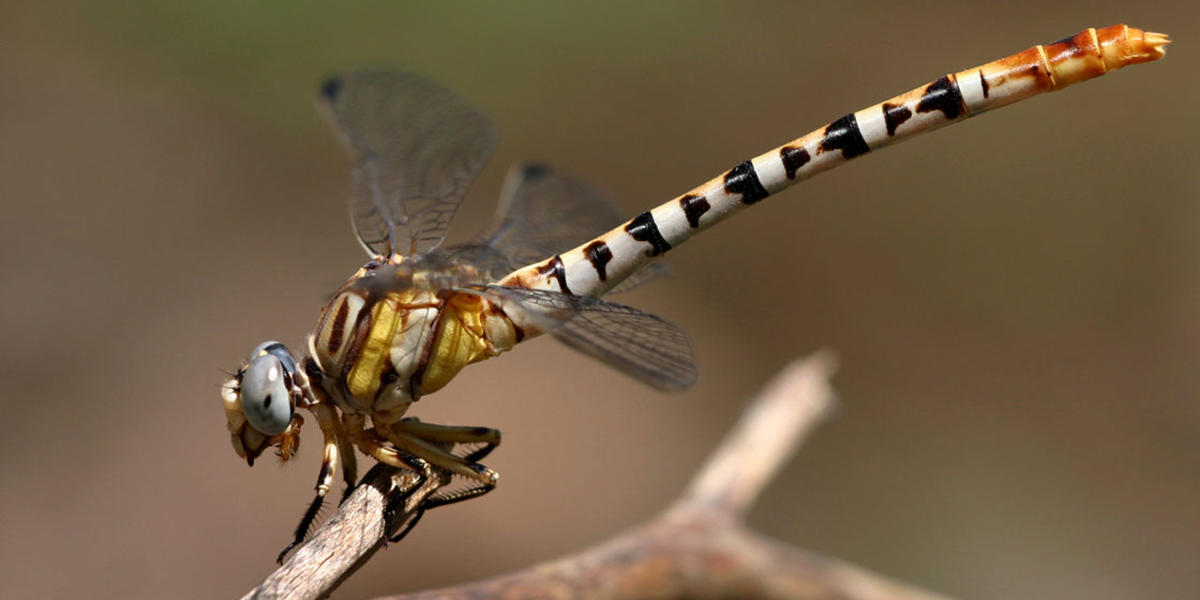 Dragonflies are fairly common in the Bay Area and can often be seen flying around ponds, streams, and other bodies of water. Jessica Weinberg McClosky/Parks Conservancy

Odonates are dragonflies and damselflies that are associated with water. As flying adults, they are carnivorous that prey on other insects. Their name comes from the Greek word odṓn meaning “tooth”—even though it is now known that their strong mandibles (jaws) do not have teeth but rather serrations.

Dragonflies are fairly common in the Bay Area and can often be seen flying around ponds, streams, and other bodies of water. They can be quite colorful, like the flame skimmer, or more subdued, like the wandering glider. And it turns out a number of dragonfly species are migratory, and their migratory patterns and abilities rival those of birds.

While dragonfly migration isn’t as popularly known as bird or butterfly migrations, it is no less impressive. The wandering glider (Pantala flavescens), for example, has a worldwide distribution and can be seen in the Bay Area. It is well-known for large movements and some populations migrate from India to East Africa and back each year—a round trip, over several generations, of over 10,000 miles! This is the only known regular trans-oceanic insect migrant.

Another Bay Area resident, the variegated meadowhawk (Sympetrum corruptum), can move in significant numbers, especially along the coast. In fact, it seems likely this was the species I saw by the hundreds in early October on Hawk Hill.

Unlike birds, dragonflies that migrate south aren’t the ones that migrate back north. One generation of dragonflies will fly south and lay eggs. The eggs hatch and develop into adults, which then fly back north in the spring to complete the cycle. So those individuals I watched flying southward across the Golden Gate will find some beautiful southern spot to lay their eggs—and it will be their grandchildren we can watch flying over Hawk Hill in the fall of 2014.

Because it is fall, I don’t want to ignore our usual topic of migrating raptors completely. It turns out that these dragonfly migrations may be beneficial to some raptors, especially species like the American Kestrel and Merlin, which eat them. Our hawkwatch volunteers have anecdotally reported larger flights of these species during large flights of dragonflies, and researchers in the Midwest have documented correlations between American Kestrel migration and the migration of the green darner—a large dragonfly that may act as an important food resource for kestrels.

So, is Hawk Hill as good for dragonfly migration as it is for hawks? I don’t know. But I can tell you that I have started bringing my dragonfly field guide up to Hawk Hill—and you may occasionally catch my binoculars trained on migrating dragonflies rather than the migrating hawks.

You can find more information about our local migrating dragonflies here.