Bring your binoculars to Bolinas Lagoon, a 1,100-acre tidal estuary whose pristine marshes and water-snaked mud flats are home to a fascinating diversity of waterfowl.

In fact it is a designated Marin County Open Space District wildlife preserve and bordered by the eccentric seaside village of Bolinas, Highway 1, and the white, sandy arc of Stinson Beach.

Harbor Seals
As you drive Highway 1 along Bolinas Lagoon, look for harbor seals hauled out on Pickleweed and Kent islands, and on the lagoon’s tidal sandbars. Harbor seals have a physiological need to come onshore (haul out) almost daily to rest. They also haul out to give birth and rear their young during the pupping season.

Though Bolinas Lagoon is not a major breeding area, 150 or more seals and their pups can often be seen on the lagoon’s haul out spots, such as Pickleweed Island. The best seal watching months are April through June.

Invertebrates
These hardy organisms thrive in Bolinas Lagoon’s ooze, awash with freshwater runoff and saltwater. Tiny, spineless shrimps, worms, and other creatures regulate their internal salt levels to accommodate constant changes in salinity. The invertebrates’ presence is one reason why estuaries are one of the most productive types of ecosystems on the planet.

Birds
Snowy egrets, blackbirds, warblers, and dozens of other bird and animal species live in and around the lagoon. Seasonal avian highlights include ducks in the winter, herons in the springtime, and pelicans in the summer.

In spring, over 100 pairs of great egrets and great blue herons nest in the tops of the ranch’s redwoods. The adjacent lagoon provides ample food for their young. The nestlings hatch in May and June, which makes those months the best time for a visit.

Find other activities in the park

Learn about amazing wildlife, new trails and visitor amenities, fascinating people, expert-recommended hikes, and upcoming park events—all delivered to your inbox, for free. Subscribe to the Parks Conservancy's monthly e-newsletter, Park E-ventures, for the latest updates from your favorite national park.
Sign me up for Park E-ventures!
Today 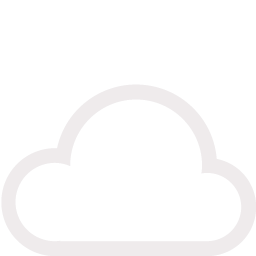