What's the deal with those contoured Presidio Tunnel Tops benches? 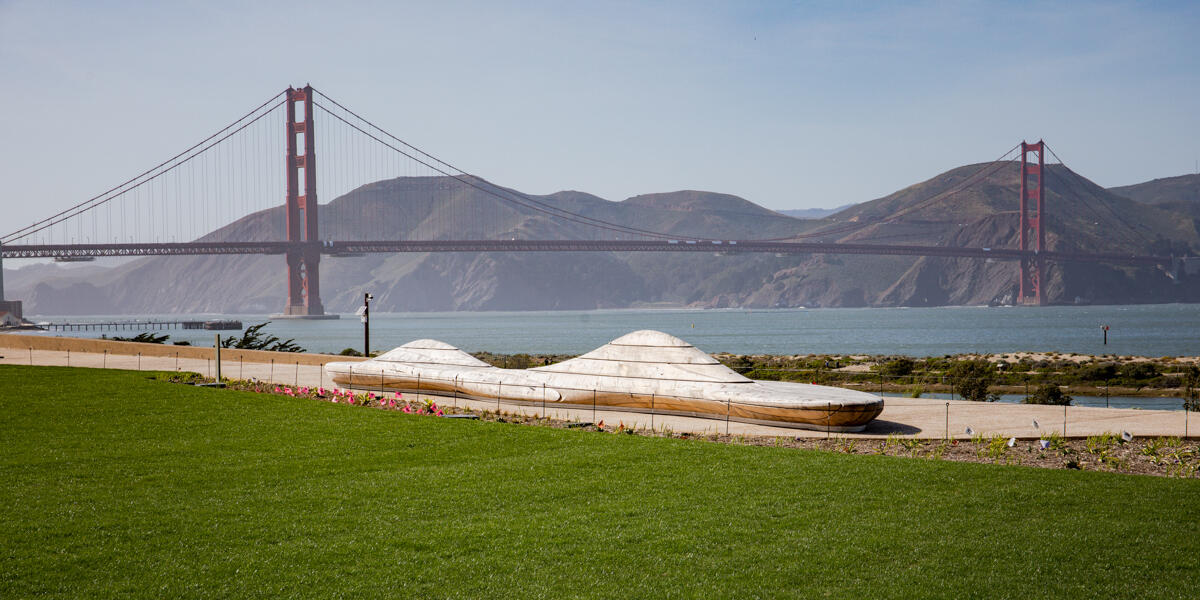 These iconic benches at Presidio Tunnel Tops were made from cypress trees that toppled in the Presidio. Ryan Curran White / Parks Conservancy

Some people see waves, some see the Marin Headlands, and some see sand dunes.

What do you see when you look out at the large cypress-wood benches along the Cliff Walk at the new Presidio Tunnel Tops? Whatever it is, you're adding your own story to this new park, and that's great by the park's designers.

"The benches deserve a bit of mythology," said Richard Kennedy of James Corner Field Operations (JCFO), the designers of New York's High Line and Presidio Tunnel Tops. "They're special, site-specific benches. Because they are so unique, I suspect they'll evoke different feelings from people, and I think that will add to their appeal."

One of the original inspirations for Kennedy and the JCFO team was driftwood—they wanted the benches to look like something you might pick up at Crissy Field's East Beach. Another major inspiration came from the expansive community input phase of the project, led by JCFO and community engagement teams from the Partnership for the Presidio—the Parks Conservancy, Presidio Trust, and National Park Service.

Two major pieces of feedback were incorporated into the design of the benches. People asked for varied places to sit and enjoy the view, including picnic tables, spots for just one or two people, and large benches for a whole family or group. And people wanted shelter from the wind, so JCFO designed high backs and seating on both sides of the benches so people could angle themselves away from the elements if needed.

The cypress wood used in the benches is part of the sustainability story of Presidio Tunnel Tops. The wood comes from reclaimed Presidio cypress trees, including the "mother tree," a 90-foot, 40,000-pound tree felled in the Presidio when it was an Army base. In 2019, the mother tree was carefully transported to Arborica in Marin County, where Evan Shively milled it for use at Presidio Tunnel Tops. 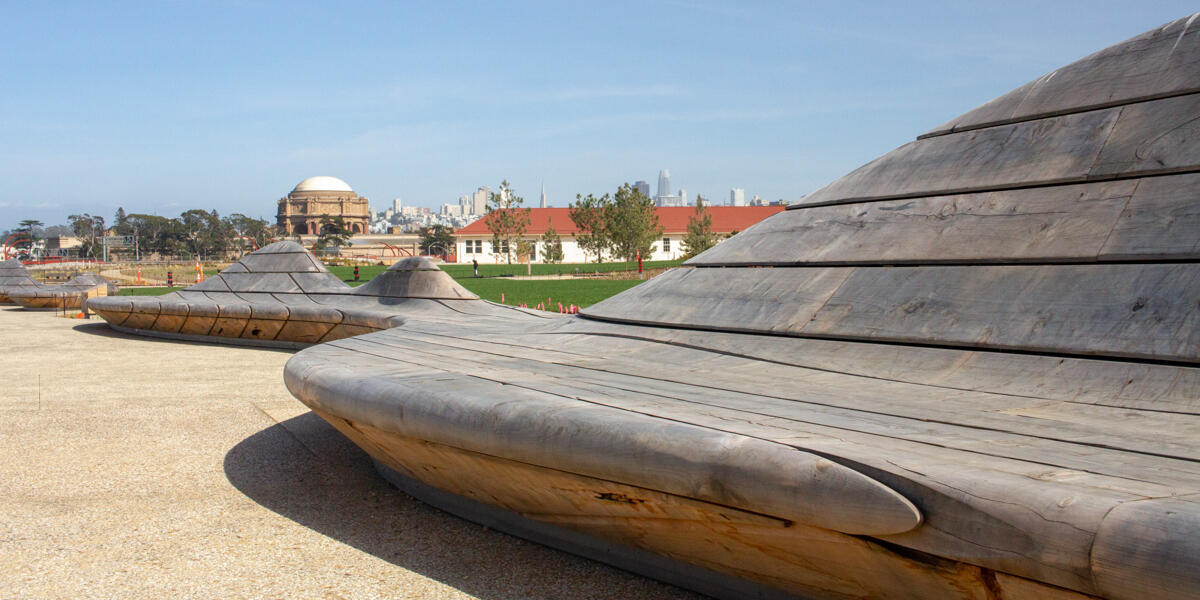 The cypress wood presented a unique challenge for Gizmo, the San Francisco company charged with fabricating the benches. The benches are built around large frames, not carved from one piece of wood as the JCFO designers had originally intended, because cypress wood often includes large gaps. Gizmo planned for the wood to move and shift over time, much like the natural world around it.

"The root of our inspiration is these permanent sculptures that stand out against nature, complementing and cooperating with nature," said Mark Sabatino, President and Founder of Gizmo, which has also designed usable sculptures at the Bay Area Discovery Museum at Fort Baker, among spots around the Bay Area.

At night, the Cliff Walk benches have lights that provide an ethereal glow but still allow for enjoyment of the night sky.

The benches are a major part of the subtle, immersive experience at Presidio Tunnel Tops, which comes back to the community input.

"People were looking for a design that was simple, elegant and thoughtful, one that didn't overpower the setting but respected it," said Rania Rayes of the Presidio Trust. "This scheme did just that, and that's why it was so successful."

So whether you see driftwood, sand dunes, or just look past the benches to see the beautiful vistas beyond, there are so many ways to make your own story at Presidio Tunnel Tops. 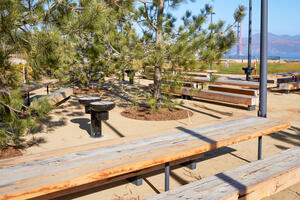 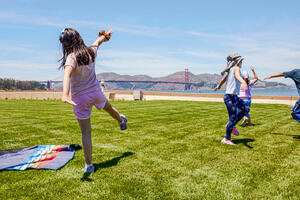 It's almost here: Get excited for Presidio Tunnel Tops 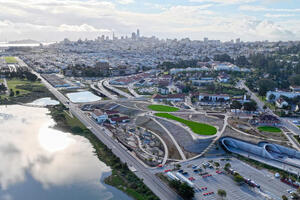