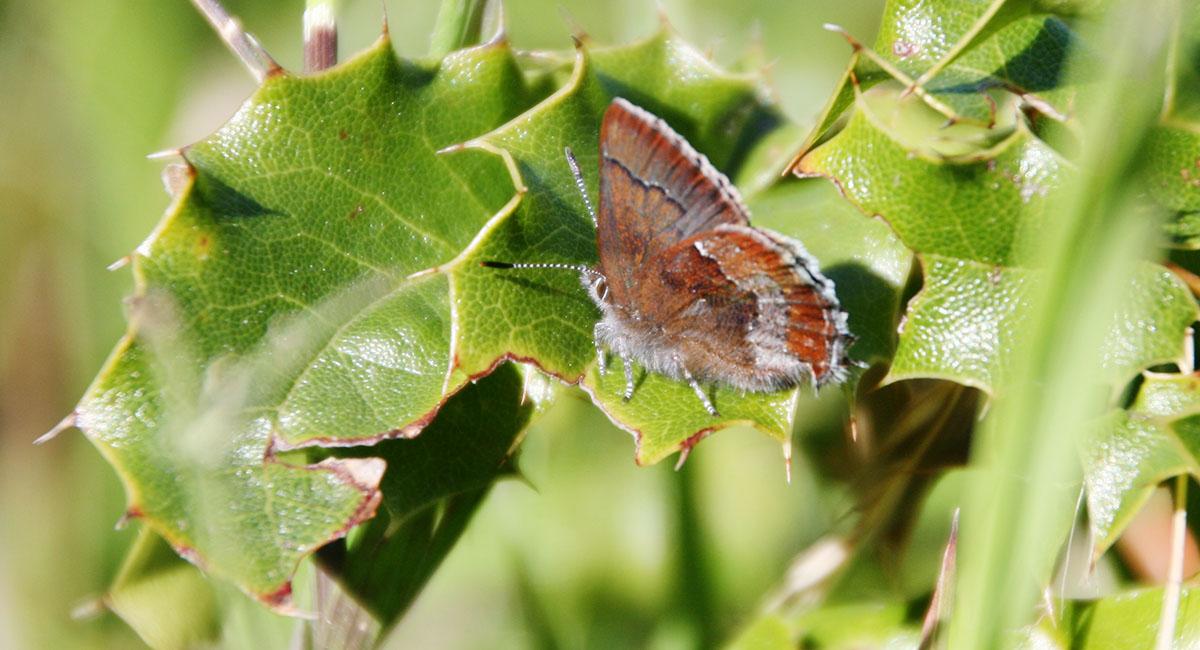 The San Bruno elfin is brown on the upperside, and reddish brown on the underside with a whitish, irregular median line (both sexes). The larvae (caterpillars) are bright red or bright yellow.

Adults are 20 - 24 mm (a bit smaller than the Mission blue). Larvae are very small, but easily spotted due to their bright coloring.

The elfin occurs only on north-facing slopes within the fogbelt where its hostplant, broadleaf stonecrop (Sedum spathulifolium) grows. Stonecrop grows in coastal grassland and low scrub on thin, rocky soils.

Females oviposit on the ventral surface of broadleaf stonecrop from February to early April. The red or yellow larvae hatch in 5 to 7 days and feed on the stonecrop leaves in the first and second instar. Third instar larvae begin to feed on the flower heads in May, and continue to do so in the fourth instar. The fourth instar pupates at the base of the hostplant, and the pupa enters a diapause, which lasts through the summer, fall, and early winter. Adults emerge February to early April and live for about a week, mating and laying eggs on the hostplant. 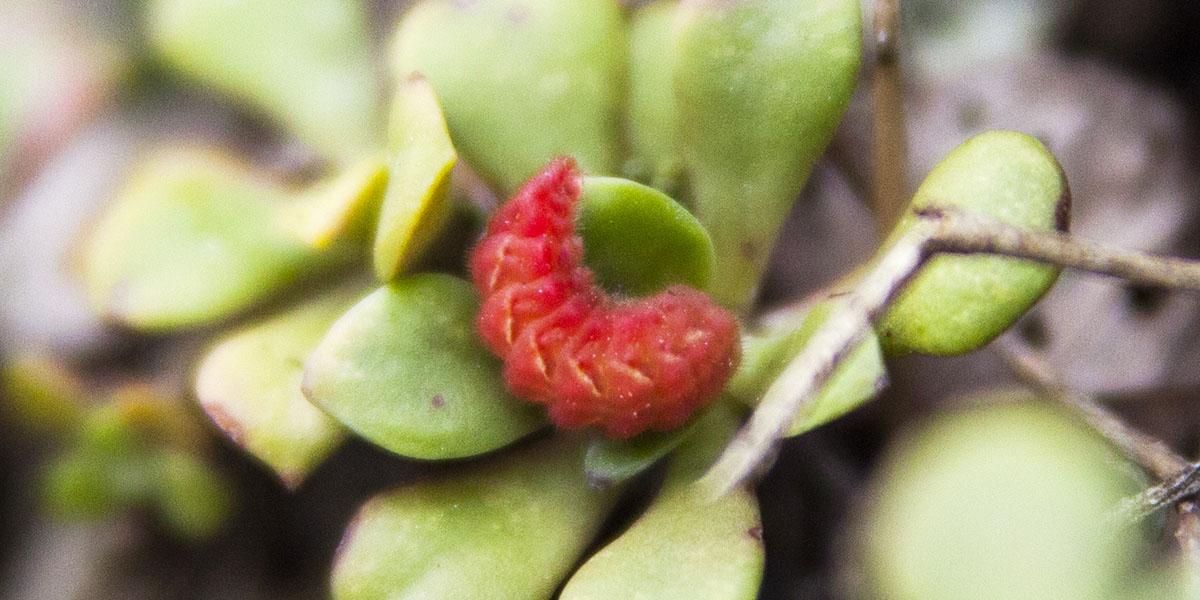 Elfin larvae will feed only on the leaves of their hostplant, broadleaf stonecrop. Adults may drink the nectar of early-blooming coastal flowers, especially hog fennel (Lomatium utriculatum), using a long tube called a proboscis that extends from the underside of the head.

First and second instar larvae spend most of their time feeding on stonecrop leaves, while the third and fourth instars feed on stonecrop flowers. Larvae are active in all weather conditions. Adults spend their short lives mating, laying eggs, and nectaring. To locate a mate, adult males perch in the vicinity of the host plant, flying out to investigate passing insects. Females spend even less time in flight than males. Adults rarely stray far from the broadleaf stonecrop habitat. On rainy, cool, windy, or foggy days, adults hide out underneath vegetation.

The Golden Gate National Parks Conservancy Park Stewardship Program keeps a close eye on San Bruno elfin populations in the parks by counting their caterpillars in a systematic fashion every spring. It has been monitoring caterpillars at Milagra Ridge since 1999, and at Rancho Corral de Tierra since 2012. 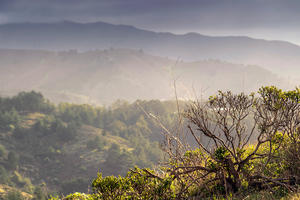