August 25, 2021: SAN FRANCISCO— The Golden Gate National Parks Conservancy and the National Park Service today commemorate the 40th anniversary of the Parks Conservancy and the 105th anniversary of the founding of the National Park Service with the unveiling of a several year rehabilitation of a previously closed and grown over historic garden on the bluff of historic Fort Mason, Black Point historic gardens. This one-acre terraced hillside connects San Francisco’s Aquatic Park to the Golden Gate National Recreation Area (GGNRA) at Fort Mason and has been fenced off since the 1970s. Today marks the first time the gardens will be open to the public.

“The GGNRA is an astonishingly comprehensive national park site surrounding and in a major urban area,” says Christine Lehnertz, CEO & President of the Golden Gate National Parks Conservancy. “As we officially open Black Point historic gardens today, we celebrate the work of our staff and volunteers, and the support of donors who made this restoration possible. It’s through their support that this one-acre park site - fenced off, closed to the public and overgrown since the 1970s - can now be enjoyed.”

Lehnertz continued: “Yet, this is just the start and there remains work to be done on this hillside. I invite community members to join us as volunteers or donors as we continue to garden and landscape the gardens throughout the fall and winter.”

“I am so very proud of the accomplishments of our non-profit partner, the Parks Conservancy,” stated Laura Joss, Superintendent of the Golden Gate National Recreation Area. “Through committed service, community support and vision—we now enjoy some of the most extraordinary open, public spaces in the world. Not only are these areas readily accessible, they also are some of the nation’s most visited national parks, significantly contributing to local tourism – an estimated $775 million in 2020.  I’m excited to see what the Parks Conservancy brings to people and parks over the next 40 years.”

About the Golden Gate National Recreation Area
Golden Gate National Recreation Area, situated in and around San Francisco, is the second most-visited park in the National Park Service, hosting more than 12 million visitors in 2020. A diverse park with abundant recreational opportunities, as well as natural, cultural, and scenic resources, it encompasses more than 80,000 acres across three counties. The park also administers two other NPS areas, Fort Point National Historic Site, a Civil War era fortress built on the northernmost point of land in San Francisco, and Muir Woods National Monument, which comprises an impressive stand of old growth coastal redwoods in Marin County. 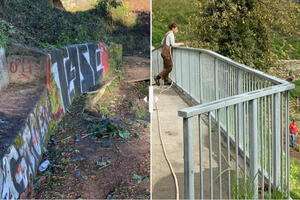 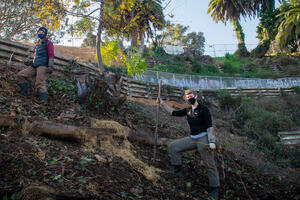 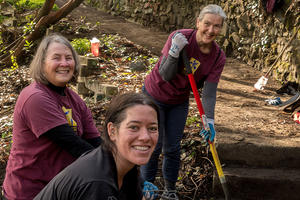 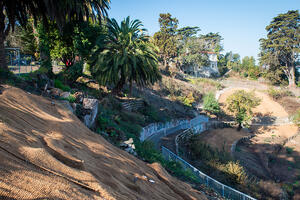