East Black Point Project at Fort Mason Kicks Off Next Phase: We Goat This 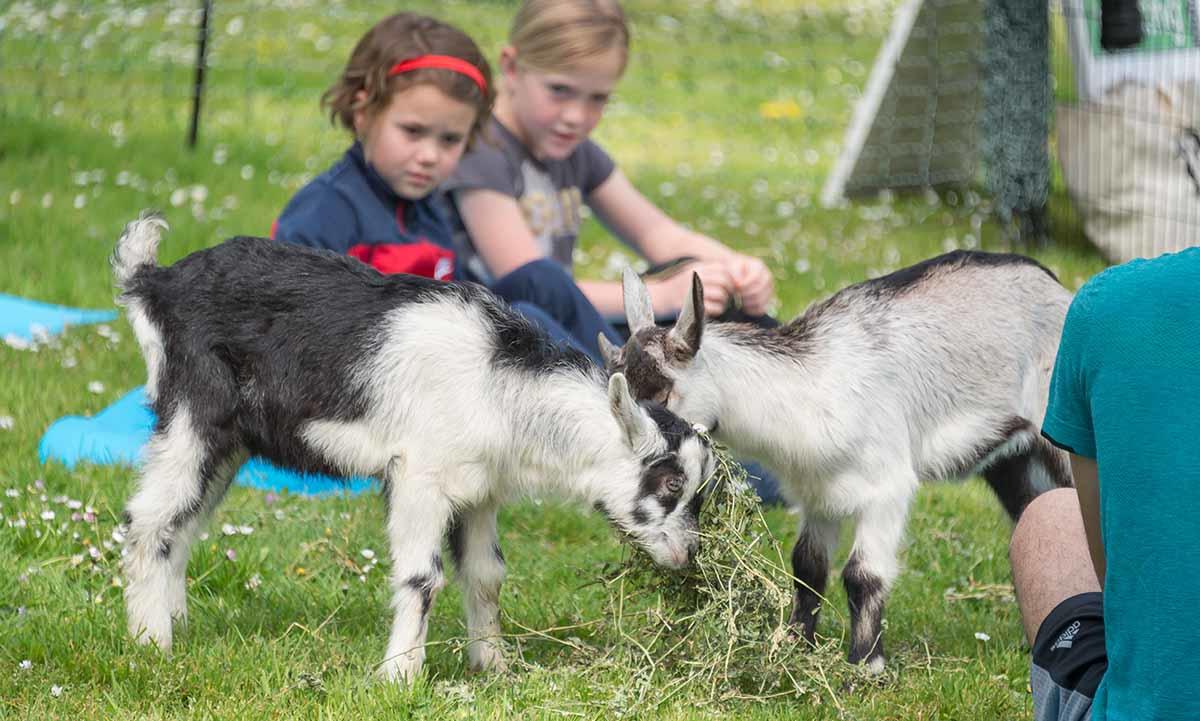 Black Point sits on the northeastern bluff at Fort Mason—a former Army post that is now an amalgamation of residences, visitor destinations, and offices. Overlooking Alcatraz and the San Francisco Bay, this site derives its name from the native vegetation that covered the hillside. When sailors looked at Black Point from the bay, the dark green of the evergreens on the bluff stood out against the surrounding light-grey coastal scrub and sand dunes. Since the 1850s, walkways, stairs, and gardens have led from bluff top residences to the waterfront. However, most people don’t even know this path system exists.

They also probably don’t know this site was the home of General John C. Fremont and Jessie Benton Fremont, a power couple, who hosted abolitionist salons after moving here on the eve of the Civil War. Jessie, daughter of a prominent anti-slavery senator from Missouri, befriended Reverend Thomas Starr King—the Unitarian minister known for his powerful abolitionist sermons and advocacy for the rights of free blacks—who used a quiet study behind her Black Point home to write his fiery speeches. Learn more about this relatively unknown history here: https://www.nps.gov/articles/antislaveryadvocacyblackpoint.htm

More recently, the Golden Gate National Parks Conservancy and the National Park Service (NPS) have partnered to rebuild and reopen the East Black Point walkways. You may remember the 75 goats from City Grazing in San Francisco’s Bayview that were brought in over the summer of 2017 to help munch through weeds that had overtaken the hillside. Onlookers were delighted observing Boers, mixed boers, Nigerians, alpines, pygmies, and other goats as they mowed down invasive vegetation and cleared slopes (more cute goat photos here) so engineers and surveyors could assess the condition of the historic structures and landscape. Thank goat!

Identified as a priority project by the NPS in 2012, the goats helped kick off planning to rehabilitate the site’s network of historic walks, walls, benches, viewpoints, picnic areas, and stairs. Now, with design for this site complete, the East Black Point construction project will begin this summer at an estimated $1.3 million budget.

“There are definitely challenges to adapting historic sites to park use as they were not intended to be public spaces,” said Diane Ochi, Senior Project Manager with the Parks Conservancy. “But we are renovating and reopening the pathways, keeping safety, security, and appropriate use in mind. We have also formed a new community stewardship program to make sure the garden restoration work continues after the restoration work is over.”

You don’t have to be a goat to volunteer to restore the historic Black Point Gardens and bring this spectacular site connecting Fort Mason to Aquatic Park back to life. You can learn more here: https://www.parksconservancy.org/programs/black-point-historic-gardens and email volunteer@parksconservancy.org.