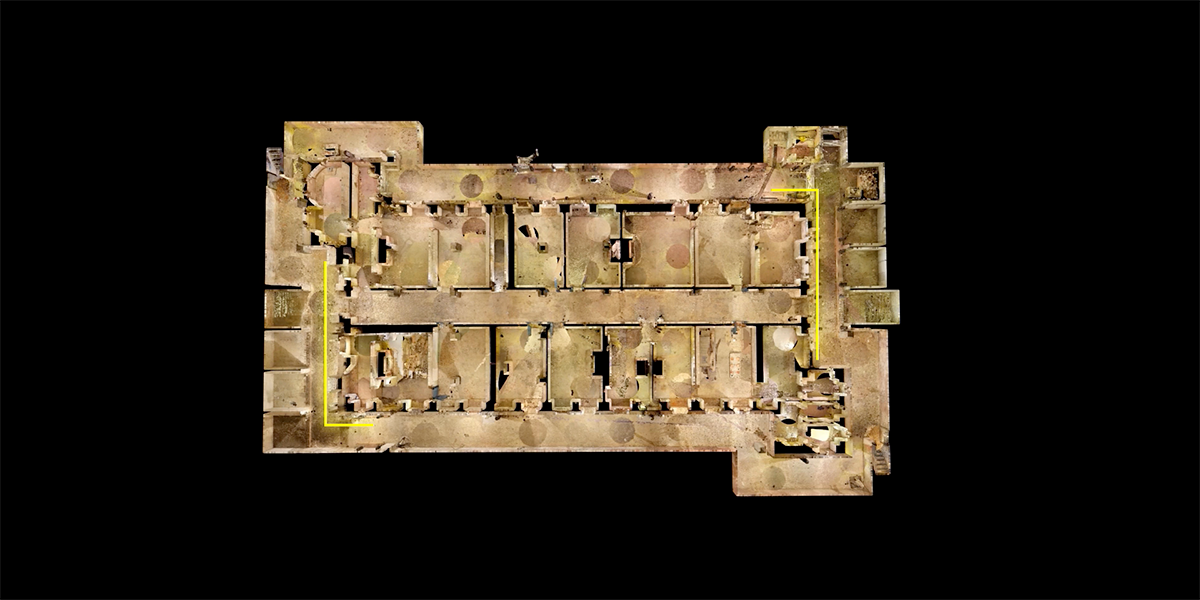 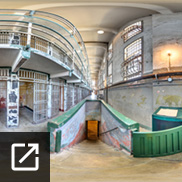 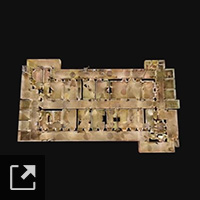 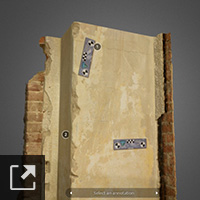 Two closed-off stairwells lead down from the first floor of the Alcatraz Cellhouse to a lower, blocked-off basement level called the Citadel, one of the earliest structures on Alcatraz. The still-intact walls of the Citadel contain a collection of markings that offer clues to understanding Alcatraz’s complex recent history as a military fort, military prison, and finally a federal penitentiary.

In his work, Davidson was most compelled by the several generations of wall markings that can be seen throughout the Citadel.

“Whenever I go into a historic building, I’m always looking for clues to how people have used this space or passed through it,” Davidson said.

Used for some of the most severe and inhumane forms of solitary confinement during the military and federal prison chapters on Alcatraz, the Citadel has walls etched with names of formerly incarcerated people, which can be seen in the 3D Models: Photogrammetry models of Citadel wall markings.

Phillip Grosser was a conscientious objector who refused the draft in World War I, and was forced into confinement on Alcatraz from June 1919 to December 1920. Grosser was subjected to many 14-day-long periods of solitary confinement in the Citadel—complete darkness, a cold, damp climate, rodent infestations, no bed, a bucket toilet, and an insufficient diet of bread and water. Such ruthless conditions are what led Grosser to call the Citadel the “dungeon” in his 32-page pamphlet, Uncle Sam's Devil's Island. Grosser carved the number assigned to him at Alcatraz, #11461, into bricks in the Citadel.

According to the last stop on the virtual tour at the West Stair, formerly incarcerated individuals were escorted down one set of stairs to the basement level and brought up the other set of stairs on the opposite side of the building at the end of solitary confinement. This meant that others saw them “go down the stairs but never saw them return—a psychological tactic” used to incite fear and concern.

The once three-story Citadel, a barracks surrounded by a dry moat and built in 1859, was part of Alcatraz’s chapter as a military fort. In 1908, the upper two stories of the Citadel were demolished to make way for construction of a military prison, but the lowest level of the Citadel was kept and buried for use as the foundation. The fly-through animation of the Citadel displays its layout in comparison to the cellhouse, providing a birds-eye-view of its many rooms and corridors.

Today, the basement level of the Citadel is still intact under the cellhouse. Due to concerns over visitor safety, the Citadel is not open to Alcatraz visitors for interpretation. Through the digital resources on this page, this site and its history can be observed and interpreted virtually. 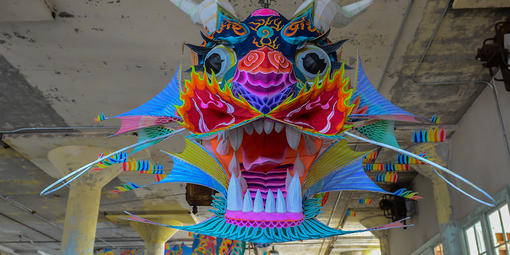 @Large: Ai Weiwei on Alcatraz in a Virtual 3D Space

Visitors can now revisit—or view for the first time—this once-in-a-lifetime installation of art within the confines of Alcatraz. 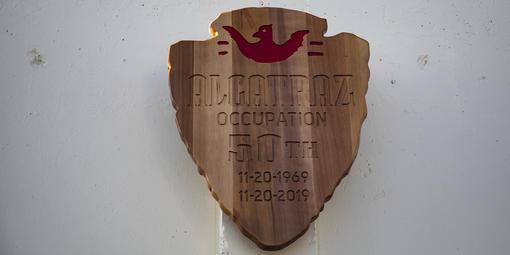 In November 2019, hundreds of people from around the country came to Alcatraz to celebrate a momentous event in the Native American rights movement: The 50th anniversary of the 19-month Occupation of Alcatraz from 1969 to 1971. Here are photos of the series of events that took place on the... 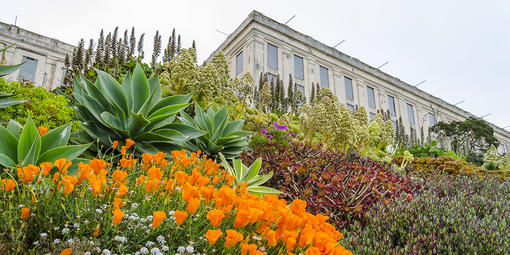 Just the essentials: How the Alcatraz gardens grow

For two months this year following the shelter-in-place order, the five gardens at Alcatraz grew wild and untended until Shelagh Fritz, the Senior Program Manager on the island, was able to return. The history of the Alcatraz Gardens is one of careful planning, wild growth, and dedicated work.