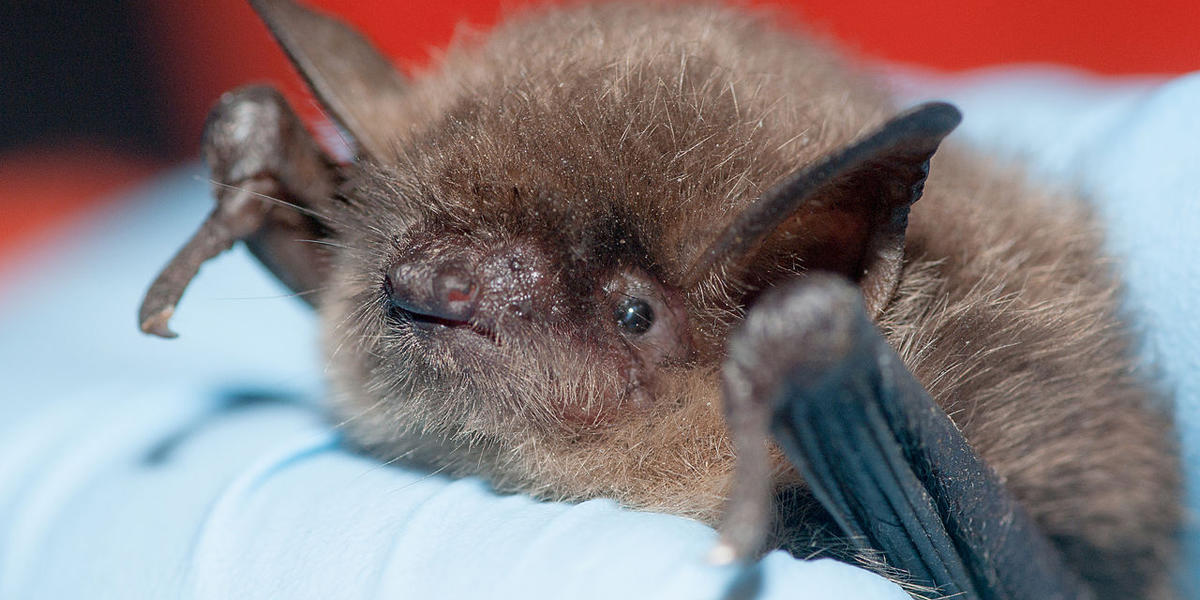 Bats typically aren’t regarded as the most cute and cuddly of mammals, but the fact of the matter is that they play an extremely vital role in maintaining the health and function of many ecosystems across the globe. As insectivores, many bat species help keep insect populations under control and ensure problematic pests don’t get out of hand. Not only is this good news for gardeners and small-scale land managers, it’s also fantastic news for the agriculture industry, which estimates about $1 billion in crop damages from one particular species of moth every year. With bats in the mix, agriculturalists save millions in crop damage every year in addition to the extra money saved by not having to apply pesticides to their crops (or at least at a reduced rate).

Not only are bats saving agriculturalists money, the reduction in the rate of pesticide application is also healthier for the ecosystem as well as for those who work to care for and harvest these crops. Besides pest control, bats are also very effective pollinators and seed dispersers. Over 500 species of plants rely on bats for pollination, including bananas, mangoes, and agave! As mentioned before, many bats are insectivores, but there are many species that prefer to feed on nectar or fruits instead. Those that prefer to drink the nectar from flowers unwittingly aid in the pollination of these flowers, transferring pollen from flower to flower as they visit different sources of nectar. On the other hand, bats that prefer to feast on fruits often end up consuming many seeds throughout their lifespan along with their meals. As they travel long distances in the night, they disperse and fertilize these seeds in open areas, thus allowing for the propagation of many different kinds of fruit trees.

Keeping in mind all that bats do for us, it’s a good thing the bats that call the Bay Area home are insectivores. The Bay Area currently has 16 native species of bats. Though it’s difficult to spot bats in San Francisco—the lack of proper roosting habitat and human interference makes it difficult for them—there are a few places where you might see bats at sunset. These include Fort Funston and Golden Gate Park. Some of the bats you might spot include: California myotis, Yuma myotis, little brown, fringed myotis, big brown, silver-haired, red, hoary, and Mexican free-tailed. Just across the Golden Gate in Marin, it might be a little easier to go bat-watching. Marin has 13 known species bats including all of the ones listed above and the following: pallid, western red, western long-eared myotis, and the long-legged myotis.

Unfortunately, there are a few problems affecting our little flying friends that is making it difficult for them to survive. These problems not only affect San Francisco, but are also a continent-wide problem. Bats roost in a variety of places depending on the species, but habitat loss through construction or introduced weeds is making it more and more difficult for bats to find a good place to sleep and feed their young. With less natural spaces, bats may choose to roost on private property where misconceptions about disease and illness may cause the owner to chase them out. As bats are migratory creatures, they need long, uninterrupted stretches of land where they can hunt for insects and rest, but with development fragmenting their habitat, it is becoming more and more difficult for bats to be able to hunt and roost. Currently, there is also a disease called white-nose syndrome which devastating bat populations. White-nose syndrome stems from a fungus that grows in cold environments. When bats hibernate for the winter, they drop their body temperature to save energy. Unfortunately this allows white-nose syndrome to grow in their noses and ears. White-nose syndrome was first spotted in New York and has since spread across the continent, killing millions of bats. Though bats in California have not yet suffered losses from white-nose syndrome, it was recently detected near Lassen Volcanic National Park. This is a serious threat as white-nose syndrome has killed over 6 million bats in North America since 2006. Find out more info on real steps you can take to stop the spread of white-nose syndrome here.

So what more can we do about all of this? Well, the first step is to know what kinds of bats we have around us so we can track their numbers. From there, creative methods can be tested to see how we can help our local bats.

During the 2016 One Tam ecological health survey, researchers noted information on local bats was seriously lacking. Because of this, funding was given to increase our knowledge of what kind of bats live in Marin and how they are impacted through human activity. The research began by trying to figure out how many different species of bats exist in Marin and where they are foraging and roosting. From there, an ongoing effort began to track bat numbers and roosts. There are several ways to do this, the main two being acoustic monitoring surveys and roosting surveys. The North American Bat Monitoring Program (NABat) has split the continent into a grid system. Ten of these grid squares lie in Marin County with three squares considered highest priority areas. At each of the four “corners” of the square, an acoustic monitor needs to be set up. These acoustic detectors are highly sensitive pieces of equipment that involve a recorder attached to an ultrasonic microphone that is secured 20 feet above the ground. They are usually set up in “flyways,” which are open areas near water as water attracts insects, which are a great source of food for our local bats. These monitors are left running for about a week to see how many bat calls they pick up. Each of the twelve species of bat above has a unique call that the recorder can pick up and biologists can then sort through. Roosting surveys involve less equipment and more eyes. They involve finding bats and bat colonies using radio telemetry and then counting the number of bats that leave the roost at night. These surveys are usually done year-round depending on the type of data researchers are looking to collect. These are just two of the surveys that give us a better picture of the status of our local bats.

Going forward, what kinds of things can we do to bolster our bat populations around the world? An easy way to start is to educate your friends and family on the benefits and ecosystem services bats provide. Many people seem to misunderstand bats, often mistaking them as pests and potential vectors of disease, but the truth is that they do a lot more good than harm, both environmentally and economically. Apart from being bat ambassadors, we can also help out by providing bats with ideal bat habitat. To achieve this, we should all work towards dramatically reducing the use of pesticides (which allows insect populations to thrive and serve as prey for bats) when possible, protect potential sources of drinking water for bats, and avoid disturbing areas where bats could be present or roosting (such as dead or dying trees and caves). Leaving these areas alone during times of the year when bats are expected to be hibernating can help them reserve all the energy needed to make it through the winter, which may then promote the growth of bat populations everywhere. That being said, it is still unknown whether our local bats participate in long term hibernation. However, roost habitat is important to protect year-round, but especially in the summer and fall when bats are rearing their young as most bat species only have one pup a year. Another interesting thing people could do to help bat populations is to provide suitable habitat for bats to roost via the installment of bat houses. Bat houses work similarly to bird houses in that they provide bats with spaces for them to gather and rest when there aren’t many other options around. For more information on how to build and install these bat houses, follow the link here.

Last but not least, we would like to thank Katie Smith from the Golden Gate National Parks Conservancy for being an amazing bat ambassador and mentor. Without her, we would not have had the opportunity to learn and help out with the ongoing projects to promote the health and knowledge of different bat species within the Bay Area. All the hard work she does to better understand bats is truly inspiring, and we are more than happy to help spread the word on all the fascinating research being done to help bats here and around the world.