Once an army airfield, Crissy Field was transformed in 2001 into a one of the most popular outdoor spaces in San Francisco 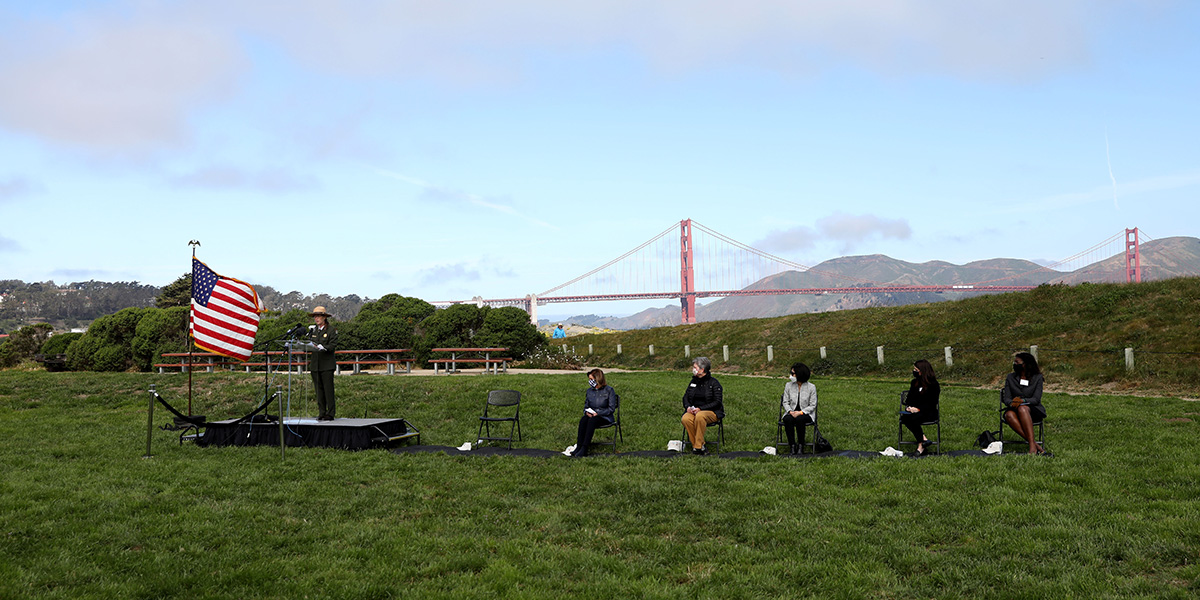 Twenty years ago, the revitalization of Crissy Field reshaped San Francisco’s northern waterfront. A former concrete and derelict US Army airfield, Crissy Field now serves as a treasured national park site, right in the heart of San Francisco. Crissy Field has become a place for nesting birds and a sanctuary for calm. This national park site also provides a launch spot for exhilarating fun whether you’re a kiteboarder, swimmer, dog lover, avid fisher, cyclist, walker, runner, kid, or a kid at heart.

“Twenty years ago, our city celebrated the transformation of barren, broken asphalt into a beautiful beacon of recreation, education and community,” said Congresswoman Nancy Pelosi, Speaker of the House. “Crissy Field has become central to San Francisco’s identity, a space that strengthens bonds between neighbors, offers a chance for communities to connect with nature and welcomes visitors to our diverse, vibrant home.  As we mark this special anniversary, we give thanks to the alliance of governments, community advocates, philanthropists and nonprofits that made this restoration possible, and we recommit to preserving our public parks so that children can enjoy our city’s wonders for generations to come.”

The revitalization of Crissy Field, now 100-acres of open space, restored wetlands, beaches and San Francisco waterfront enjoyed by all, was made possible thanks to the incredible vision and generosity of the Evelyn and Walter Haas, Jr. Fund and Colleen and Robert Haas, as well as thousands of community volunteers and donors.

“The story of Crissy Field is a story of community,” said Cathy Cha, President and CEO of the Haas, Jr. Fund. “It is about people coming together to create something special: a park that is open and accessible to everyone.”

The Golden Gate National Recreation Area, situated in and around San Francisco, is the second most-visited park in the National Park Service, hosting more than 12 million visitors in 2020. A diverse park with abundant recreational opportunities, as well as natural, cultural, and scenic resources, it encompasses nearly 84,000 acres across three counties.

“National parks bring vitality to urban areas, and Crissy Field in San Francisco is a great representation of what the Golden Gate National Recreation Area has to offer. This is a much-loved unit of the NPS, and consistently ranks in the top visited places within the national park system,” said Carey Feierabend, Deputy Superintendent, Golden Gate National Recreation Area.

More than 3,000 volunteers helped with the restoration of this beloved land in 2001, cleaning East Beach and making important contributions across Crissy Field. At Crissy Marsh, 230,000 cubic yards of soil was removed to restore historic habitat for great blue heron, snowy egrets, crabs, fish, and more than 50 species of plants and animals.

San Francisco District 2 Supervisor Catherine Stefani noted, “In the two decades since the restoration of Crissy Field, the National Park Service and Parks Conservancy have partnered with our community to further improve this space. The recently completed Quartermaster Reach project, which restored an area of tidal marsh and created a new section of trail just steps from where we stand today, and the revitalization of the Presidio have advanced our shared goal of making parks available to all San Franciscans."

Crissy Field is a place for people to connect, enjoy picnics and walk with friends and family amidst some of our city’s most iconic views – Alcatraz Island, the Golden Gate Bridge, Marin Headlands and the San Francisco city skyline.

About the Golden Gate National Recreation Area
Golden Gate National Recreation Area, situated in and around San Francisco, is the second most-visited park in the National Park Service, hosting more than 12 million visitors in 2020. A diverse park with abundant recreational opportunities, as well as natural, cultural, and scenic resources, it encompasses more than 80,000 acres across three counties. The park also administers two other NPS areas, Fort Point National Historic Site, a Civil War era fortress built on the northernmost point of land in San Francisco, and Muir Woods National Monument, which comprises an impressive stand of old growth coastal redwoods in Marin County.

Support for Crissy Field’s Revitalization
Crissy Field was transformed from a former military airfield into a beloved national park site through the generosity of the Evelyn and Walter Haas, Jr. Fund and Colleen and Robert Haas, as well as thousands of community volunteers and donors. Twenty years ago, on May 6, 2001, we celebrated the project’s completion with a grand opening event attended by 75,000 community members. 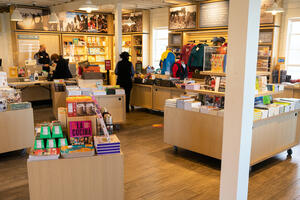 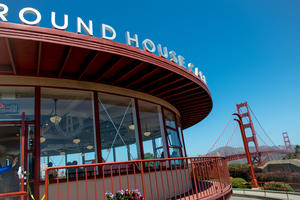