Letter of Recommendation: Taking a Walk in the Park 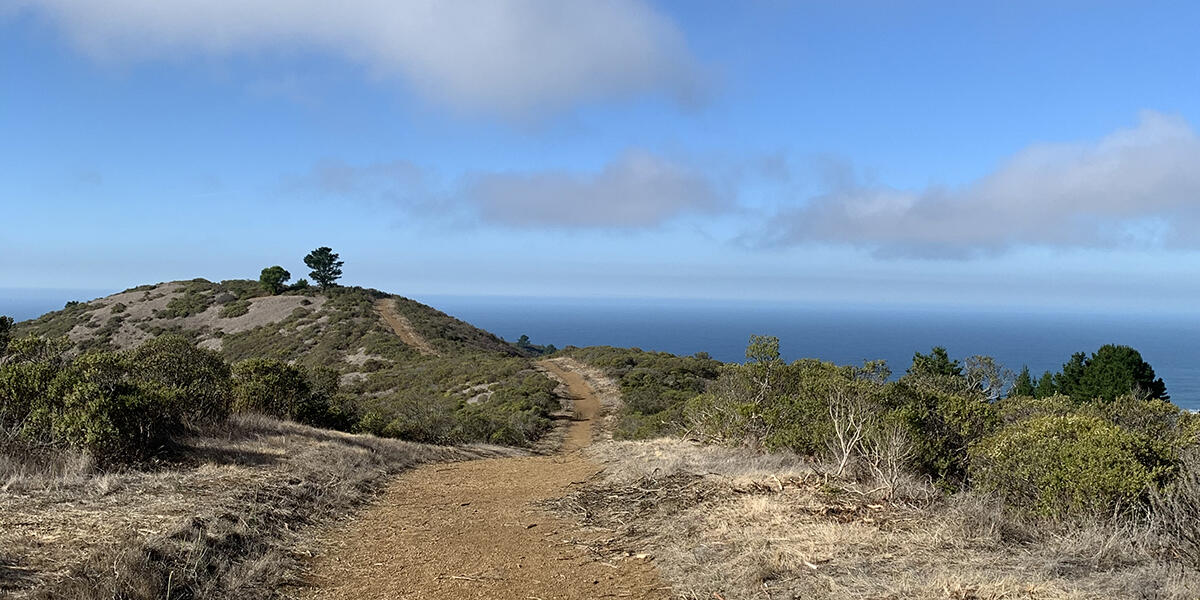 The view of the Pacific Ocean from Sweeney Ridge. Beatrice Kilat/Parks Conservancy

In 2020 I became a walker. When the stay-at-home orders hit in March, I went outside and walked up the hill, around the corner, down the hill and back home again. In the summertime, I walked down the middle of slow streets, took loops through cul-de-sacs and generally wore a path into the blocks around my neighborhood.

I missed the wide pathways of the Presidio and walking under the green canopies of the forest on Mt. Tamalpais, but the longer I spent indoors the easier it became to think of the outdoors as literally just that: anything outside my front door. I thought: How different could a walk in the park really be, compared to my neighborhood walks?

Very different, it turns out.

Sweeney Ridge is a hilly hiking area just a half-hour drive from my home in Oakland, and a little closer to San Francisco. Nestled between San Bruno and Pacifica, the 1,200-foot summit of the ridge slopes down to the Bay on one side and to the Pacific Ocean on the other.

One day in the fall, after a morning of emails and excessive screen time, I took an early lunch break and instead of taking my typical loop through the neighborhood, I drove the half-hour down to San Bruno and made my way to the ridge.

The map on my phone led me through a residential neighborhood not totally different from my own and then dropped me at the Sneath Lane trailhead, a paved trail that can be hiked or biked. There were a few other cars in the lot, but mostly I was on my own. I stopped and read the signs about the different wildlife that make their home in the park, and then I started walking.

The first people I saw on the trail were an older couple making their way down the path. I smiled under my mask and waved hello, encouraged to keep making my way up the gentle but increasing incline of the ridge. To the east, I could see San Francisco International Airport and all the typical signs of city life, but that fell away as I walked deeper into the park.

Higher and higher, I walked through a patchy bit of fog, past a fantastic cluster of Monterey pines and eucalyptus trees. The higher up I walked, the further I could see: the blue of the San Andreas Reservoir, the green of the sloping valleys stretched out in front of me. I passed dogs and their owners out on walks of their own, and paused at the plaque commemorating the Portola expedition.

I was suddenly at a juncture where I could choose many different trails. So, I decided to keep walking, curious as to what I would see next.

From a distance, I witnessed a chance meeting of a pair of strangers who had last seen each other at their office jobs in San Francisco. I shared the path with mountain bikers, cautiously navigating the now-rocky terrain, and I stalked songbirds as I continued up the Baquiano Trail, following the path up and up until the blue of the sky met the blue of the Pacific.

It was stunning. With the sun directly overhead, I realized I had accidentally timed the walk to perfectly coincide with the time of day most likely to yield a clear view. I could see the state beach and beyond it to the Farallon Islands, as well as neighborhoods and signs of city life in Pacifica from a distance.

From the overlook, I stood and watched the waves roll onto the shore, really stopping for the first time since entering the park. I thought of the little hill in my neighborhood and the big hill I was standing on, of the different paths and possibilities that can exist. There is so much there there in the outdoors, so much to see just 30 minutes beyond your front door.

I watched the waves for a few more peaceful minutes, exhilarated by the view and from the physical exercise. Then I turned around and started walking down. 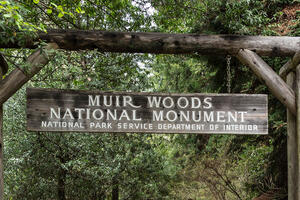 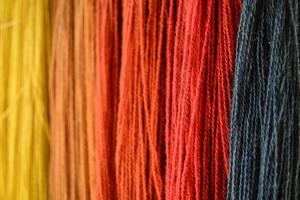 California native plants to dye for