Located at the westernmost point of Lands End, the historic Sutro Baths was once a lavish 25,000-person swimming facility and museum built in the 19th century by former San Francisco mayor Adolph Sutro. The facility’s six saltwater swimming tanks (ingeniously flushed by the tides), 517 private dressing rooms, restaurants, and arcades were enclosed by 100,000 square feet of glass.

Though the grand structure was destroyed by fire in 1966, the foundations are still visible on the rocks north of the Cliff House. Trails lead down to the ruins from the Merrie Way parking area.

The Dune Tansy
Between June and September, the golden-yellow, button-shaped flowers of the dune tansy (Tanacetum camphoratum) brighten the cliffs around Sutro Baths. Even prettier than its blossoms are this native plant’s delicate, feathery leaves, which are thick with soft silvery hairs. People once made an herbal remedy of tansy tea to cure colds, expel worms, treat hysteria, strengthen the kidneys, and ease other ailments.

Northern River Otter
River otters (Lotra canadensis) are a semi-aquatic, carnivorous member of the weasel family. Though they may look cute and cuddly, these charismatic mammals are bigger than you may think. They can weigh between 10 and 30 pounds and measure up to 4 feet long.

River otters are curious by nature and will sometimes approach people. Although this may seem charming, for your safety please keep a safe distance. Wild animals can be unpredictable, and river otters have been known to attack people. Report any encounters or attacks to Park Dispatch at 415-561-5510. It is violation of Federal law to feed or approach wildlife CFR2.2(a)(2).

Adolph Sutro once owned one-twelfth of the land in the City and County of San Francisco. He built the Cliff House, Sutro Baths, Sutro Heights Gardens, and Cliff House Railroad at the city’s northwestern tip—an area of rugged coastal geography that now shares his name. 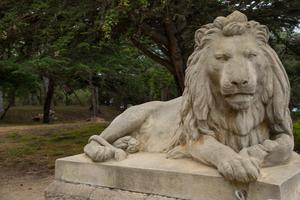 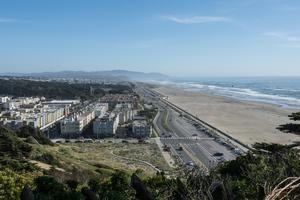 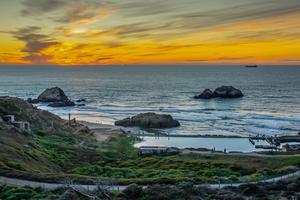 Hiking
Find other activities in the park 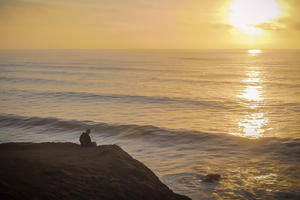 Jaw-dropping Sunset Spots in Our Parks 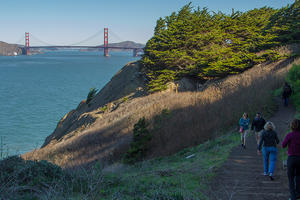 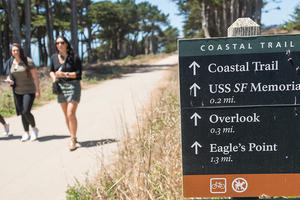 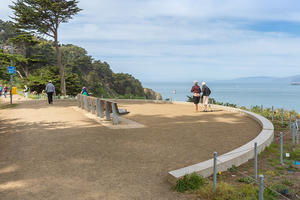