Keeping coyotes and all wildlife wild in the GGNRA 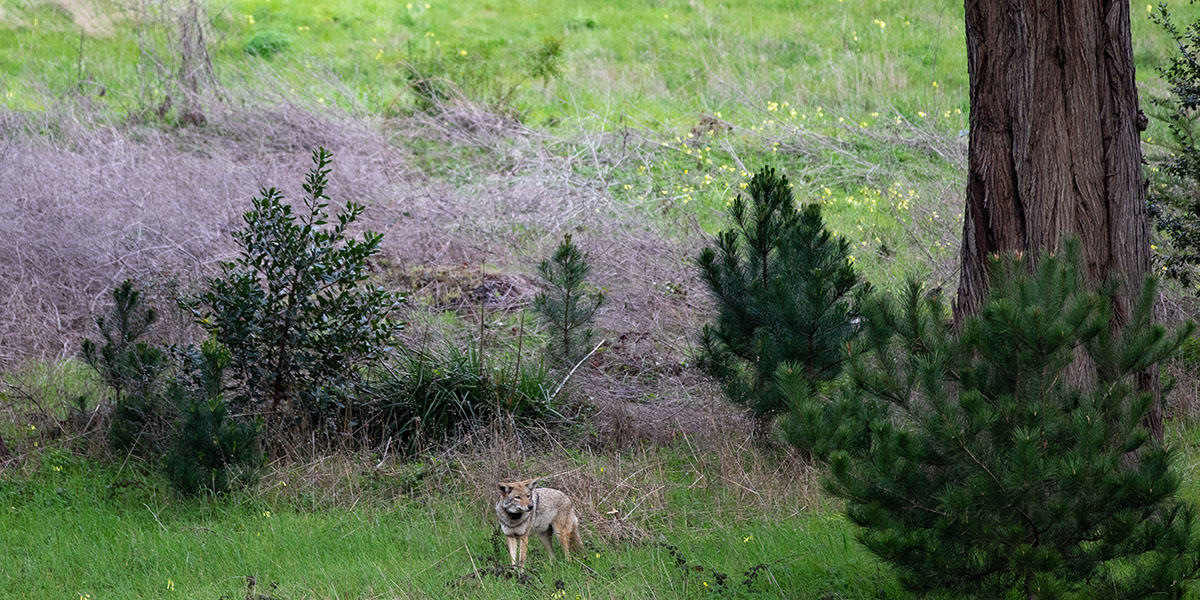 In the Golden Gate National Recreation Area (GGNRA), spring is heralded by the arrival of flowering plants, lush green spaces and, in some parks, coyote pups. Pupping season, which runs from early spring through fall, is an active time for coyotes as they protect and take care of their young pups.

Here you’ll find a handy list of coyote tips and best practices for staying safe and informed while you enjoy our parks during pupping season and beyond.

The easiest way to maintain a safe environment for coyotes and all living things in the park is to minimize interference from and interactions with humans. Properly dispose of trash or pack it out, and do not feed or approach animals.

A healthy coyote will always try to keep its distance from any people and is not naturally aggressive towards humans. If a coyote becomes accustomed to receiving food from humans, their behavior can become unpredictable and potentially aggressive.

Jonathan Young, a Wildlife Ecologist for The Presidio Trust, is one of the behind-the-scenes experts in the Presidio and the operator of the Coyote Hotline.

“The worst thing you can do for animals and for our community of humans is to feed them,” says Young. “If a coyote gets habituated to feeding, the only option is lethal and brutal. A fed bear is a dead bear and that applies to all wildlife.”

Never approach or pursue an animal to take a photo. Use binoculars or telephoto lenses to get a better view. It’s illegal to willfully remain near or approach wildlife within any distance that disturbs or displaces the animal.

We rely on the expertise of the wildlife management teams in our parks to translate the experience of park coyotes to visitors via purposefully placed signs. It’s especially important to mind the signage indicating the “no dogs allowed” buffer areas in parks like the Presidio where an alpha pair of coyotes has taken up residence.

Updates on important coyote activity in the parks are relayed through clear and prominent signs. Pause and read these carefully every time you visit—they’re updated any time new information is received—so you know what’s going on. 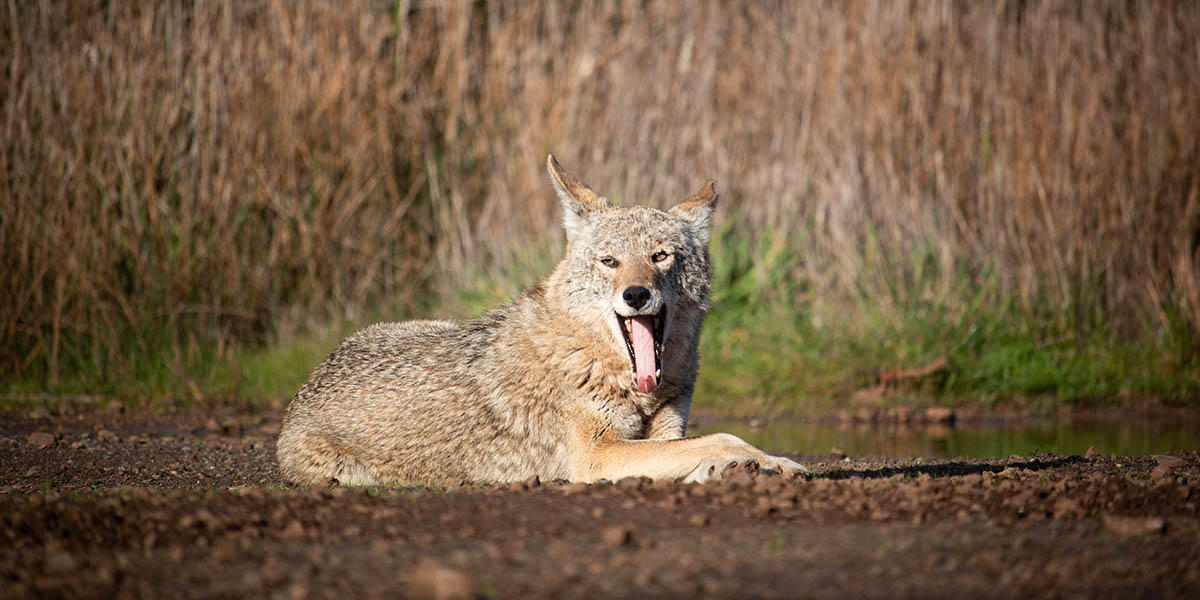 Find a new route for your dog

Coyotes rarely see dogs as a threat outside of pupping season. In the Presidio and all parks with documented coyote activity, keep your dogs on a leash and under your control.

“All canines are seen as a direct threat to the puppies,” says Young. “The coyote’s instinct is to reproduce and rear their young, so canines will be aggressively chased or pursued by coyotes until they are out of the den area.”

Stay safe and report any incidents

If you are approached by a coyote and you don’t have a dog, make loud noises and large movements to scare away the animal and retain its fear of humans.

If an incident with a coyote occurs in the Presidio, you can report it to the Coyote Hotline at 415-561-4148 or coyote@presidiotrust.gov. Information that you share directly informs wildlife management strategies!

Coyotes mostly operate out of sight. It’s unusual behavior for them to approach you or remain in an area near humans. By reading and following signs throughout the park, it’s likely that you won’t ever have a coyote encounter.

You might see a coyote from a distance early in the morning or at dusk, the times when they’re most active, and if you’d like to share information about it, you can log the event on iNaturalist.org or email coyote@presidiotrust.gov.

Keep these coyote facts and tips in mind as you enjoy the parks this season and beyond, and help keep our park wildlife wild! 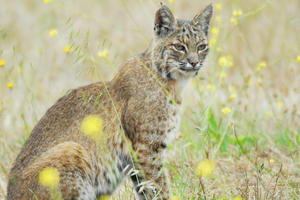 The Wildlife Wonders of Tennessee Valley