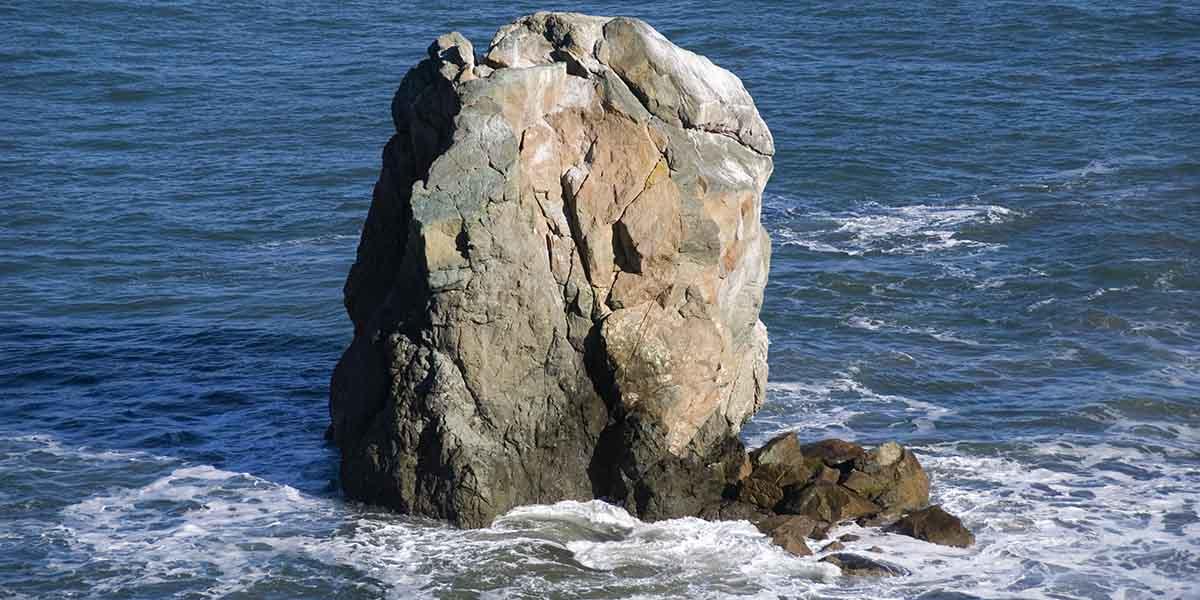 Some of the interesting geological formations seen from Lands End were once hills in a vast plain that extended 27 miles past the current California coastline. Al Greening / National Park Service

San Francisco, a truly unique city characterized by its proximity to the Pacific Ocean and amazingly steep hills, along with its many different neighborhoods with many different personalities, is the home that inspired and fostered the hippie counterculture movement in the 1960s as well as the famous Gold Rush era miners that began in 1849. But San Francisco’s most unique and interesting attribute might be the Bay Area’s geology. The largest and most impressive geologic structure of San Francisco Bay may be the bay itself, or rather, what lies underneath the bay.

The Bay Area was not always a bay, as illustrated in this KQED video. Underneath the area where the Golden Gate Bridge now sits, there was once a vast plain in which the river waters from the Sierra exited into the sea, 27 miles past the current California coastline and several miles past the Farallon Islands. This open expanse of dry land is most likely where the native people of the Bay Area used to live before the flooding of San Francisco Bay and the Farallon Bay. This fluid environment caused much erosion and allowed the intermingling of different rock types and minerals to sequester and accrete. Through thousands of years of sediment building up and with intense pressure and heat, these rocks that were deposited by ancient rivers formed the upper story of the land we know as San Francisco through a process known as metamorphism, which changes a rock’s chemical and physical attributes. San Francisco’s unique and varied rock composition is also caused, in part, by the various tectonic forces that surround the Bay Area. This varied rock composition or mélange is referred to as the Franciscan Complex and is typical of the type of faulting that the bay once experienced.

The subductive faulting of the local oceanic plate under the continental plate caused much uplifting of land inwards, which created the hills of both East Bay and San Francisco, the immense pressure and movement of these plates also created a special environment that left San Francisco with several interesting rock types: Franciscan Mélange, the California state rock Serpentinite, a rock made of dead sea critters known as Radiolarian Ribbon Chert, and “fluffy” looking Pillow Basalt.

These different rock types have had a direct effect on the past and current history of San Francisco. The mélange of the San Franciscan complex led to disasters when earthquakes happened, Pillow Basalt forms the foundation of the bay, sandstone tells us a story of grinding tectonic plates and ancient dune environments, and much, much more. This interesting matrix of various rock types and large amounts of serpentine soil in the area also leads to unique ecosystems that rely on the properties of the California state rock. The beautiful native lupine plants, for example, tend to not only thrive in these soils but do so because other plants cannot survive the slightly toxic soil composition.

To learn more about these rock types and several others, click here for pictures and more information about how these rocks have influenced the Bay Area. I hope by the end of this article you have gained a newfound appreciation for the geology of the Bay Area and how San Francisco rocks! 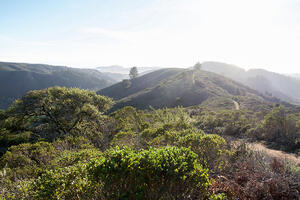 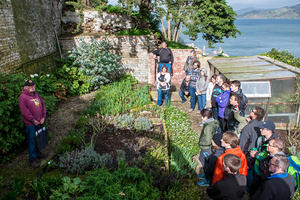 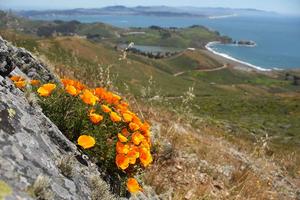 Beyond the super bloom: Why wildflowers are so important to Bay Area parks