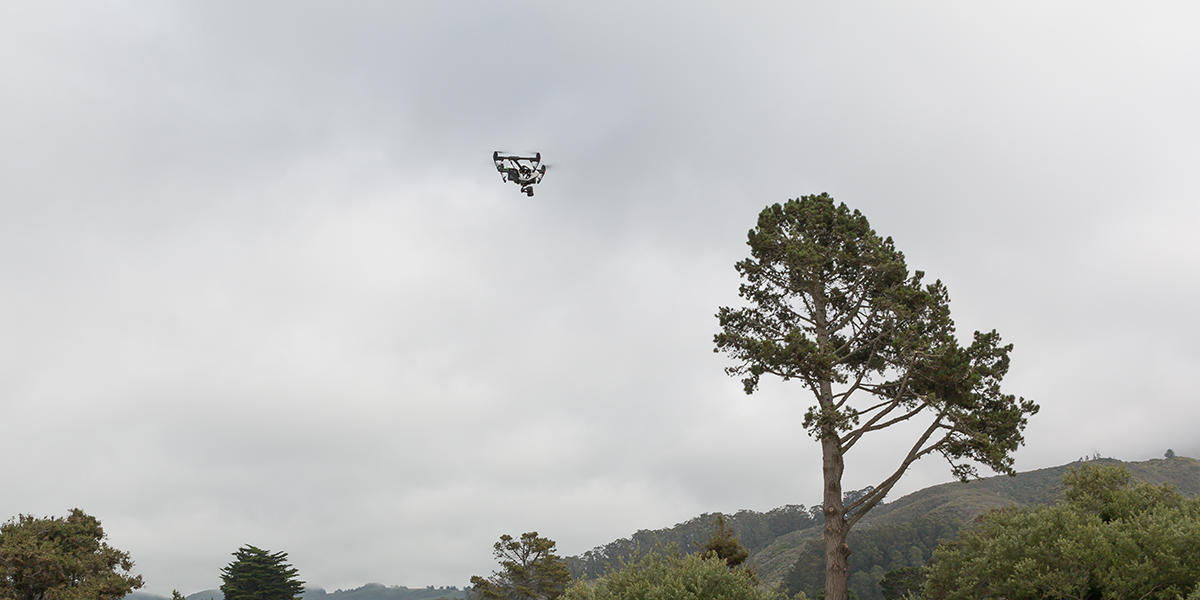 As the field of photography continues to evolve (anyone remember film?), so do the devices people use to capture their experiences. Enter unmanned aircraft (aka drones). These contraptions are surging in popularity, and they’re giving us that jaw-dropping bird’s-eye perspective that many shutterbugs crave.

It appears drones are here to stay, and they’re roosting all over the place. According to a report from the Federal Aviation Administration (FAA), sales are expected to grow from 2.5 million drones in 2016 to 7 million in 2020—a 180% increase.

Allen Fish, director of the Golden Gate Raptor Observatory, says GGRO observers have noted an increase in drone activity around Hawk Hill in the Marin Headlands. During their 16-week hawk monitoring period in the fall, volunteers saw (conservatively) 25 drones in 2016—up from 14 in 2015 and only one in 2014.

Despite the rising popularity of drones, the law has struggled to catch up, leaving many confused on when and where they can fly their new toys. And unless you’re well-versed in the sometimes-convoluted world of land management, finding a legal spot to let your quadcopter loose can be challenging.

This includes the entire 80,000 acres of the Golden Gate National Parks, from Stinson Beach to the Marin Headlands and from the Presidio of San Francisco to Mori Point. The public may not launch, land, or operate unmanned aircraft within the boundaries of the Golden Gate National Recreation Area. “You can take beautiful photos in the park, just not from a drone,” says Nathan Hale Sargent, Public Affairs Specialist for the National Park Service.

Why? Because one person’s toy and hobby are another person’s potential annoyance—and a potential risk to a national park’s natural ecosystems and historic features. Park management wants to ensure that the diversity of recreational pursuits and pastimes in the park is protected.

“Drones are a disruption to other visitors, and they are a risk to our resources,” Sargent explains. “I know from experience. I have one at home, and it's always crashing into things.”

Flying contraptions also have the potential to affect aerial species of wildlife.

“We know that some raptors respond aggressively to drones, and if [the birds] do attack them, the drone might die, but it could easily have an impact on the raptor as well,” Fish explains.

To avoid these types of bird versus machine collisions, Sargent notes that model airplane flights and operations are only allowed at Fort Funston (and only when hang gliders and para-gliders are not in the air) and Muir Beach Overlook.

For those violators who ignore the rules in the Golden Gate National Recreation Area, expect a hefty fine and potential confiscation of your drone.

According to the Bridge District’s website, “The Bridge is a very busy roadway... Whether due to operator error or technical problems, drones can and do fail. When they drop from the sky, they pose great risk of causing traffic, bicycle, and pedestrian accidents, especially given the crowded conditions on the Bridge and on District property.”

Those who violate the ban will be tracked and “the aircraft may be confiscated, and the operator may be prosecuted.”

Finding a spot to safely fly your drone may be a treasure hunt of its own, but luckily, through the magic of technology, there are online resources for that. Just to be safe, we suggest double-checking the land managers’ website for their official policy as some of the apps and websites dedicated to drone flying misstate the rules and regulations.

Drone Policies and No-Fly Zones from Other Land Management Agencies