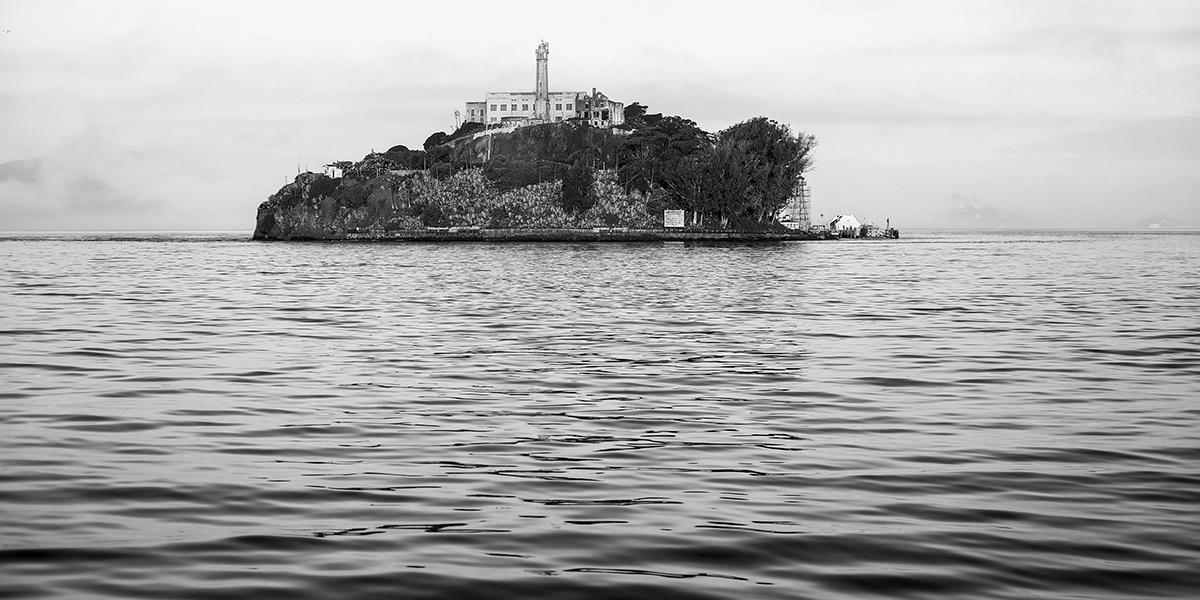 Golden Gate, meet silver screen. With the Oscars coming up (Feb. 24), we’re handing out (figurative) statuettes to the most memorable movie scenes filmed in the Golden Gate National Parks.

We also want to hear from you! “Comment” below and share with us your favorite movies or scenes that feature these national parks.

10) The Presidio (1988)
Although this one looks like a hit—featuring legend Sean Connery, an up-and-coming Mark Harmon, and starlet Meg Ryan—“The Presidio” disappointed critics and audiences alike. But we had to include this on our list. Come on—it’s a movie filmed at and titled after one of our park sites! Strangely, “Gerbode Valley” and “Phleger Estate” have yet to get the Hollywood treatment. We’re looking at you, J.J. Abrams. Watch a clip >>

9) The Rock (1996)
Unlike “The Presidio,” this Connery/Cage vehicle was a worldwide blockbuster. Although it has its fair share of factual errors, much of the film was actually filmed on the island—which remained open to the public during production. The climactic “green smoke” sequence, in fact, was filmed in the Alcatraz laundry-processing building. Here is that famous scene, in all its Cage-y glory. Watch a clip >> (For more stories and photos of Hollywood history on the Rock, pick up the action-packed Alcatraz: The Ultimate Movie Book.)

8) So I Married an Axe Murderer (1993)
Although not a huge hit, this dark comedy hinted at Mike Myers’ uncanny ability to portray multiple characters, a talent he would later play to the hilt in the “Austin Powers” movies. This film’s off-beat comedic style is encapsulated in this scene of an Alcatraz cellhouse tour. Yes, we have Alcatraz tours led by park rangers. But no, none of them are named (or nicknamed) Vicky. Watch a clip >> (WARNING: Adult language in this clip.)

7) Mrs. Doubtfire (1993)
Apparently, 1993 was a good year for cinema of the City. This much-loved family favorite wonderfully captures Robin Williams’ gift for manic, goofy comedy—as well as San Francisco’s exquisite scenic charms. In this trailer, both of those strengths can be seen simultaneously (at 0:55), as Mrs. Doubtfire pedals her young charge along that unmistakable strip of bayshore that would become our Crissy Field Promenade. Watch a clip >>

6) Dirty Harry (1971)
Clint Eastwood’s iconic character seems most at home in San Francisco’s grittier urban landscapes, but he also shows up in a couple places in our national parks. In addition to the scene in which he looks over the Golden Gate from the Marin Headlands, there’s this harrowing scene, beginning at 1:03 of this clip: a dash through the dark tunnel (closed to the public) under Fort Mason—home of Golden Gate National Recreation Area headquarters, and our Conservancy offices! Watch a clip >> (WARNING: Adult language.)

5) Memoirs of a Geisha (2005)
Its cinematic merits are disputed (some love it, some despise it), but what isn’t debatable is Muir Beach’s star turn in one of the most emotionally fraught scenes of the film. As Sayuri (played, controversially, by Zhang Ziyi) drifts to the end of a knife-edge promontory, park lovers might recognize the striking contour of the Muir Beach Overlook—and its soul-stirring vistas of the Pacific coast. Watch a clip >>

4) Star Trek IV: The Voyage Home (1986)
This installment of the “Star Trek” saga shows glimpses of the park, as Kirk and Spock ride a bus across the Golden Gate (in one of the film’s funniest moments) and stroll on the promenade near Fort Point. And, as Trekkies know—and this awesome compilation shows—our parks loom large in the Starfleet cosmos throughout films I–VI, with Command Headquarters and the Academy located at the Presidio and Fort Baker. Watch a clip >>

3) Escape from Alcatraz (1979)
In this dramatization of the more-incredible-than-fiction June 1962 escape attempt, Clint Eastwood is pitch-perfect as mastermind Frank Morris, who leads the Anglin brothers to freedom (possibly?) through an ingenious plot. This film scores big bonus points for its attention to historic details—the costumes are spot-on, and Paramount studios reportedly chipped in about $500,000 to restore and refurbish the weather-worn prison (imdb.com). Watch a clip >>

2) Harold and Maude (1971)
This quirky cult classic prominently showcases our parks in two scenes—the war protest scene (at Sutro Baths) and the penultimate car crash scene, in which a Jaguar E-Type plummets off a cliff. This segment, which starts at 1:02 of the clip, was filmed at Mori Point. We had forgotten just how long the camera tracks across the landscape, and lingers on the lovely bluffs and crashing surf. It’s truly remarkable. Watch a clip >>

1) Vertigo (1958)
Alfred Hitchcock, the Master of Suspense, set one of the key scenes of his masterpiece—on the short list of films up for discussion as the Greatest of All-Time—at Fort Point, now a National Historic Site in the heart of the Golden Gate National Parks. In terms of the quality of the film, and the prominence of our park site in the story, “Vertigo” is a no-brainer for the #1 spot. Watch a clip >>

Now it’s your turn. Disagree with our rankings? Did we forget one of your favorite films? Share your thoughts below by leaving a “Comment.”