Have you visited Muir Beach recently? If so, have you noticed the large channel cutting into the north side of the beach, connecting Redwood Creek with the Pacific Ocean? If you last visited during the summer, it probably looked like a sandy beach, but during the winter, the larger waves brought about by winter storms carve a path from the ocean up to the creek, while the higher precipitation levels on land bring more water flowing down the creek.

While you may (or may not) have noticed this seasonal change in the landscape, for the coho salmon (Oncorhynchus kisutch), this connection between the creek and the ocean is a matter of life or death.

This is because coho are anadromous, which means that after they are born in a freshwater stream, they migrate to the ocean, where they live for a couple years before returning to the stream where they were born to lay their eggs. 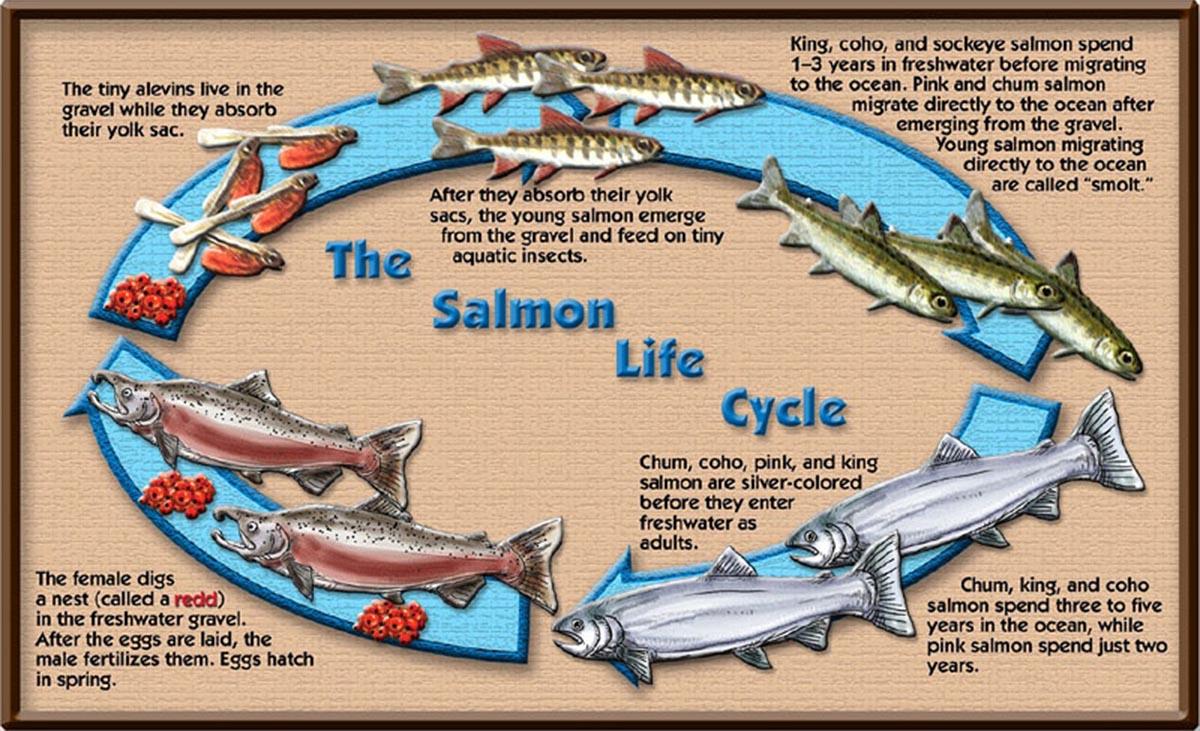 The life cycle of a salmon. Wikimedia Commons

In 2014, California was experiencing a prolonged drought, preventing the creek from connecting to the ocean and causing the decreased water level in the creek to be warmer than usual. Biologists from different public agencies were concerned that these conditions would lead to the extirpation, or local extinction, of the coho in Redwood Creek. To prevent extirpation, they began a five-year project where they captured juvenile fish from the creek, reared them at a freshwater hatchery, and released them back into Redwood Creek when they were ready to spawn.

Why do we care about coho salmon? From nature documentaries, you may already know that coho salmon are an important food source for animals. In addition, because of their migratory pattern, they help bring in nutrients from the ocean to an otherwise closed terrestrial ecosystem, nourishing the insects that decompose the coho carcasses, the plants that take up the nutrients in the soil, and the herbivores that eat those plants. In fact, through isotope analysis, salmon nutrients have been found as far as seven miles away from the stream of origin! So if we lost the coho in Redwood Creek, we might also lose the flora and fauna that rely on the nutrients brought in by the coho.

Coho salmon are found not just in California, but also in Japan, Russia, and Alaska, so why do biologists care about the coho in Redwood Creek? Couldn’t they bring coho eggs from elsewhere, and trick them into thinking that they’re from Redwood Creek? Unfortunately, the coho salmon of the Central Coast of California are a federally endangered subpopulation that is reproductively isolated from other subpopulations, which means that even if a coho from Alaska hatched in Redwood Creek, it wouldn’t be able to mate with the coho from Redwood Creek, making it one lonely fish.

On the beautiful morning of December 18, 2018, a community of friends of the Redwood Creek coho salmon came out to watch and assist the release of about 100 coho salmon. This community included National Park Service (NPS) Ranger Mia Monroe, residents of Muir Beach, visitors to Muir Beach, students from Greenwood School in Mill Valley, biologists from California Fish & Wildlife, NPS biologists, One Tam staff and members, Conservation Corps North Bay, and staff and interns from the Golden Gate Parks Conservancy! We watched as trained professionals and volunteers carted the coho across the footbridge and placed them into Redwood Creek, and were splashed in the face by fish that were excited to return to their natal stream. 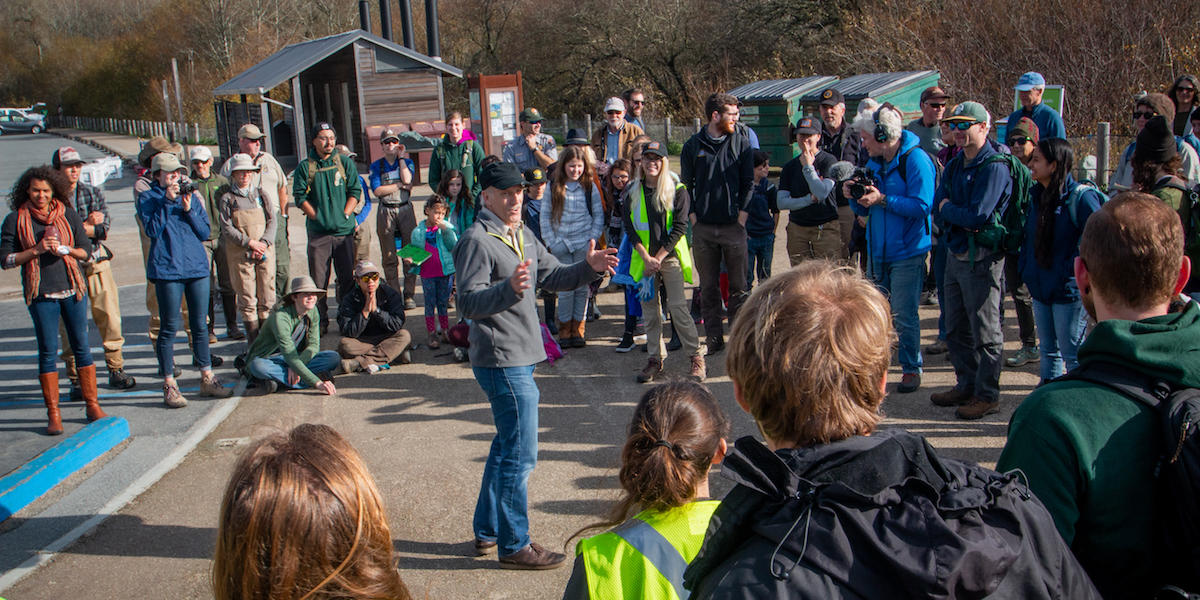 (For more photos from the December release, click here.)

After releasing the coho, the biologists don’t just bid the coho adieu and good luck—they return to the streams during the winter to track spawning distribution (how far the coho went) and survey for redds (salmon nests). They also monitor juveniles during the summer to estimate spawning success.

Next winter, we invite you to take a walk through Muir Woods along Redwood Creek, or sit on Muir Beach, where Redwood Creek meets the Pacific Ocean—you might see some coho salmon swimming upstream!